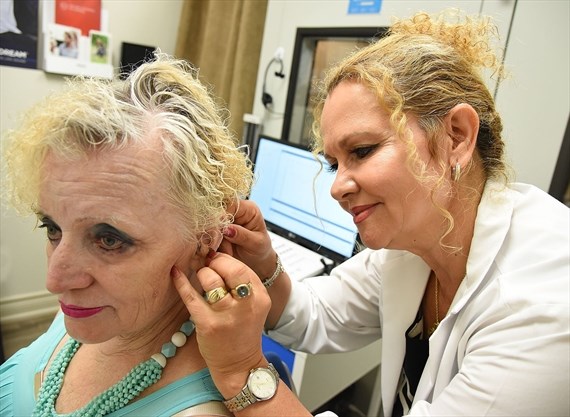 When Silvana Kasi was 12 and an up-and-coming ballet dancer, she used to engage in a unique ritual before she danced. She would ask a friend to tap her on the shoulder when it was her turn to dance onto the stage for her solo.


A violinist would also begin playing, signalling her to dance onto the stage. Trouble is, she couldn’t hear it. Once she was actually dancing, she didn’t have trouble hearing the entire orchestra. Her ear problems date back to when she was 9-years-old and had surgery on her right ear.

Kasi had repeated ear infections as a child living in Albania. The result of her surgery was “devastating,” she says. The operation restored her eardrum but two weeks after surgery, her hearing was worse than pre-surgery. She explains these events in a matter-of-fact way. “My parents didn’t have a choice. Two or three times a year I had an ear infection." Getting tubes inserted, one possible treatment for North American children with reoccurring ear infections today, wasn’t an available treatment at that time, she said.

Astellas Pharma Canada gives back to the community She became increasingly aware of the taboo associated with having a physical disability. “I didn’t want to be called deaf.” When she and her husband were first married, even her own husband didn’t even realize she had a hearing problem. It took her mother-in-law to point it out to him. The woman had noticed she would sometimes call Kasi from behind and she wouldn’t hear her.