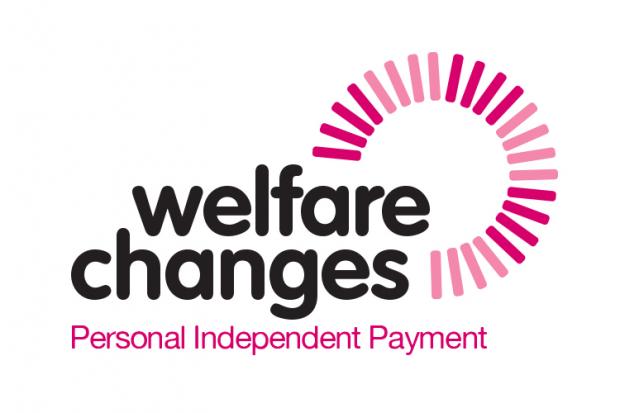 So effective the Americans sent own senators to the UK to see if they could cull the USA's disabled too, (perhaps one export that won't be welcomed from the UK!).  Tales of the social media tape...

Topic: The scandal of professional advisors who compete with the CAB on PIP claims, and the misguided disability advice groups who encourage it?

#1 If communication/hearing loss is your PIP issue here is one area that can advise it's quite important as CAB and others don't have the means to enable adequate advice. And, deaf in S Wales had to rely on the RNIB instead.

#2 I got in touch with a group on FB called Fightback4Justice and ended up paying a fee for them to complete my form. Got my PIP renewed plus got full mobility component which I didn't get previously! They also deal with mandatory reviews and appeals. They have a 98% success rate and are very understanding. Hope this helps.

#1 This suggests if you cannot afford a fee then you lose out which doesn't seem very fair. We had to rely on the RNIB charity or would never have got PIP. I was handed a link in S, England and they said pay these people they will get your PIP for you.

#2 F4J is a non-profit, non-funded organisation run by qualified solicitors, the fee is for costs(postage, printing, phone lines/calls, premises etc.) They started in their home but because of massive client base had to get premises.

#1 All I can add is that searching re PIP advice online threw up 800,000 UK  links to law firms (!) who certainly ARE for profit. I can also add when approached by a sign language user some said they would have to pay for own support too. The fact most cannot claim a welfare benefit without professional advice suggests we should be addressing why that is. Why are forms given out that people cannot understand? and, the DWP offering a BAN on legal advice during an assessment? (especially given a lot of medical people were unqualified to undertake the assessment via lack of speciality or training).

We have become easy prey for lawyers and solicitors, which means a 'Class/Postcode'  approach to welfare claims. Ergo if you are poor or have learning/literacy/mental health/support issues you cannot afford to, or be able to pursue a claim. 4 out of 10 claimants are deterred from claiming. It's become a lottery on claiming. You are 8 times MORE likely to qualify for PIP if you live in southern England with an identical issue.

Wales e.g. had no deaf charity or advice area with anyone professional enough to advise or able to use sign language as a medium. Deaf groups like the BDA told deaf signers to ask the RNIB (A charity for blind people) to help.  Links offered to English advice areas demanded an up-front fee first or even a personal commute to advise.

We would not need such advice if the DWP were not so determined to deter claimants they:

(a) made the forms unreadable

(b) the questions totally ambiguous,

(c) The assessors unqualified to assess with

(d) A remit to prevent claims,

(g) Charities to help who had no funds to do so, and even if you managed to wade through some of it, there would be

(h) A catch 22 at the other end via a questionable 'points' system,.

(i)  No inclusion of issues of communication.

If you qualify they go for the lowest award and challenge it months later again.    The continual stress and even suicides that are following is dismissed by national media, who label all disabled and vulnerable as frauds, and benefit claimants as work shy and lazy, even those receiving benefits and working because the wages don't cover basics like food, rent or even the cost of a commute to the workplace itself...  Social mobility is bollocks.

The DWP have just created job opportunities for lawyers and solicitors and the more aware. With no guarantees, a claim will stand later on after a review so you go through it all again. Atypical DWP challenges we got as deaf people, are that we were constantly asked to prove we were STILL deaf, a speaking voice equals hearing, so we tell them lies. We counter, then we are told our own deaf organisations insist we have no disability either, so we are under assault from without, and within. 300,000 HoH lost all entitlements to claim, 58% of deaf failed too.

By far the initial barriers were that communication issues were neither defined or included properly in the forms, and if you are of a sector of the deaf who claim English isn't your first 'language' there was no viable alternative for you. At best you might get a BSL terp for an assessment, by then the form you screwed up because you couldn't follow has already damned you.  Most deaf relied on hearing family who could not follow either.

Whilst additions to include communication issues have been made recently if they contradict your first claim you cannot challenge effectively or demand the first assessment was void because of the initial non-inclusion of your issue.

The DWP hired the top lawyers in the country to contrive benefits application forms and an assessment system that would be almost impossible for the claimant to understand or follow through without legal advice which they then duly blocked, along with last months ban on 3rd parties (Like your MP or councillor etc, being allowed access to your details at the DWP)  Which also raises an issue of can the DWP prevent the statutory advice areas helping you, by refusing them access to your claim file?

If you cannot get this access, the advice is impossible to give. I don't want links to other people, I want a form I can understand. Give us all legal advice no win, no fee!