Scientists in Germany have succeeded in restoring hearing sensations in gerbils using flashes of light. The technique, if it can be developed for humans, could offer a more refined, high-resolution auditory experience than what can be achieved with current hearing devices such as the cochlear implant.

The scientists, led by Tobias Moser, a professor of auditory neuroscience at University Medical Center Göttingen, achieved the effect using optogenetics. The technique involves genetically altering specific neurons so that they respond to light, and has become one of biotech’s hottest tools.

Moser and his colleagues are attempting to solve a problem that has stumped engineers for decades. The cochlear implant, invented half a century ago, does a decent job of sensing and converting speech in an otherwise quiet space. But move that conversation into a crowded room, and the wearer hears a jumbled mess.

“The chief complaint of people who depend on cochlear implants is that it’s hard to understand speech in noise,” says Moser. That’s because cochlear implants stimulate the ear too broadly. The device works by converting sound to electrical impulses that are delivered to the inner ear with electrodes. These impulses stimulate the auditory nerves that send messages to the brain, creating the experience of sound.

The problem is that the signals generated tend to spread widely around each electrode contact in the ear. The signals then interfere with each other, limiting the number of electrodes that can be used at a given time. As a result, the signals lump together many sound frequencies, making it difficult to discern between similar sounds due to poor frequency resolution. (You can experience a simulation of the sound from a cochlear implant by downloading software.) 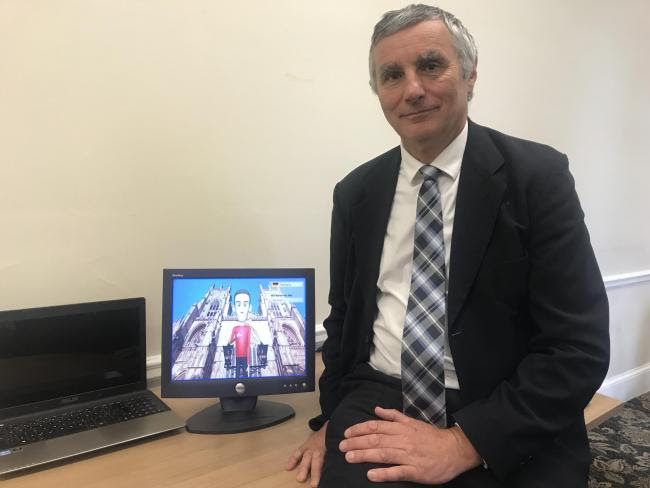 YORK could become the first city in the country to use a digital avatar to help deaf visitors explore tourist attractions. An academic at the University of York has been working on a project to create a virtual signer, which can translate text into a number of international sign languages. The text is then signed by an avatar named John.

A number of the city’s tourist attractions, such as the Jorvik Centre, have already shown an interest in using the software to help improve visitor experience for deaf people. Professor Tony Ward, who has been spearheading the project at the university’s department of electronic engineering, said: “I would love it if York was at the forefront of cities that say ‘we welcome deaf people.’ It’s a serious challenge.

“If you are a deaf person visiting York for the first time you want to experience the fantastic attractions we have to offer.” Prof Ward has been working with teams across Europe to develop the software, which will sign British Sign Language as well as Portuguese, Libra, German, Cypriot, Greek and Slovenian sign languages.

The ultimate aim of the project is to install touch-screens across the city in transport hubs, tourist spots and even hotels. Prof Ward added that the software still needs work, especially with facial expressions: “It needs improvement, there’s ongoing research to make it better and better. It’s rewarding to get to this stage.

“I would like to see it everywhere. There is no cost of hiring a sign interpreter, no video recording costs – it is all there in the software, and you can engage in a live conversation with a non-signing person.” He added that the avatar has been named John because it is the only name that translates into all the languages.

Rebecca Francis, commercial manager at York’s marketing body Make it York, said there are plans to introduce the software at the city’s visitor centre where the avatar will sign a welcome message.