THE most effective hearing loss access in the World. 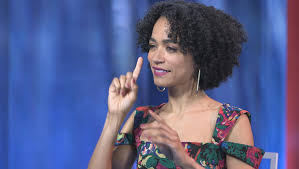 Excitement is mounting for The Walking Dead season nine after a first look teaser image was released.

It seemed to confirm a time jump was coming, therefore following a similar path as The Walking Dead comics. And now there is more evidence to back up the fast-forward, after the casting of a new role.

According to Entertainment Weekly, producers have cast the role of Connie, though with a major difference to the comics. Playing Connie is deaf actress Lauren Ridloff, who has been nominated for a Tony Award for Children of a Lesser God.

Some other facts.  At present, your supplier will be adding around £6 per year to cover the roll out across the UK, whether you have one or not. But each meter will cost the public around £200 each on average if they get one.  The only savings would be switching near everything off. This is in the wake of yet more energy price rises because the UK has had a few months of sunshine they said.

Things they neglected to mention....Vulnerable households face paying £57 more per year typically for their energy from April, warns MoneySavingExpert.com. This represents a rise of 5.6 per cent. Current inflation is only 2.4% so, we pay over twice that.

British Gas and EDF both announced price hikes in early April 2018. The increases will come into effect at the end of May, to ensure when winter comes they can make more money. Get smart, get your MP to lobby against the price hikes....HERE, they suggest the meters can be hacked easily too, although currently, they insist this wi-fi equipment cannot.. erm... right!