New Bond Film to be released.. 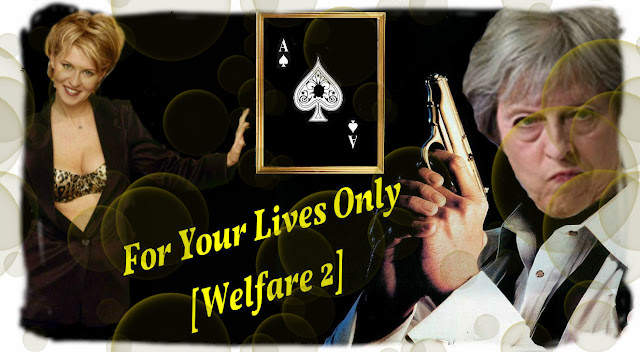 A blind man has become one of the first in the UK to have his guide dog taken away from him after being caught punching it in the face. The Guide Dogs For The Blind Association took action against the unnamed man after complaints he shouted abuse and punched the black Labrador near a public park.

The partially-sighted attacker and his partner were playing fetch with the guide dog and his other black Labrador at around noon on July 9. The Guide Dogs For The Blind Association took action against the unnamed man after complaints he shouted abuse and punched the black Labrador near a public park.

The man, from Blackburn, Lancashire, told one of the dogs to fetch the tennis ball, which was being thrown by his wife, and he told the other dog to stay – but instead, they both went to fetch the ball, witnesses said. One witness said the man, who was wearing sunglasses, started shouting abuse at the guide dog before hitting it in the face with his fist ‘at least 10 times’ before dragging the dog into the back of his car.

Sound of Silence - Born severely deaf from WOOP Productions on Vimeo.
Posted by MM at Wednesday, August 01, 2018 No comments:

Teenage thugs stab deaf man with nine-inch blade after mocking him for using sign language 'Nicholas had been punched, but still tried to stem the bleeding by putting his hand on his friend's chest'.

Nicholas Roache was attacked on the way home from a pub.  The deaf man was knifed in the chest by a boy - possibly as young as 14 - after being mocked because of his disability. In what police have called a ‘shocking, unprovoked attack’, the victim was stabbed twice with a nine-inch kitchen blade.

The man, in his 40s, lost two-and-a-half pints of blood. His friend, Nicholas Roche, 43, who is also deaf, was beaten up by one of the teenagers. Both men are care workers for deaf people with mental health issues. They were just a few yards from Nicholas’ home in Swinton , Salford , when they were set upon by two boys, thought to be between 14 and 17 years old. Nicholas said he is too afraid to return home.

Lip-reading AI can aid the deaf.

For millions who can’t hear, lip reading offers a window into conversations that would be lost without it. But the practice is hard—and the results are often inaccurate (as you can see in these Bad Lip Reading videos). Now, researchers are reporting a new artificial intelligence (AI) program that outperformed professional lip readers and the best AI to date, with just half the error rate of the previous best algorithm.

If perfected and integrated into smart devices, the approach could put lip reading in the palm of everyone’s hands. “It’s a fantastic piece of work,” says Helen Bear, a computer scientist at the Queen Mary University of London who was not involved with the project. Writing computer code that can read lips is maddeningly difficult.

So in the new study scientists turned to a form of AI called machine learning, in which computers learn from data. They fed their system thousands of hours of videos along with transcripts and had the computer solve the task for itself.

The researchers started with 140,000 hours of YouTube videos of people talking in diverse situations. Then, they designed a program that created clips a few seconds long with the mouth movement for each phoneme, or word sound, annotated. The program filtered out non-English speech, nonspeaking faces, low-quality video, and video that wasn’t shot straight ahead. Then, they cropped the videos around the mouth.

That yielded nearly 4000 hours of footage, including more than 127,000 English words. The process and the resulting data set—seven times larger than anything of its kind—are “important and valuable” for anyone else who wants to train similar systems to read lips, says Hassan Akbari, a computer scientist at Columbia University who was not involved in the research.