Consultation Section 4.6: Health (including social care), mental health and wellbeing We share the long-term goal for health, mental health and well-being set out in the BSL National Plan, which is: “BSL users will have access to the information and services they need to live active, healthy lives, and to make informed choices at every stage of their lives.”

Our Actions By 2023, we will: Take steps to ensure that mental health services (including wellbeing and counselling services) within the QMU are fully accessible to students who use BSL. This is particularly important given the statistic that deaf people are significantly more likely to experience mental health issues such as depression and anxiety.

We will support this by ensuring:

• all BSL users have access to all QMU support mechanisms for mental health and wellbeing.

• all staff are invited to attend Deaf Awareness Training.

• all BSL users are aware of the services available and are directed to them appropriately. Raise awareness of BSL and Deaf culture and the needs of BSL users accessing health and social care.

We will achieve this by:

• developing and delivering opportunities for all undergraduate and postgraduate students at QMU to undertake study on working with BSL users and the implications for their professional practice • as appropriate, making information available on accommodation and extra-curricular activities such as sports centre and SU events.
Posted by MM at Tuesday, August 14, 2018 No comments:


Modesty forbids me to tell you my IQ... but surely the presence of more 'grey matter' does not indicate more intelligence, it depends how it is utilised.  Sure, deaf adapt to the fact a sense isn't there, but it hasn't yet proven that adaptation has improved direct communication to hearing all that much if the support and translation set up is anything to go by.   It ignores those that acquire deafness, their brains too adjust to sensory loss.

Should not increased intelligence also suggest captions help deaf to follow too?  Indian deaf people suffer huge literacy (Currently between 63% and 74%), issues, (hearing), with women being hugely at disadvantage with the lowest access to an education.  It is not clear what the true rate of literacy is with the deaf as they are concentrating on signed (ISL)  literacy not primary Indian languages proficiencies/compatibility or ease of access.

India has 18m deaf. It's part of the wider trend of separating deaf areas from hearing and setting own norms.  This may be viable in India by sheer numbers, maybe not so in western world areas where health and assistance/access/treatment and loss identification, is far more effective.
Posted by MM at Tuesday, August 14, 2018 No comments: 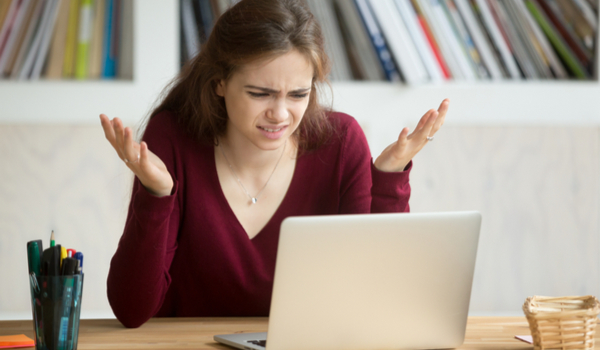 Broadband customer services have been described as "insulting" and "inaccessible" to deaf customers, with campaigners calling for a change in the way providers look at accessibility. The Equality Act 2010 insists that all organisations have a duty to make reasonable adjustments for users with additional needs, while Ofcom requires all landline, broadband and mobile companies to provide a range of measures to allow disabled customers to access these services.

Deaf TalkTalk customer Andrew Arthur, who is deaf and has experienced first hand the lack of accessible customer services available in the telecoms sector.

Mr Arthur, 70, from Liskeard in Cornwall, started having problems with his phone line, which he uses to make calls via the Next Generation Text service (NGTS), earlier this year when the village phone system was hit by lightning during a bad storm.

After trying to resolve the problem from home, Mr Arthur attempted to get in touch with TalkTalk via its online webchat service. He was able to report the problem but upon receiving no response had to report the fault again a week later.

Two weeks after the problem was initially reported, a TalkTalk representative asked Mr Arthur to make a phone call in order to access the fault-finding service. Mr Arthur alerted them to the fact that he is deaf and asked for an alternative method.

“The best they could come up with was ‘can't you ask someone else to do it for you?’," he told Cable. "I thought this was pretty insulting and typically ignorant. I'm entitled to a reasonable adjustment but they just did nothing. Again, I contacted them and again they insisted that I had to ring them on a mobile before they would fix the line.”

Frustrated with the lack of accessibility and the ordeal that several customer service operatives were putting him through, Mr Arthur took the matter into his own hands and reported it to both the Equality and Human Rights Commission and to a telecoms ombudsman.

He added: “It's absolutely unbelievable that TalkTalk can get away with being so awkward and unhelpful. I thought that is what all these laws were designed to avoid. What I found astonishing was that in the 21st century a company the size of TalkTalk could be so ignorant about disability matters.”

Mr Arthur’s problem was eventually resolved, TalkTalk apologised and fixed the phone line but the overall issue doesn’t end here. There are others going through the same plight with other providers.

For deaf people and those with hearing loss, this means access to a Next Generation Text Relay Service (NGTS), access to emergency SMS and third-party bill management. NGTS is a service for those who are unable to hear or communicate verbally. It uses what is known as a relay assistant to convert speech into text and vice versa.  BT, Three, O2, EE, Vodafone, Sky and Virgin have taken it a step further and include a Video Relay Service (VRS) that connects customers to a British Sign Language (BSL) interpreter.

While the providers are obliged to supply additional facilities for deaf and disabled customers, it appears not enough is being done to ensure they are up to date and fit for purpose.  Cable carried out an investigation into whether the current facilities in place are sufficient and what providers can do to improve them. We unearthed dated and hard-to-find accessibility web pages, and spoke to members of the deaf community who made it clear that quite often, some of the services do not work, or when they do, the customer is still asked to communicate verbally over the phone.

As part of the investigation, Cable tested the customer services accessibility pages of each of the top six broadband companies. For us, BT has the worst website for finding the accessibility features. Unlike the other providers, it doesn’t have an Accessibility tab at the footer of the page, nor are there any additional options on the Contact Us landing page. We finally resorted to a Google search of BT BSL and BT Accessibility. Once you find it, the page looks archaic and basic.

Broadband providers' accessibility pages for customer services are frustratingly hard to find on their websites Vodafone, EE, Plusnet and TalkTalk’s pages are very similar, but offer more information than those of BT – and are easier to find. In terms of format, the details given and general navigability, Sky has the best accessibility page. With the exception of Virgin Media and Sky, the accessibility pages of most providers merely present a token effort.