If you are suffering ASL/BSL/ISL and 'L'! overload already here is an antidote so Hard Of Hearing can feel involved. Fun, fun, fun!  (and no lectures...).
Posted by MM at Tuesday, September 04, 2018 No comments:


Who is the video aimed at? 'Mainstream'? They only have to look at Deaf video output to see they, DON 'T do this.  Should the deaf community be practising what they preach to others?  Just more 'awareness' to fall on Deaf ears....

The massive access we have via phones could be seen as a blessing and a curse. Many pundits suggest it is making people anti-social regardless of hearing loss degree etc.   UK schools are debating a total ban on children taking them to school.  What is shocking is they were allowed to.


I am wary texting is avoiding direct communication to actual people. It's OK in the right place, not everywhere. It looks like we are all communicating the same as anyone with decent hearing, but we aren't actually are we? Yes its a norm now, turning back the clock is pointless, but those of us with hearing loss are moving like hearing societies, further away from direct contact at times, we can fool ourselves as we sit alone and text all day to lots of people we are still in it, or go online where lots of deafies and HoH and communicate that way, but are we being social?

I could be texting a brick wall with the same effect, nobody is who they really are anyway, phones are used to 'gild the lily' (i.e. mask something with a veneer to suggest what it isn't), to suggest people aren't who they really are, or who they would like to be, it's surreal!  It would appear females are doing this more than the male and using apps to make themselves look totally different in appearance to what their features are,  'face to face' is then avoided.  Males are following suit, social contact becomes an issue because they can be rumbled.

Being 'social' has been redefined as to not include people in the same room.  As someone brought up without a phone, without 888 subtitling, without sign language, without captions etc, and forced literally to find own ways of effectively communicating to other people, the whole concept doesn't look empowering in real terms to me, and how you hone lip-reading skills via text I will never know.

We know those who use sign languages have a real social life and HoH, by comparison, don't really, and how they fear text is a direct threat to their communications, hence all these vlogs that they refuse to add text with and why tuition of sign omits text, face to face is essential for their communications.   I often feel as an individual technology hasn't enhanced my direct social skills at all, and going out to meet people who stop you in mid-flow to yak on these things is extremely off-putting and rude, and if they do it all the time, I'm out, literally and physically.

As a rule, when I leave my home to socialise or shop or meet relatives/friends etc, my phone does not go with me, this ensures I have to make the effort. Even the possibility a phone can translate effective speech to me, I take on a 50-50 basis because again I would be relying not on my own abilities, but an electronic wafer or something. There is no way to access other people if they are tapping away at a phone or ignoring you to  talk into it 24/7.   It is the same as people turning their back on you to speak. 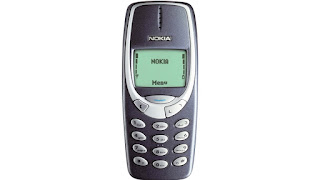 At least with a hearing aid you can still hone skills and make effort, taking effort away seems self-defeating.  Is technology our friend or foe?  I am ditching my new one and going back to an ancient NOKIA, it's a start!
Posted by MM at Tuesday, September 04, 2018 No comments: