New Cards for Hawaii deaf/HoH use.

Texas removes Keller from the curriculum. 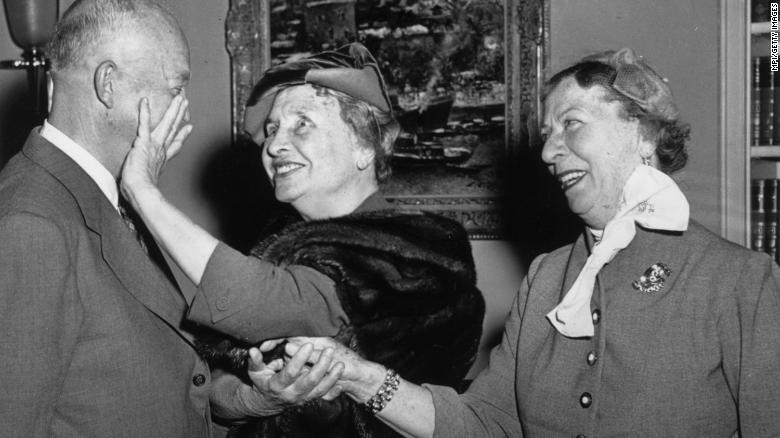 Sara Novic is a Deaf writer and assistant professor of creative writing at Stockton University. Her first novel, "Girl at War," was released by Random House in 2015. The views expressed in this commentary are her own. The Deaf community uses a capital "D" to differentiate between people who identify with Deaf culture and identity and the physical lack of hearing (The 'cut and paste' lobby on deaf awareness ATR doesn't support).

The views expressed in this commentary are solely hers. On September 14 the Texas State Board of Education made a series of key votes that could transform the way students learn to understand the world around them -- and themselves.

Texas wants to remove some content from the social studies curriculum, said board chairperson Donna Bahorich, so that teachers can delve more deeply into certain topics. Sara Novic Sara Novic Billed as an effort to "streamline" the curriculum, the move spared Baptist pastor Billy Graham, the impeachment trial of former President Clinton and Moses from the chopping block -- while Hilary Clinton, Barry Goldwater, Thomas Hobbes and Helen Keller were eliminated.

The erasure of Helen Keller, an iconic advocate for the deaf and blind whose social activism also included women's suffrage, birth control and pacifism -- who is currently taught as part of a third-grade unit on citizenship -- is an underhanded play with a troubling message: that homogeny is normal and exposure to outside perspectives should be limited. To remove Keller from the curriculum also means to eliminate the single touchstone for deafness and disability for most mainstream students. Earlier this week, I asked a room of 35 of my own college students if they'd ever met a deaf person who wasn't me.

Four or five raised their hands—they worked retail and had seen deaf customers. Many of these students are considering fields like social work, education, criminal justice, occupational and speech therapy and law, where knowledge of deafness and disability will be integral to their work, and still their exposure is extremely limited long past the third grade. This is the norm in a society that constantly tells us to avert our eyes from disabled people, to separate out "normal" and "other."

SOURCE
Posted by MM at Thursday, September 20, 2018 No comments:

Another complaint has reached the Office of the Ombudsman against Presidential Communications Operations Office (PCOO) Assistant Secretary Esther Margaux “Mocha” Uson – this time, for her mockery of the deaf community in the country.


Philippine Federation of the Deaf President Carolyn Dagani filed a complaint against Uson and blogger Drew Olivar for violating the Magna Carta 9277 or the Magna Carta for Disabled Persons, among many other things, for uploading the “Pepederalismo for Deaf People” video on Facebook on September 14, 2018. Dagani and the rest of the deaf community were offended by what Uson and Olivar did in the video.

Olivar, in particular, made hand gesticulations and body movements, which from the perspective of fluent deaf signers are mere gibberish. For those who are unfamiliar with sign language, his actions can even be interpreted as sexual connotations. What’s worse, Olivar made sounds akin to what is recognized in the field of deafness as a “deaf voice,” which some members of the deaf community make while communicating.

While Olivar was making these gesticulations, Uson watched him perform the entire time and can be heard laughing in the background. At certain points, Uson would ask Olivar what he was doing and remark that he looked like a monkey. The video was barely a minute long, but Dagani and her fellow deaf members are nonetheless outraged by Uson and Olivar’s “insult to the entire deaf community, and to all persons with disabilities.”

“Even though Olivar was just inventing his hand movements, it was vulgar. He says he was just being childish but he has disrespected the body and gender,” the affidavit read. “He sets a very dangerous public example for hearing people anywhere in the world to copy, and make fun of deaf and hearing people signing, and for deaf children and other children with disabilities to be bullied and ridiculed even more.”

Dagani said that Uson and Olivar should recognize what a rich visual language the Filipino sign language is, and she accused them of discrimination because of their mockery. “Uson and Olivar were laughing and making fun of us. Together, they stepped all over us and crushed us, killing our dignity,”

SOURCE
Posted by MM at Thursday, September 20, 2018 No comments: