Of course what you never had you never miss, but the relentless airing of 'I would stay deaf regardless' is not based on choice. A real choice would be to have hearing then compare. As this blogger stated no such choice exists, so it poses the question of why air the view against when it is not based on that choice?

10m hard of hearing Brits and 30m USA with hearing loss, would bite your hands off and say yes because they are able to compare this poster isn't.  We hate to be deaf, again no choice!
Posted by MM at Thursday, September 27, 2018 No comments:

Why deaf need to be hearing involved. 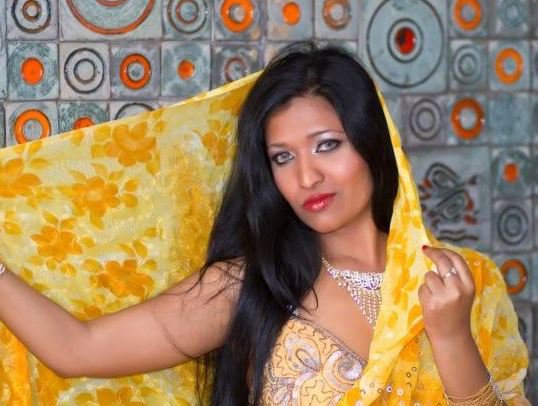 Why avoiding inclusive mainstream is not an advantage for the deaf.


“We are excited that we’re able to employ all 11 learners from the programme and give them the opportunity to put their training to good use, and in doing so, increase our in-house skills base,” said Netstar’s Group Managing Director, Pierre Bruwer in a press release. One of the people who benefited from the programme is Jenelle Ramsami, a qualified Monitoring Agent at Netstar.

She chats to us about some of the challenges she faces as a person with hearing impairment and her vision to bridge the gap between the disabled and the “abled”. “I was actually born hearing impaired. My mum was overdue, and I went into distress, so they had to induce my mum's labour which lead me to being deaf. Growing up being partially deaf had many setbacks like trying to communicate. I remember at the time I never knew the meaning of deaf” says Jenelle. She says her parents prepared her for the "mainstream world". They encouraged her to always have a pen and book in her hand and she would write every word her mom spoke.

“I wrote my name before I could go school, that was why the doctor told my mom there is nothing wrong, and that I'm probably a late bloomer,” says the 35-year-old. ALSO READ: Teacher shortages at deaf schools a concern Jenelle says she used to cry a lot as a baby and her parents and doctors couldn’t figure out what was wrong with her.

One doctor told her mom she had colic while another said she was just throwing tantrums to get attention. “It was only after I went to school where my teacher felt something was wrong. She called my parents and informed them that I was intelligent but couldn't hear her at times, so she suggested that they take me to an ENT specialist. So, they confirmed that I was hearing impaired then a social worker referred me to V N Naik school for the deaf where I was later transferred to the 'Durban school of hearing impaired'.

They then realised I could lip read and use my voice.” Jenelle says she was often teased because of her condition. ALSO READ: Deaf Federation calls for more support in schools “Friends and family would tease, repeat what I say, [and] people would ask silly questions as if I'm mentally challenged or stuff like that. So, for a while I did go into a shell,” says Jenelle. But she did not allow this to stop her from her achieving her dreams.

“After years of speech therapy that my parents made me attend every Saturday, I started to become comfortable with myself and accept my challenge. I then found myself taking part in activities such as acting in plays, singing, dancing and participating in school functions.” “I'm a self-motivated person. Of course, I do have the support of my family and friends, but I always set myself realistic goals and make sure I accomplish them.

Failure is my biggest motivation. I don't want to be called a failure, so I give my 110% in everything I do. It doesn't matter if I finish 1st, 2nd or 3rd, as long as I finished,” says the confident Jenelle. She adds that she gained her confidence “through my participation in hearing pageants" and in acting. She was even a lead actress in a short deaf movie in Cape Town.

A young entrepreneur has developed an innovative wrist armband for millions of deaf and hard-of-hearing individuals as a springboard to venture into business.

Zuko Mandlakazi says flagship product, Senso, works by picking up sounds and communicating them to the user through vibration and colour-coded LED lights.


The device, he says, provides the convenience of alerting through vibration and light instead of sound, which can be distorted in the presence of other external noise.

Mandlakazi says Senso will be able to help four million hearing impaired people in South Africa and 360m abroad. And with September being the Deaf Awareness Month, Mandlakazi says their focus is on connecting people with people and with life-saving sounds. The Eastern Cape-born Mandlakazi who is now based in Johannesburg, says the idea to develop the device was sparked by a hard of hearing family member.

“ I was concerned for her missing out on life-saving sounds as she was always alone during the day while everybody was at work,” says Mandlakazi, 33.

No planning for Deaf/Blind in emergencies.

When the next ice storm, wildfire or terror attack happens, Canadians who are deaf or hard of hearing will be in greater peril than others because most public notification systems are not accessible to them, experts say.


The Canadian Hearing Society estimates there are 3.15 million Canadians who are hard of hearing and 340,000 Canadians who are deaf, including an estimated 11,000 who are deaf-blind. In policy and in practice, Canada lags behind other countries in ensuring their safety in an emergency. "Canadian deaf, hard-of-hearing, and deaf-blind people do not have access to information in a way that is designed to survive a crisis," said a report produced in March by DLR Consulting for the Canadian Hearing Society (CHS).

As the U.S. braced for Hurricane Florence earlier this month, the Federal Emergency Management Agency (FEMA) deployed its sign language interpreters to accompany officials as they warned citizens and instructed them to get out of the way of danger. The agency has a variety of systems to communicate with deaf, hard-of-hearing or deaf-blind residents for disaster preparedness, action and recovery, including posting interpreted videos to its YouTube channel.   No such co-ordination exists here.

"There are good intentions by the Canadian federal, provincial and territorial governments," the CHS report said, "but no provisions of planning, training and communication supports have been put into place to support its deaf, hard-of-hearing, and deaf-blind citizens in the event of a natural or human-induced disaster."