Hearing in a deaf world


Sub Heading 'Adopting the position!'  Another example of activism of the cultural variety convincing hearing people who we aren't.  Deaf people can hear, can talk, a hearing person walking around playing the mute is the ultimate insult surely?  Gallaudet's intake comprises of many with deafness and hearing loss, and whilst the majority do sign, they use many other means as well.  Had she entered Gally as herself and spoke her way around, she would have got an entirely different view of deaf culture, or not, they may well have just ignored her!  The real test is putting the hearing and deaf there on each other's terms and watch how the barriers are addressed via compromise.  This instance the hearing did all the compromise, not a true test and promoting bias as well.
Posted by MM at Wednesday, October 17, 2018 No comments: 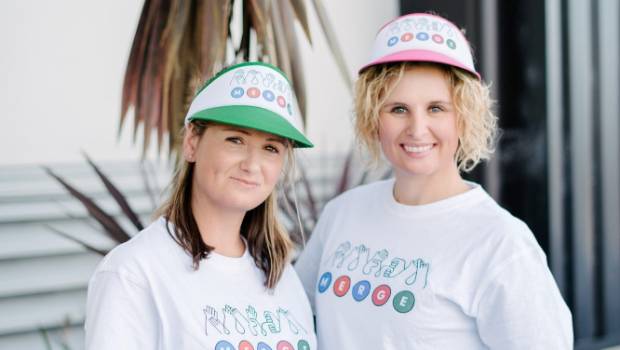 A social enterprise hoping to normalise New Zealand Sign Language is running its first course in Morrinsville. Hosted by Merge NZ, the course, taking place from November 5, has been designed for people with no prior knowledge of the language.


Director Jaime Brown, a former Te Aroha native, is hopeful participants will walk away with the ability to string a couple of new sentences together. "There are 440,000 deaf or hard of hearing people in New Zealand and that's quite a large proportion.

"Most people know how to say kia ora or kai or aroha, so it'd be great if we had that same affect with NZSL . If people could sign the basics, that would make a huge difference to deaf peoples access to society." Merge was established in Auckland two years ago and launched in the Waikato in 2018, where they have since organised courses in Hamilton. The Morrinsville course will be run by Te Aroha resident Hayley Jackson, a deaf woman training to become a qualified NZSL teacher. It will be a completely "voices off" course, Brown said. "There's a huge difference between NZSL and English.

They have different grammatical structures so if you were to use your voice in the class, you'd kind of be using two really separate languages at the same time. So if you just work with the one language, you'd learn it a lot faster. "Voices are turned off and everything is completely in sign language from the very first lesson." Participants will be able to walk away knowing basic conversational sign language such as numbers, how to introduce themselves, how to introduce others, and discuss what they have learned.

Brown said that although more people have become aware of NZSL , there was still an unfamiliarity of the history of sign language in New Zealand. "It really has a similar pathway to te reo; it was banned in New Zealand for over 100 years in the education system and that still has a roll-on effect to today. "There's also not much awareness that sign language is actually a language," she said. "It has a different grammatical structure to English and it's also not universal. There's over 230 sign languages around the world. "NZSL is really unique to New Zealand because it incorporates our culture and Māori signs as well."

She is fortunate she doesn't live in the western world, most of her terminology would have her in the stocks and in total opposition to deaf cultural people.  CI's are great but don't undermine the people who need them.


More than 250 million people around the world are suffering from hearing loss and deafness. When it comes to Madhya Pradesh, 50-100 cochlear implants take place in a month.

Against this, double the number of patients wait for their turn. After addressing an awareness programme at a local hospital, cochlear implant specialist Dr Shenal Kothari highlighted this concern while talking to media persons on Tuesday. She said it is a myth that cochlear can be implanted in children only.

“We operate upon old people too to help them in hear well,” said Dr Kothari who has conducted the highest number of cochlear implants in the state. “I have treated a patient who complained of deafness at 50. After cochlear implant, she is living a normal life. Similarly, the implant of a 10-month old baby was also done,” Dr Kothari said. The best age for administering implant to a dead (?!) child is 2 to 4 years but can be done in adults at any age. Dr Kothari appealed to parents to see a doctor when their infants do not respond to their voice and call.

“Hearing loss is not only related to listening to sound but also affect the life of patients socially as hearing gives the power of recognition as well,” she said and added, “A large number of children remain deaf due to lack of financial support. Philanthropists and donors should come forward to help these children so that they don’t become a liability for the nation.”