Life as a good lip-reader. 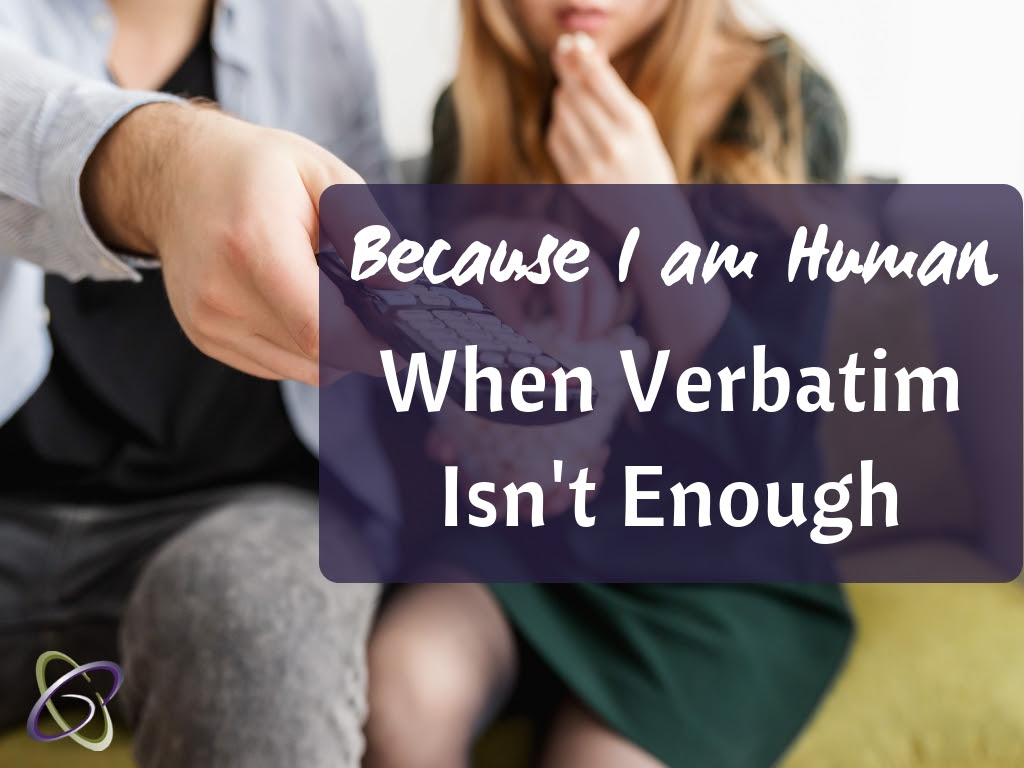 My name is Kimberly Rashell, and I have been a broadcast captioner for the past 13 years. I have worked for two of the largest captioning firms in the U.S., and I have also worked as an independent contractor for multiple smaller firms. In my career, I have captioned anything and everything from local news to live Olympic events.


The court reporting and captioning college that trained me was very cognizant of the needs of Deaf and hard of hearing viewers. From the very first day, it was drilled into my head that comprehension and readability trumps verbatim every day. We have one – and only one – chance to make sure that the captions we are providing make sense to someone who cannot hear what was said. The Shift to ASR Recently, it has been announced by multiple media groups in the U.S. and Canada that they are moving away from using skilled captioners to provide captions on live television broadcasts.

When Verbatim Isn't Enough Instead, they have decided that Automatic Speech Recognition (ASR) has developed to the point that it can be used. This is nothing but a cost-saving measure on the part of the media groups, who would rather buy a software once than pay a skilled person each time they need captioning. This roll-out of ASR into multiple media outlets in the U.S. and Canada has raised some serious red flags to those who depend on captions for equal access to audio information.

While ASR can do a fine job of translating the spoken word into written ones in an absolutely perfect situation — where there are no background noises, no accented speech, and only one person talking at a time — it fails miserably in most real-world scenarios. Verbatim Isn’t Enough One of the repeated claims about ASR’s superiority to a skilled captioner is that it is verbatim. Since the roll-out of ASR, we have seen examples proving that ASR is most definitely NOT verbatim, but even more than that, in the context of the captioning environment, being verbatim is not enough.

The words spoken are only part of the story. ASR is missing the tone and the context that leads to a deeper understanding of the meaning behind those spoken words.

Practically, Hard of Hearing use text access far more than deaf do.  The advantage of using an operator is you can get clarifications as you go, otherwise, it can be reams and reams of text which often you cannot refer back to afterwards to clarify yourself due to various 'rules' and legalities covered by data protection acts in the UK.

Deaf don't use text much but sign language, and having had extensive opportunity to observe its use with sign users I could compare what the signers got with what I got via text, and can assure readers the signers got far less than I did, but seemed happy enough with that which certainly we would not have been, so much trust given to a terp whom, they would not be able to refer to if push came to shove.

One instance ATR can recall is attending a BDA meeting and I asked for a speech to text operator, many deaf were astounded at the level of detail I was being given they weren't.  It amounts to users of access systems to ensure the communication support fits your level of comprehension and ability, with the deaf this is never done apparently there is a 'global', sometimes child-like approach to explanations that would never do with Hard of hearing.

Before using speech to text or sign language we need to ensure they pitch information at the levels we can easily follow, it would appear with the deaf too much detail leads to a switch off of concentration and the terps then start lowering the levels of explanation and simplify things which is an issue.  Of course, text support has issues too users need to establishing the level at the start not as you go or the same thing happens.  What needed is not just a simple verbatim read out (That disappears off the screen after a minute or so, so we have to rely on memory), but a refer-back system too on the screen/lap tops we are issued with.

No point having the support if it operates above your abilities to follow.  Or like deaf signers, use some sort of 'Chinese whisper' system to catch up. Speech to text systems are still unreliable and far from portable or widely used either.  USA systems tend not to work well with British ones or accents and different languages.  It would seem the ability of HoH to fill in gaps and poor grammar is higher than with the deaf too.
Posted by MM at Saturday, November 10, 2018 No comments: