If it was a software glitch why not sort it, not remove the entire site?   Just fess up, and state it was a commercial decision and the data breach didn't really count!


Google+ is shutting down due to massive data exposure. Google today announced through its blog that the company will soon shut down the failed social network for consumers.

“As part of its response to the incident, the Alphabet Inc. unit plans to announce a sweeping set of data privacy measures that include permanently shutting down all consumer functionality of Google+, the people said. The move effectively puts the final nail in the coffin of a product that was launched in 2011 to challenge Facebook Inc. and is widely seen as one of Google’s biggest failures.”

Described as a “software glitch,” third-party developers between 2015 and March 2018 were able to access “private Google+ profile data.” However, Google found “no evidence that any developer was aware of this bug, or abusing the API, and we found no evidence that any Profile data was misused.” “The profile data that was exposed included full names, email addresses, birth dates, gender, profile photos, places lived, occupation and relationship status; it didn’t include phone numbers, email messages, timeline posts, direct messages or any other type of communication data, one of the people said.”
Posted by MM at Monday, November 26, 2018 No comments:

Echoes of the Empire

And deaf think Brexit is what it is all about!  ATR posted complaint and concern to the UK's (Debatable!), leading and premier Hard of hearing and occasionally Deaf charity.


ATR:   "Can the AOHL start devolving its website to reflect the devolved government of the UK?  Brexit apart, the AOHL must be the sole charity left in the UK that has failed to recognise devolved assemblies, and, devolved approaches to our access/health and support.  ERGO .

Wales are frustrated forever reading of events/campaigns in England, and English made decisions on English support, being suggested as Welsh ones too, which led on 4 occasion Welsh deaf commuting to Westminster to lobby for access which was the domain of the Welsh Assembly in Cardiff, not London and organised BY the AOHL, which was another photo shoot PR job for AOHL, knowing deaf don't read the bottom line but will turn up for a fridge opening..  The Deaf, as well as Charities, act as if Devolution never happened.  The result? nobody is lobbying the appropriate areas, so progress doesn't happen.

While AOHL occasionally notes things happen outside London/England, the relentless and singular approaches carry on as if it is the same situation now as 1911. We are not really interested in issues from areas that are not relevant to Wales, we can watch TV or buy a daily paper for that or even go online..  We are also annoyed that AOHL insists we contact England AOHL/HQ with regards to raising and contacting re Welsh issues and indeed the alleged localised contacts of  'AOHL CYMRU.'   A misnomer in terms. WHY, is there ONLY one website?

The debacle of failed AOHL involvement in Cardiff and elsewhere is legendary too and failing to function because the Assembly refused to fund deaf access to sensory committees, then AOHL pulling out because they were fed up providing it for free, yet, AOHL then 'rewarding' the Assembly for 'deaf awareness' you could not script it.  What access there is/was to the Assembly for deaf people, came not by wasted meetings by AOHL at the assembly, which was a blatant PR scheme to get funding and Kudos, but individual deaf and HoH lobbying outside for it. 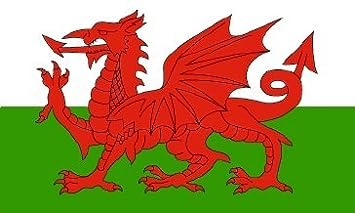 Deaf and HoH are being crowded out by the AOHL and by the Assembly who refused to allow grass root input after they requested it choosing only to debate amid themselves.  We in Wales want a devolved AOHL site to mirror the devolved governing reality and a 'people's' representation at the Assembly, not charitable vested interests which we have already abandoned both as representation, and, as members.  Charity Commission statistics tell the real tale.

AOHL Cymru must be a stand-alone option, not some archaic 'offshoot' of colonial London.  Since Brexit, the whole Welsh support system of the deaf and HoH has collapsed in apathy, and in disarray, and allegations AOHL colluded with welfare agencies in removing deaf financial support and signing a non-oppositional clause to the cruel cuts we suffer.   All this, despite the promises of access in 2005, we still don't have it for health or care.  We need autonomy to get things moving again and deaf/Hoh/Deafened are not happy with the approaches AOHL are taking with little or no localised input.  That is despite in-fighting and bias in access campaigns amid ourselves which fuel the view, representation is better it left to charities who at least offer a direction of sorts, instead we got Deaf V HoH setups, it's time grassroots put  a stop to it all.

On at least 6 occasions to my memory raising issues with AOHL Cymru had to first go through AOHL London, WHY?   Why set up a regional annexe and put non-regional contacts up?  Also, should not funding for AOHL be redistributed and lobbied for 4 ways too?  In Wales we know what our own priorities are, just as Scotland and Ireland do, stop patronising us please.  The empire doesn't exist any more.  We have 300,000 with hearing loss here still not getting health access or support or even a voice, so what IS the AOHL for?  It certainly does not represent either the welsh deaf and HoH areas, of 10m with hearing loss in the UK, less than 20K are members of the AOHL and most of them NOT deaf either.

Systems refer to AOHL, and not the people on the ground regarding what is needed, and AOHL is the sole supplier of 'statistics' which they can manufacture at will because nobody else does it.  When queries are raised re AOHL claims to those systems, they refer you back to AOHL again, its and chaotic and biased approach to hearing loss, and funding centralised away from the areas the money is raised for.  Time to devolve charity methinks or better still start invoking the access laws we already HAVE.  We have the rights already so why is it taking in excess of 30 years for AOHL or the Assembly, to recognise that?'
Posted by MM at Monday, November 26, 2018 No comments: