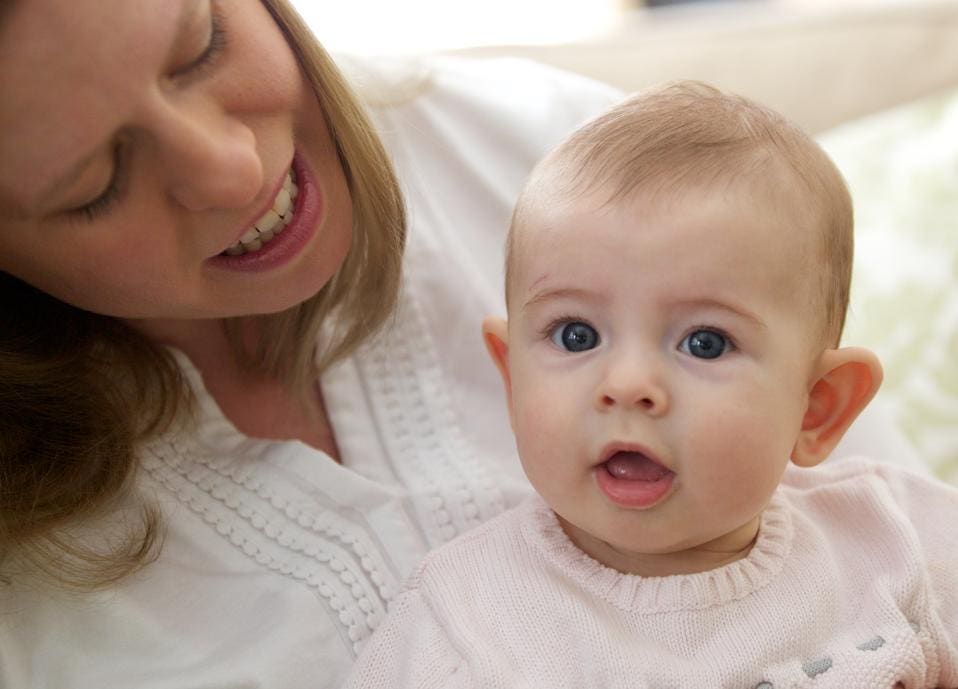 In the wake of the recent controversy sparked by the supposed first ever genetically-edited humans, many have raised qualms about utilizing genetics to modify our species.


However, genetically selected babies have already been readily available in the US and around the world for years, and a company is even hoping to now use the technology to select for intelligence. Amelia’s family enrolled in a study that is deciding the DNA of babies, as researchers explore whether gene-mapping one day should become a part of newborn care.

In 1977, the first human in-vitro fertilization (IVF) was carried out, and an entirely healthy baby was born. In the decades to follow, millions who couldn't conceive naturally have benefited from the procedure, where the sperm is injected into the egg in a test tube. However, the sequencing of the human genome, fully completed in 2003, opened up a whole new can of worms. We were know learning which sequences of DNA (which mutations) corresponded to fatal congenital diseases. Eliminating those mutations could mean saving millions of lives. Today, DNA editing technology simply isn't their year.

But for years, many have been choosing to undergo preimplantation genetic diagnosis (PGD), wherein IVF embryos are screened for mutations, and the healthiest one is implanted into the mother. This technology has been especially valuable for those who are carriers of rare genetic mutations that they don’t wish to pass on to their progeny, or to mothers above 35 years old who have a greater risk of chromosomal nondisjunction disorders (like Down syndrome).

Of course, PGD has not been without its critics. While curing deadly, congenital diseases is one thing, the possibility of modifying our children to our liking raises many ethical questions. Where to draw the line has become a matter of fierce debate. For instance, Iceland’s campaign to eliminate Down syndrome (via fetal testing and abortion) has received criticism from many on the political right, including Sarah Palin and Glenn Beck, who have compared it to “eugenics” and called it “the death of humanity.”

On the other hand, there have been cases of deaf parents stacking their odds of having a deaf child, or dwarf parents looking to ensure dwarf children. While some see this as promulgating a disability, others consider that stance “able-ist.” Although the above cases blur the line between health and disease, PGD has largely remained confined to preventing crippling hereditary illnesses. The technology could, however, allow interested parents to "choose" a child in their own image, of low stature or high intelligence in the not so distant future.

Today a Bank' tomorrow?  Who knows? maybe a viable support system to counter the flood of signed access we don't use?

Deaf or hard of hearing customers can now opt to have a lipspeaker interpret their telephone conversations with Barclays.

The system will use unique customer system markers and nominated phone numbers to ensure only authorised calls are able to take place. This new service was developed from direct customer feedback to ensure all customers have access to telephone banking services  In a UK banking first, Barclays has today announced a service where Deaf or hard of hearing customers will be able to have their telephone conversations with the bank interpreted by a lipspeaker: (a hearing person who can provide communication support by being easily lip read).

With over 11 million people in the UK experiencing hearing loss, these developments will make sure all customers are able to access telephone banking services more easily.  Once a customer has set up this service, a unique marker will be attached to their profile and they will be able to use a lipspeaker to have conversations with Barclays telephone bankers.

Customers can opt into the service at any time by letting Barclays know they use a lipspeaker and providing a nominated mobile number for telephone banking. Once set up, customers will be able to access the service by calling Barclays on 03457 445 445, between 8am and 9pm, 7 days a week, 365 days a year. Through the use of additional security steps, the service can only be used in the presence of the customer, providing them with greater independence whilst reducing the risk of fraud.

For customers who aren‘t registered, Barclays also has a ‘Live Chat‘ facility within the Barclays Mobile Banking app, providing a secure instant-messaging service to help customers access their banking anywhere, anytime. Kathryn Townsend, Head of Customer and Client Accessibility at Barclays UK, said: ‘Barclays puts accessibility at the heart of what we do, and places a lot of importance on getting this right for customers. The introduction of this new service for Deaf and hard of hearing customers provides another example of where we have listened to our customers and made changes based on their feedback.‘

Ellie Parfitt, the Barclays customer who helped develop this new service, said: ‘It‘s fantastic to see that Barclays has implemented a new system for Deaf people like myself, who need to make banking enquiry phone calls through a lipspeaker. It gives us the freedom to become more independent and makes our banking experiences easier and more accessible.‘

A UK charity said 'Barclays is a great example to other organisations on the importance of accessibility. People with deafness and hearing loss frequently don‘t enjoy equal or convenient access to banking services, so services like this are a hugely welcome addition.‘