An event in Westminster held by the Guide Dogs charity, where we learned 75 per cent of guide-dog owners in Wales had been refused entry by businesses.

The legal aspect suggests It is against the law to refuse access to a disabled person accompanied by an assistance dog, except in the most exceptional circumstances.  But nearly half (42 per cent) of guide-dog owners surveyed by the charity said they had been turned away by a taxi driver or similar private-hire company in the last year.

Does anybody know which section of which law is being contravened when this happens? Might help those affected if they can quote this along with the possible penalties?

Health and safety with regards to food, and insurance issues mostly, when clubs and restaurants are crowded, if anyone trips over a dog, the dog is not on the leash and wandering about, or trying to illicit food from other customers, etc... I gather bans on them after 6pm are a norm for obvious reasons, drunks etc.... the same rule that applies to children.

Another issue is confusion when people can see the owner ISN'T blind at all but sighted, or partially sighted, they are not aware the deaf use them too, and its highly contentious the deaf should be entitled to the same rights as the blind as some were with own pets not trained dogs. There are cases too where people have pets with them claiming disabilities they don't have, e.g. the law allows 'emotional support' animals too, public areas then can decide banning them all covers most of the potential issues that can arise.

One answer seems to be the OWNER carrying proof of entitlement to an assistance animal public domain restaurant/cafe owners can refer to.  Or even as some suggest designated areas for them.  Although this seems highly impracticable in reality.

Pets are obviously untrained dedicated animals. In the local club dogs for the deaf are often there and roam loose, and they are after food and everything, we humour that, but obviously in a public restaurant completely unacceptable. Just because they alert a deaf person to the front door, doesn't qualify them as being bona fide assistance animals.

Of course, people with dogs will not accept their dogs are ever a nuisance or problem or ever will. Maybe the dogs aren't, but their owners are, should we ban them?
Posted by MM at Thursday, December 27, 2018 No comments:

Look whose talking... NOT! 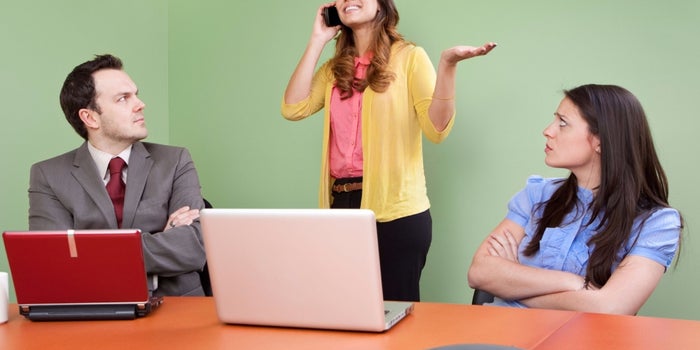 Do you have people who don't even face you when talking?  Is there any real answer to poor awareness?  The systems we use now depend not on mutual goodwill,  and cooperation, but biased 'advisors', and legal enforcement threats.  A sure-fire fail.


Another view of it:

I give few if any indications I am deaf, as my voice is OK, and I am very aware of issues, I can spot almost instantly when I need to point out I am deaf and not following.  Other than that I don't feel any need to make it too obvious.  I cannot get angry with people who don't know I am deaf.  The aid wearer has the 'nod' ATR does not seem to fit any particular category of deafness or loss really.

It is usually the deaf that sign all the time and those who obviously wear hearing aids that have issues, so this suggests drawing undue attention to the loss, is counterproductive, and its area reluctant to pursue that option, for sure if we get aggressive that works against us. That is not to say like everyone else with a hearing loss I didn't get angry all the time at the start.

Deaf awareness has never worked for any of us and its all bias and disinformation what there is.

I don't hide my hearing loss, but neither do I make a point of it except when there is obviously a communication breakdown of some sort.  Awareness otherwise can become a cross to carry, I leave that to that bloke from 2000 years ago, and it didn't end well for him...
Posted by MM at Thursday, December 27, 2018 No comments:

What the Deaf should NEVER do..

Did he say 'stupid'?

For the lip-readers among us.  The biggest loser of 2018? Jeremy Corbyn. Jeremy Corbyn. Caught lying over his ‘stupid woman’ aside in the Commons last week, the Labour leader capped a year of ineptitude. Lacking the wit to tap dance his way out of the insult to Theresa May, who was wiping the floor with him at PMQs, he tried to pretend it hadn’t happened. “I said ‘stupid people’,” Corbyn protested, but any amateur lip reader could see he was fibbing.

His shiftiness was sealed when Dame Evelyn Glennie, the acclaimed, and deaf, Scottish percussionist, was shown the footage and declared she was very certain he said ‘woman’.