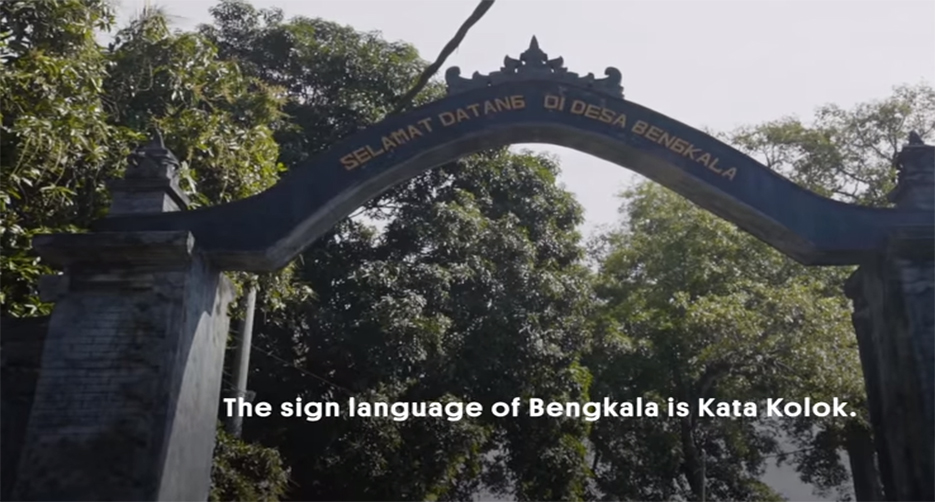 Studying an emerging sign language won't kill it – so what are linguists scared of?  Connie de Vos was sitting on her hands. It was 2006, her first stay in the Balinese village of Bengkala, and visitors had come every night to her house, sitting on the floor of the front patio, eating fruit- or durian-flavoured candies and drinking tea.


About eight to ten people were there now, hands flitting in the shadows, chatting away in Kata Kolok, the local sign language: Where is the next ceremony? When is the next funeral? Who just died?  Kata Kolok was created in Bengkala about 120 years ago and has some special features, such as sticking out your tongue to add 'no' or 'not' to a verb. And unlike American Sign Language (ASL), in which people move their mouths silently as they sign, you also smack your lips gently, which creates a faint popping sound, to indicate that an action has finished.

A graduate student at Radboud University in the Netherlands at the time, De Vos had come to Bengkala to be the first linguist to map Kata Kolok's grammar and list all of its signs. At that time, she says, it was "kind of untouched", having emerged in an isolated community with a relatively high number of deaf people. Like similar 'village sign languages' that were starting to be identified in the 2000s, it was rich research material. She knew that being first to describe it would be a feather in her cap.

But studying any phenomenon risks changing it.

(Or do they mean invalidating it?).