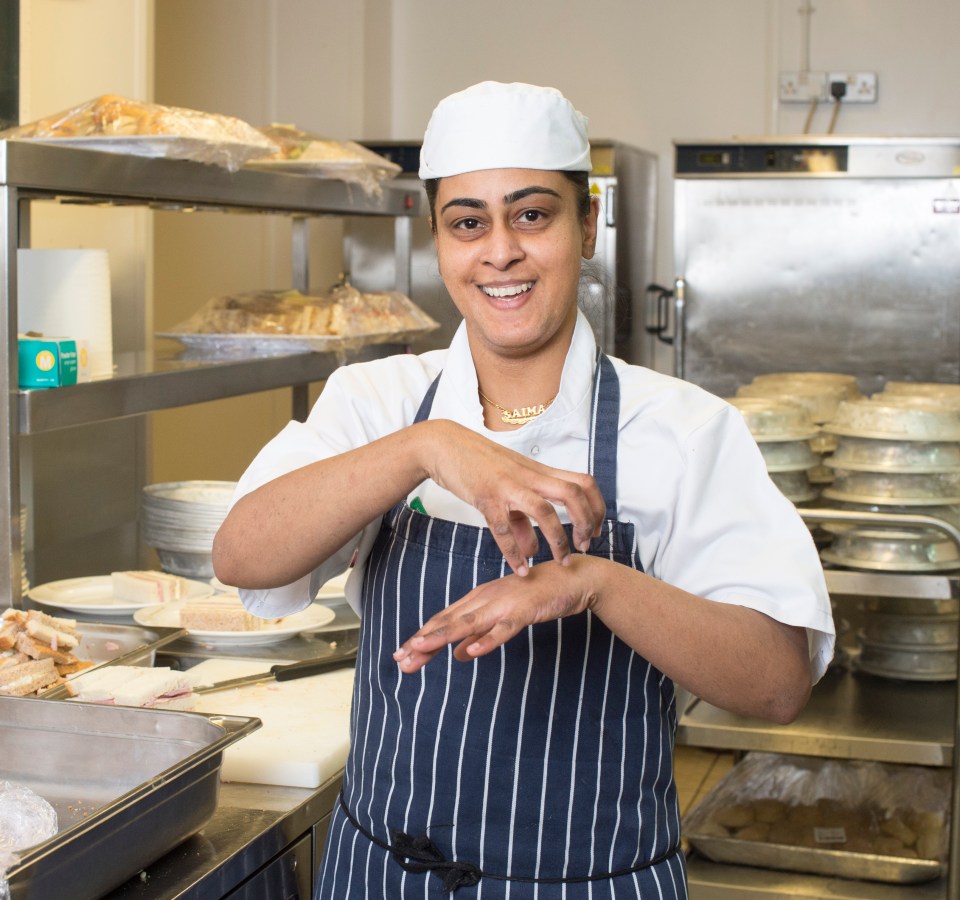 GORDON Ramsay-style chefs have a reputation for being shouty in the kitchen but silent Saima Shafaatulla is the complete opposite.


Born deaf and mute, the 39-year-old at first struggled to fit in when she started working in the culinary world. Saima is loving life in the kitchen but now she’s working at the prestigious Grand Central Hotel in Glasgow and, with the help of an interpreter, is cooking up a storm.

Saima, from Glasgow, who began her career with Hilton, faced numerous challenges when she started out 20 years ago. She recalls: “When I started working I realised how hard it was to work in a kitchen area. “It was really hard with communication and really stressful.  “I was upset and there were a lot of strong emotions. It made me nervous so I went on the sick for six months.” But she didn’t give up — and was determined to get back into the kitchen with help from her employers.

She says: “The boss wanted me to come back so I did and the chef made sure he had an interpreter to find out what the problems were. “We both learned how to work together and how to work with human resources as well. “The first year I found it really difficult. It was a really big challenge. My head chef at the time didn’t know how to work with deaf people and I didn’t really know how to work with hearing people. “After a year the barriers broke down and we understood each other and worked really well together.