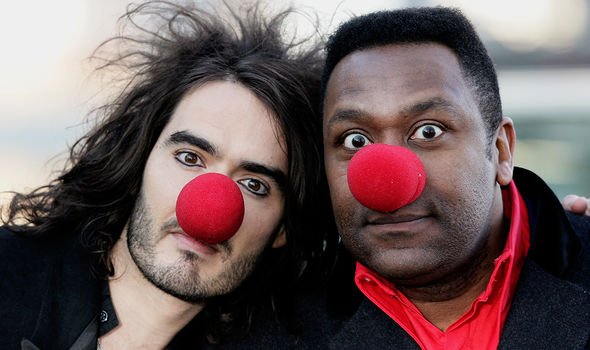 ATR posts the view charity and TV telethons like these are unsupported by the proposed beneficiaries after a  newspaper  posted of charitable and celebrity overload and hypocrisy, along with left-wing celebs promoting Jermy Corbyn chapter and verse.  Time for red nose days/comic relief to end?  They aren't funny any more.

Like most with a disability or issue, CR and Red nose days mean nothing at all to us. It is a mainstream view of benevolence/charity and do-gooding that annoys mostly. We saw in the past left-wing celebs promoting political agendas. People like Sting and Bono to Bob Geldof and decided we didn't want to be told by self-indulgent millionaires what others should be doing for us and the antics of red nose day celebs last week were carrying on in the same vein and caused people to turn off and stop donating.

It pretty much mirrors the USA approach where celebs use their exalted position to attack their systems. Of course, to suggest charity is a myth and mostly NOT supported by the people who could benefit causes much angst, how dare we! etc... its a day out for the kids to dress up etc...but it would help if they asked us first, do we want this?

The media knows there is a groundswell of militant disabled and such and counter it instead by using children, celebs or even animals to push home the message of how deprived/disadvantaged we are, but without accepting access and inclusion requires their participation 365 days a year not twice a year and blaming someone else.  The BBC took more drastic steps and removed the disabled input on their website after considerable pressures were being put to the BBC to stop doing what they were doing on our behalf and without our consent.  They also responded by vetting their own sanitised version of disability output by installing disabled luvvies who wouldn't challenge them.

Whilst this current crop also appeared to be politically left-wing it ignores why deprivation exists and promotes instead the need for lots of money to enable charities to keep us reliant on them because the state has dumped them or removed their care. They don't see the obscurity of that idea.  If they donated the money to lawyers we can employ to ensure our rights, it might be viable and acceptable and a lot less need for charity at all.

As it stands, such celebrities/charities are going for royal recognition for themselves on the back of 'brave disabled people' (Cue vids of poor disabled kids who don't even live here, and not our own poor who don't get 3 meals a day or an education either).   Charity doesn't begin at home because we are alleged to be too wealthy for that to happen.  Tel that to 2m families on the breadline and 2.5m children in poverty.  Obviously, anyone who delves into the realities of care or support or inclusion will know they deprived get less and less of it as the days go by despite these millions being donated nothing changes.

If celebs want to push politics let them join a political party, and IF they want to help the disadvantaged lobby for their rights instead, do not underpin the national neglect and their own moral and governmental duty by sitting in a bath of baked beans or trotting out celebs past their sell-by date to make the point.
Posted by MM at Sunday, March 17, 2019