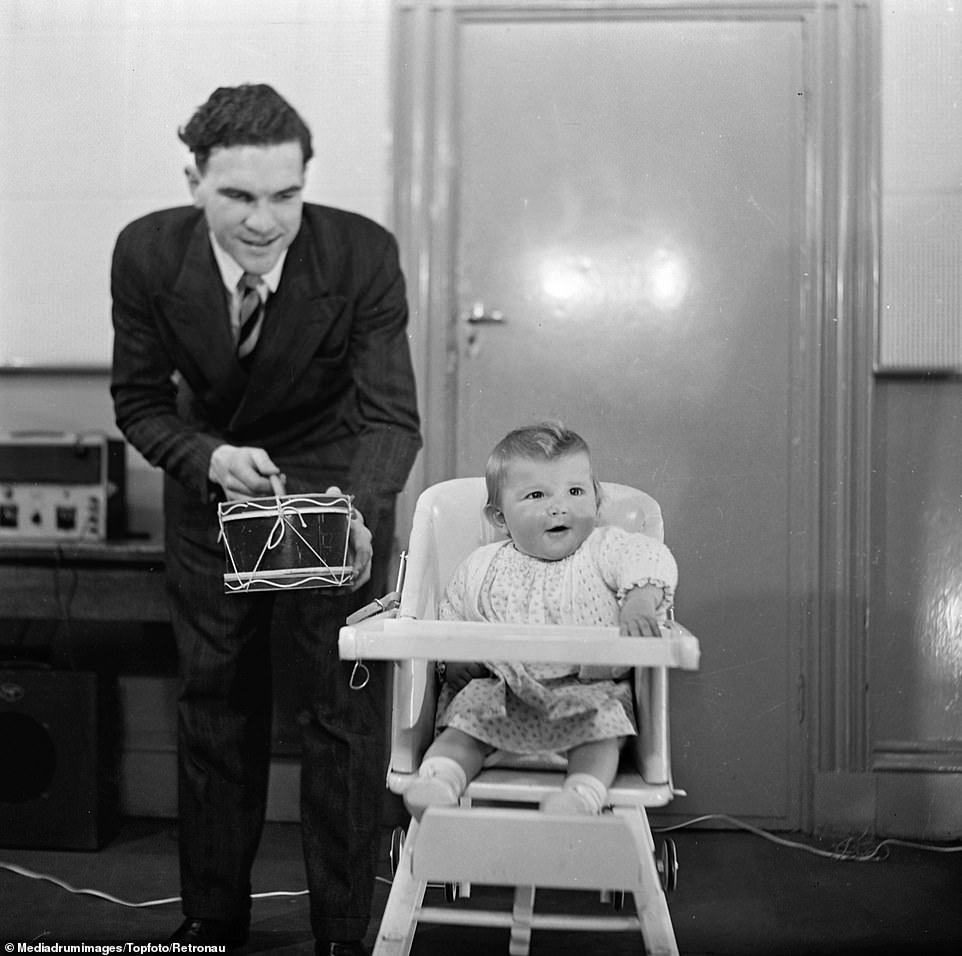 A series of fascinating photographs has revealed a behind-the-scenes look at the former Department of Education of the Deaf. The department, which was in Manchester until 1955, is shown in black and white photos taken around three years before it shut.

The pictures show children interacting with medical professionals and parents at what is believed to have been the first facility of its kind in the UK. In one strange image, a psychologist, Mr P C Kendall, bangs a drum beside the ear of a young girl in what appears to have been a rudimentary hearing test.

Other photos show a boy playing with farm animals as he is having his hearing assessed, and a 14-month-old child being taught to lipread by her mother. Another shot shows a little girl fiercely concentrating on her wooden toy as a woman tinkers with the testing equipment in the background. The Department of Education of the Deaf was a department of the University of Manchester and the first of its kind in the UK, according to a report published in the British Journal of Educational Studies in 1956.

It was founded by Sir James E Jones, a cotton merchant from Lancashire whose son, Ellis, was born deaf. Ellis was so well educated by a private tutor that, at a time when most deaf children were taught at poor quality special residential schools, he was able to attend the University of Oxford when he grew older. Sir James became so knowledgeable – for the time – and impassioned about the education of deaf children that he was able to set up the pioneering school.

The department is believed to have been the first official centre of its kind in the UK. Sheila Hadfield has her hearing equipment adjusted by an audiologist at the Department of Education of the Deaf in Manchester in 1952.  Noreen Buckley, just 14 months old is taught to lipread by her mother. Lip reading involves watching a speaker's mouth and face movements to work out what they are saying without hearing them and is commonly used by people with varying levels of hearing impairments .....