Deaf Culture is it welcoming?

Obviously, some feel it isn't.  Is the pressure and nature of the Deaf cultural approaches oppressive toward diversity and anti-wider inclusion?  Another post not included here from the same site also stated attempts to 'assimilate' the deaf into the mainstream are discriminatory.  Do they want in or not? Or are they so lacking confidence in their ability to do so, and using cultural 'norms' as an excuse?

"I am hearing. I am not Deaf nor am I a part of the community. But I have been doing a lot of research about the Deaf community, and while there nothing wrong with the culture, there are some things that I wish the deaf community would stop. " 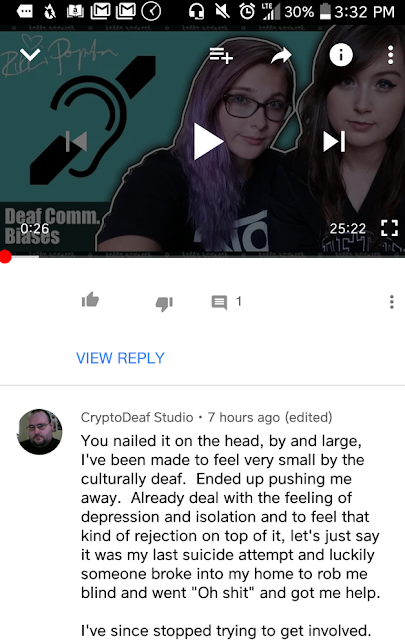 
The things said in the Reddit post are atrocious, but this is something else. It's sad that on top of all the problems CryptoDeaf already has, he was driven to suicide because he wasn't deemed Deaf enough to others.

These aren't people that have disrespected the Deaf community like in the Reddit post, these are people just simply trying to find a place where they fit in. These comments came from a video called Bias In The Deaf Community | ASL by Youtuber Rikki Portner.