Why no Deaf signing newsreaders? 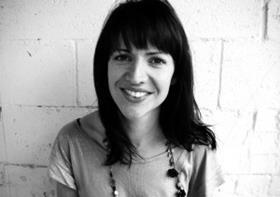 Deaf seem to forget they already have TWO dedicated channels/programs for them in BSL already.  They can present news how they want on there free and gratis, care of 10m other taxpayers with hearing loss paying for it who aren't even included.


Deaf ARE a minority, but as they would still have to be accessed via captioning/subtitles, it would be no advance on what we get now.  Online primary access to news and other deaf people even on won dedicated sites, is still, TEXT.  Prime-time news exposes BSL as a format that does NOT include sufficient detail, mainly because the signs aren't there for it or the interpreters to ensure what is interpreted are understood by all sign users.

There are huge differences already regarding deaf people's academic abilities IN sign language, without text even BSL Zone would be unviewable to most.  Much BSL has been taken off news reporting on prime-time because hearing had issues with visual interference on the screen, the only way to make it work is an '889' option whereby those deaf who want only sign can have it and others can turn it off who don't.  It's called choice, access is a double-edged sword isn't it?

To be frank deaf appearances have been a bit iffy in regards to them all resorting to 'Deaf do this, and deaf do that..' creeping in at every opportunity, it's killing off their inclusion because nobody wants to watch an awareness lecture all the time. The reality, is that SEE HEAR and the BSL Zone have virtually no deaf viewers of note, they exist only because deaf activism saw a loophole in the 'cultural' access laws.  If it was via the numbers game the BBC etc apply to all ratings the Deaf would be out of it.  I'd like to see PROOF there is a real demand for it.  Every time we do ask, they change the question to a right, not a need because they know the numbers are against them.  They have agreed already UKTV is accessible already mainly because we have two options to access the spoken word, not, just one.  Preferences are a luxury, not a necessity. SO what are they actually asking for?

If we assume ALL minorities and Language should be on-screen, then, BSL is number 5 in the list of people by numbers and usage who should have it, with Polish/Urdu/Bengali ahead of BSL, and, what of sign users who want Signed English?  Others who want lip-speakers, Ignored?

Progress has been made but a deaf newsreader remains a long way off, says Cathy Heffernan The words ‘you can’t be what you can’t see’ might be overused but they are true. Programmes made in British Sign Language (BSL) allow deaf people who sign to be involved on screen – and behind the camera – in ways that mainstream TV doesn’t. Although TV in spoken language can be made (and often is) accessible to deaf people, it rarely reflects their lives and production teams rarely include deaf people. What BSL programming does is put stories about deaf people who sign on to the screen. All I had growing up was See Hear, short-lived series and a few films. Now, we have deaf children watching people like themselves fronting cookery shows and interview formats, and playing the leads in dramas and sitcoms shown on the British Sign Language Broadcasting Trust (BSLBT) website and seeded on mainstream channels. What’s more, you’ll find many of the directors, producers, writers and researchers are deaf too. If you can be what you can see, you can aspire to a career in the media. The BSLBT has been commissioning since 2008.

By offering an alternative way for commercial broadcasters to meet regulatory requirements to provide programming in sign language, it has delivered a sustained source of funding. This has allowed for more programme development, which in turn has generated more opportunities for deaf people. But limitations remain. Programme- making in sign language is in its infancy and remains conservative like 1960s TV seems to our modern eyes. One challenge for BSL programming is the visual nature of sign language – you need to see it to ‘hear’ it. Therefore, when editing interviews in sign language, you can’t paint the audio with archive or cutaways. The time is now ripe for some rule-breaking and experimentation. In Getting Personal, an interview format I developed for BSLBT, we shun the sit-down interview that has been the norm. Instead, we film in locations relevant to the story and bring more action and movement into conversations, so they are more visually interesting. It has been a challenge, but worth it.