The NDCS and the BSL campaigns: On the fence? 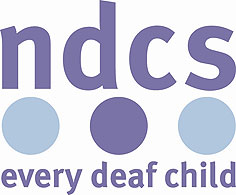 This is a blog held back because ATR requested clarification from the National Deaf Children's Society regarding claims by social media BSL activists the NDCS was a 'BSL' charity dedicated to culture, unfortunately, the request for clarification sent to the NDCS was ignored, as was clarifications from the BDA, so readers can make up own mind why that is.

"i am afraid i don't quite agree with your perspective at all sorry which is why i mentioned NDCS as it is predominantly for Deaf children, while you may feel it's not suitable they can point the researcher in the right directions."

ATR:  "The random usage of your D/d's seem to be your/mine (!) and the NDCS's issue, we aren't alone, nobody knows what to use or whether to use those perceptions or terms at all.  As I  understand it the NDCS serves ALL children with hearing loss/deafness who ask for its help, their remit is inclusive, not exclusive.

It's important to state that difference, hence their (NDCS), reluctance to endorse one communication format over another. Like most charities concerned with hearing loss and deafness apart (from the BDA who will ONLY  support signers),  they all sit on the fence and claim to be inclusive, as they don't want to be bogged down with complaints and moans, from over-indulged BSL activism, of 'discrimination' or lack of 'inclusion', most are already polarised to a degree.  The RNID is pretty much recognised as a hard of hearing and not a signing charity.

The NDCS policy is to support the widest possible options to deaf and HoH children, that is their remit without endorsing any one communication approach over another. It isn't a 'Deaf' charity in regards to the signing/cultural only approaches, only in that where possible it recognises those areas exist, but the holistic approach rules.

The problem we all have is the emphasis on the sign language to the exclusion of other forms, based on the viewpoint sign is best for the deaf child. (Mostly a concept-driven by deaf adults not hearing parents or state provision, which wants any and all approaches that help). I recognise this desire to promote BSL but feel it is more a misplaced dogma.  What our children need, is any and all options they can take up to manage in a hearing world.

My understanding is the NDCS won't support a restrictive or 'immersive' BSL approach as it is against what they stand for, the inclusion of deaf children. I would agree on the face of it, their remit focuses on the 'D' terminology in print, but that was adopted before the concept of D and d (deaf) came into being.

The D/d thing is also not a concept many HoH or charities agree with because discussions regarding support etc always deteriorate towards discrimination claims and division (Which is how most see what the 'D' stands for).  The deaf activists have screwed up reasonable discussions on the way ahead for the deaf.  Too many big fish in small ponds rule and some deaf ego's out of control.

Personally, I don't agree with concentrating deaf children in deaf surroundings, this limits their ability to integrate or understand inclusion, makes it harder for them to equate with hearing peers, it is why I support the state opting for inclusion and mainstreaming and want deaf schools gone.   Breeding grounds for more deaf activists and more isolation approaches.

The days of sending your deaf kids off to some large old house in the middle of a field to educate them apart from everyone else, so they leave school unable to integrate or communicate effectively, is not a concept anyone should support.

'Annexes' are also something I don't agree with, they are not integrational, they aren't supported properly, and not inclusive, a sop to inclusion. I believe inclusion is eminently possible assuming we don't paint the deaf child into a corner day one. It's not an 'attack' on the sign, (Which is the response I mostly get from those unable to defend their own view), it is identifying the realities of its use and also identifying why its just not enough.   It's also a lie there is no other choice.

Obviously, other forms of deaf education are possible e.g. Oral schools which have an excellent tradition of enabling the deaf child. Its an open secret the best deaf school in the UK is the Mary Hare Grammar School an oral-based educational system. (Which for some strange incomprehensible reason is churning out dozens of born again deafies), perhaps it's their ability to cash in on it.

True success in education is enabling the deaf child to be more effective in communicating with hearing.   Medical advance, better hearing aids, CI's etc also mean more options are available.  (I don't feel at this point lip-reading is viable as it stands).  I've no interest in the politics of deafness, deaf need to get out more, only in that, no deaf should be supporting need via bias, nor should anyone else,  the child comes first.

I think a fair amount of rose-coloured glasses are being worn regarding sign as a novelty or gimmick. My concern is over the hype of it because it is a paying format, and lip-reading the poorer hoh/deaf and unsupported option creating great inequality of support for most with hearing loss.   Awareness isn't happening despite the millions going in to it.

Deaf sign and culture pulls in £ms, I am not comfortable with that, where money is involved people with less interest in the deaf move in and BSL and culture become a saleable commodity. It's not advancing the deaf child, and there are concerns on how the money is being spent with a number of dedicated signing areas closing down via poor financial management, mostly down to promoting culture instead of deaf children's need..."
Posted by MM at Sunday, November 10, 2019