Deaf students working with Auslan interpreters from Ryan Gook on Vimeo.
Posted by MM at Wednesday, January 16, 2019 No comments:

Why is a UK hearing loss charity paying fees for migrants?  Do they have permission to do this by its members? or did they simply not ask them?  Why aren't they hiring our people?


Action on Hearing Loss has announced that it will cover the £65 cost of settled status applications for its non-British EU-citizen employees after Brexit.

The charity, which supports people who are deaf, have hearing loss or tinnitus, estimates it will cost roughly £4,000 to cover the application fees for its 60 or so affected employees.  It will also provide help with the application process for the workers, who are mainly employed in frontline care and support roles.

Mark Atkinson, chief executive at the charity, said: “I am proud that Action on Hearing Loss has become one of the very first charities offering to pay the fees for all of our employees who are EU citizens applying for settled status in the UK. “This impacts just under 10 per cent of our team and we value each and every individual.

“EU citizens in our employment make a major contribution to our vision of a world where deafness and hearing loss doesn’t limit or label people, where tinnitus is silenced and where people value their hearing. “In truth we couldn’t achieve the change we want to see without these colleagues and I hope this small gesture shows our appreciation to those affected.

“I hope that other charities follow our lead and make similar arrangements for EU citizens who contribute to civil society here in the UK.”


A deaf woman has been told that she cannot take part in jury service because an interpreter would not be allowed to translate the trial. Ms Pauline Latchem, 63, was sent a letter on 2 January informing her that she would be serving as a juror at Wood Green Crown Court in London.

However, when she wrote on her access form to confirm her attendance that she would require a British Sign Language (BSL) interpreter, she was told that she couldn’t serve jury duty. ‘I do not wish to be excused’ Ms Latchem said that she was told by a member of staff appointing the jury that her lack of hearing “may well impact on my ability to carry out my jury service”.

“I received jury summons on 2 January to attend Wood Green Crown Court on Monday 25 February at 9am for 2 weeks,” Ms Latchem told i. “The online form asked about access issues so I stated that I am a deaf BSL user and required BSL interpreters and note takers to take part. Deaf jurors who require interpreters cannot serve under the 13th juror rule.

“I received an email from the summons board thanking me for completing the online response and referring to my reasonable adjustment request, telling me that this was unfortunately not possible as ‘jurors are not allowed to have interpreters’ and that this ‘may well impact on my ability to carry out my jury service.'” Ms Latchem said that she felt “annoyed and irritated” by the decision. “My immediate feeling was that I was annoyed and irritated that banning me from being a juror was couched as an excuse – as if they were doing me a favour,” she said. 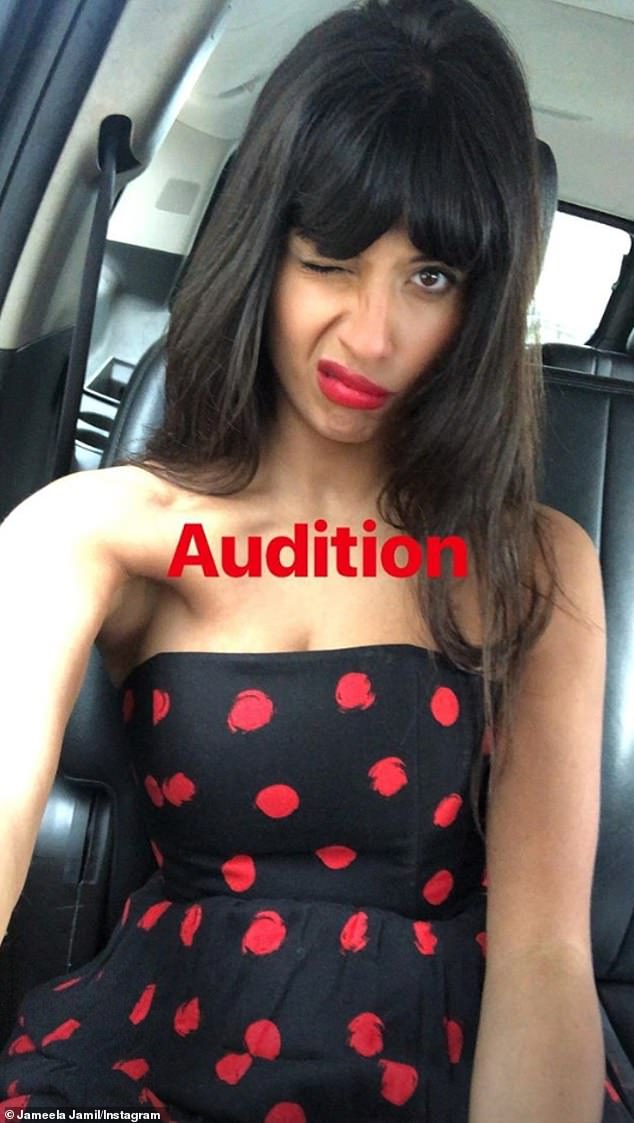 Bryan Cranston being cast as a paraplegic man in new film The Upside, has sparked a conversation in Hollywood about not giving enough opportunities to deserving actors. And Jameela Jamila has weighed into the debate, revealing that she recently turned down the role of a deaf woman in a film because she would rather it go to a 'brilliant deaf woman' instead.

The 32-year-old star - who was born partially deaf - insisted it 'wouldn't be appropriate' for her to play the part since she can now hear.

'I said it wouldn’t be appropriate for me to take that role and they should find a brilliant deaf woman to play that role 'I think you have to make those choices and not be too greedy and make space rather than take space. I don’t want to be part of erasure.' The Good Place actress insisted a 'big change' was needed in the industry and there should be more roles available for LGBT actors and those with disabilities instead of them being given to 'big names'. She conceded that it was 'very tricky' conversation, however, since acting is all about suspending disbelief and having the freedom to play any role.

I thought acting was about pretending to be someone else mostly? But the reality, is that there are very few profound deaf actors who can or would be able to convince us they are hearing.  Deaf output is still akin to foreign subtitled media really,  and minority viewing.

There have only been 3 or 4 films in recent times where deaf inclusion has really worked.  It's more about widening the viewer's perception of inclusion, who just want to see a good story or film without the politics or hashtag of it. So the background is not really explained.   Do deaf actors WANT to star in hearing films, or just want to promote their own areas?

I'm unsure insisting this is solely an inclusive issue is ever explained properly. Can you insist on realism in a fantasy world?  Why does everything today have to be a row about inclusion? when it is never explained about the realities of that inclusion or even if it is viable.  And any review tends to note 'how brave, and how clever we are to play ourselves'...

It is more likely the actor felt she couldn't play the deaf part properly.
Posted by MM at Wednesday, January 16, 2019 No comments: