HoH, a lost cause celeb?

As one American with hearing loss stated: "The HoH really need a thing of their own, but there is no solidarity or direction here."

Well, the UK is different to the USA in most respects re deafness and hearing loss, and has no campaigning HoH lobby as such either.  The last time we saw anyone marching in any strength was in support of 'Deaf president now' in 1980s London, which was put down to having fine weather and a day out, and sense enough to ignore the demand for a 'UK  Gallaudet' as well.  Look how the USA version turned out.

What exists is one or two leading Deaf and Hearing loss charities providing 'advice' on hearing aids and promoting with no real dedication a bit of lip-reading, and 52 others not really with any viable aim or direction.  A charity a day keeps non-interest at bay.  The Deaf are still on about access with strings attached.

There is no actual unity viz a viz the 'Deaf and HoH' remit at all.  we don't have unity with the UK disability movement either because areas of deaf culture don't want that label as it conflicts with cultural aspiration.  HoH areas DO consider themselves disabled by deafness and loss, but most don't make a point of it, so signers can keep dreaming their dream and HoH get what they can.  Most use the remit as a matter of habit, or simply (or rather cynically), to get funding, but no drive to embrace the inclusive aspect at all. UK charities are all polarised into signing and non-signing areas and have been for years.

The only people using the Deaf and HoH remit are the systems because sitting on the fence is less aggravation.   It was a twee remit invented by charity and the system to encompass people with hearing loss, and to try neutralising rights arguments, the system was determined to be inclusive even if the Deaf and HoH weren't, but unable to carry it through,  and long before the rise of the cultural ideal became a crusade of some sort.  Some health and support areas redefine hearing loss, culture, and deafness 11 different ways, whilst online there exists just two, and to the exclusion of e.g. deaf-blind except using Helen Keller as an unrelated ASL icon of some sort, because they had no-one of their perceived own to ID with.  If Keller had been hearing she wouldn't have been mentioned presumably.  Then along came Ms Marlin with a lesser version of God.

ATR has discussed at length what do HoH WANT? and got no real answers as such.  Apart from people like ATR trying to fly the flag of support, real equality, inclusion, and access against a groundswell of ignorance, apathy and sheer bias, it seems a total acceptance the signer goes one way and the rest tolerate and ignore it to go their way is the norm. No one knows what the eventual outcomes will be, except perhaps more divisions and disruption.  A lot would be comparable to Canute.

It is mooted the HoH have found the cure, and now use technology as access so no longer require as much support or help, of course, aversion or disappointment with deafness, sign, or culture cannot be aired as such, so its each to his or her own and the signer now has a clear run at the cliff edge of  cultural inclusive processes, which will probably see them all exiled online or in enclaves blaming everyone else for giving them what they asked for.

On reflection, the HoH never had a support system or a communication support norm of any kind anyway. What charities that do exist are wall to wall advice areas on clearing wax out of your ear, and changing your HA batteries, and hardly if ever note access, inclusion, or rights is an issue or hearing loss is.  There was some half-hearted attempt at Makaton, but lip-reading is treated as mission impossible, hearing aids, CI's, BAHA's, captions, subtitles, and phones rule.   Unless the HoH found their own medium and level they had none, with 9-10m HoH, next to none would embrace sign or culture which tells its own story.

A lot believe the 'Deaf' protest overmuch, but hell if they want glorious isolation that's their choice, but don't drag us along, and use your own statistics not ours.
Posted by MM at Monday, January 21, 2019 No comments:

Facebook Kicking People Out of Groups Who Don’t Participate? 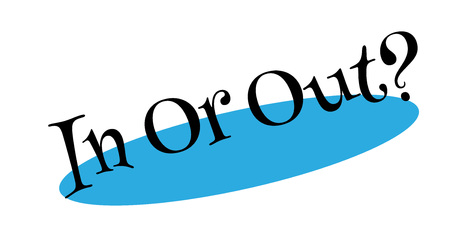 I doubt it. The rule here is to NOT join, or vet closely  'closed' groups if you can, as they are comprised of people who agree with each other and a clique generally so you won't be allowed to challenge a point even if it is valid, they will close ranks against.

Censorship on the net is rife and widely operated this way. Initially, the idea was to close groups to prevent spoilers and trolling, a valid aim but it evolved into the 'closed shop' and with too many moderators lacking any qualification to run a site, they become samey and the deluded mods become 'lords of own manor' enjoying the 'power' fo kicking people off-site or selecting only 'yes' people and those adopting the position of the site, inclusion doesn't apply on the net, because it cannot be enforced.  Deaf sites almost created this set up to initially protect the lesser able deaf being swamped by hearing input or the more able deaf view dictating how things are or should be.  The 'Pro-Deaf' sites are a travesty of democracy and wholesale bias as a result.

So we get polarised areas unable to accept realistic debates etc and each attacking the other in isolation.  Pro-charity, versus anti-pathetic stances etc, and pro-BSL/ASL against just about everyone who isn't.  If this is inclusivity and balance I'm a banana.

A lot just want to sound off to people in the same situation as they are, to get sympathy, break isolation, but they never get around to solving the original issue much, because the misery gets all-encompassing, and people enjoy too much complaining to each other it becomes a norm to preach to the converted,  Sites can fold if someone enters being aggressive about that and the mod allows alternative views in.  Mostly because the old retainers of the sites, and those with a blatant own agenda, are finding themselves exposed to realities they joined the net to avoid or don't want to listen to.

The net has created more issues than it will ever solve, and the nature of its use encourages more isolation, more extremism and more aggravation and bullying, there are hardly any 'open' sites that can cope with two people disagreeing with each other regardless how balanced it is.  'Disharmony' is the new black and an excuse to revert to the accepted status quo.

Facebook is only interested in sites they can sell advertising too, and contentious sites do that for them,  hence a reluctance to kill that golden goose,  low-level area sites don't do anything for their profits.  The more people that participate in a site, the wider the FB selling area, it's quite cynical but, we don't pay anything for FB or twitter so hardly in the running to dictate.  FB also knows if they charge for their service people won't pay and go to other areas instead.

It's mooted FB is now just for oldies.  The only answer is to stop using facebook and have own site, then Facebook has no control over what is talked about, who joins in, or who doesn't.  What we lack are people with an ability to moderate, any fool can set up a site, not any fool can run it properly.  FB can be zeroed if we simply don't use their medium because then, they lose revenue and have to listen to us. We aren't passives with no control unless we choose to be, but the lure of something for nothing and a platform to talk bllx is all-consuming sadly.  We finally find people as inactive and pointless as we are, but 300 idiots is still 300 idiots.

ATR could easily do the same, follow anything and everything, and support whatever, but, why would we do that?  The site aim is individual as is the owner.  You cannot help but think those desperate to attain 'followers' and 'likes' are people who by default would not get them any other way except online and from people the same as them they are living the 'dream of inclusion' but without actually meeting people or demanding it in person.  Then surprised they aren't getting it. Inclusion is adding a digital signature to a petition no-one reads, or agreeing 'cest la vie' to every issue to avoid giving it real thought, and/or, avoid being honest in case the clique moves against, or you find out you really are a racist or homophobic or think the others on that site are stupids and easily led.. but that is life.

There are also claims many active FB and Twitter sites are being run by their own site clique's in that once someone challenges them to the point of a ban, they get blacklisted from the rest, cyberbullying.  ATR at deaf.read is visible proof of it happening.

Facebook isn't kicking people out of groups bad moderation is.