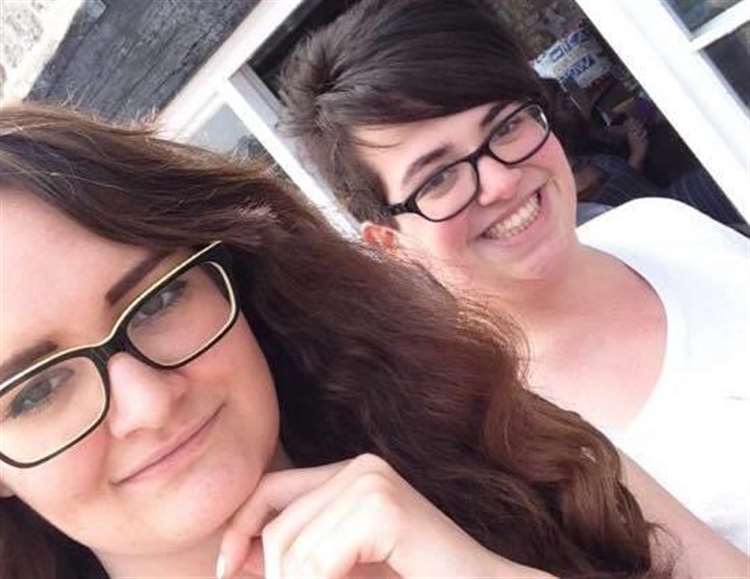 A retail worker who is hard-of-hearing has spoken out against inconsiderate customers who are not sympathetic of her disability.


Amie Bodkin works in a store in Bluewater and often encounters people who fail to realise why she may be struggling to hear or understand them. She spoke out after coming across a viral video of a deaf man being refused service at a drive-thru simply because he was deaf.

The video shows the man, Brandon Washburn, attempting to place an order at the Taco Bell drive-thru in Kettering, Ohio, by using his phone screen to present his order. He is told by the server that it is "against company policy" to take his order, who goes on to threaten to call the police on Washburn. The incident was recorded by the man’s girlfriend, and the employee was later fired by Taco Bell.

Responding to the video on Facebook, Amie said: "I never usually post my views but as someone that is hard of hearing, I find this incredibly frustrating. "Being deaf or hard-of-hearing is hard enough without being refused service because of something you can’t help." The 21 year-old from Worcester Close, Istead Rise, often takes orders both face-to-face and over the phone in the shop. She said: "As part of my job, I frequently have to take people’s names and contact information for some of the services that we provide and sometimes I do struggle with understanding what customers say as I can sometimes mix up the sounds of various letters and numbers.

"As crazy as it sounds, some letters and numbers sound alike to me and I have to ask once, twice or three more times to check I have gotten it right. "There have been incidents where customers have gotten frustrated with me and tutted, sighed or rolled their eyes and speak to me as if I was stupid. "I try exceptionally hard every day at work trying to keep up with everyone else and it is extremely exhausting.

Airline discriminated by refusing to write things down for the deaf couple. 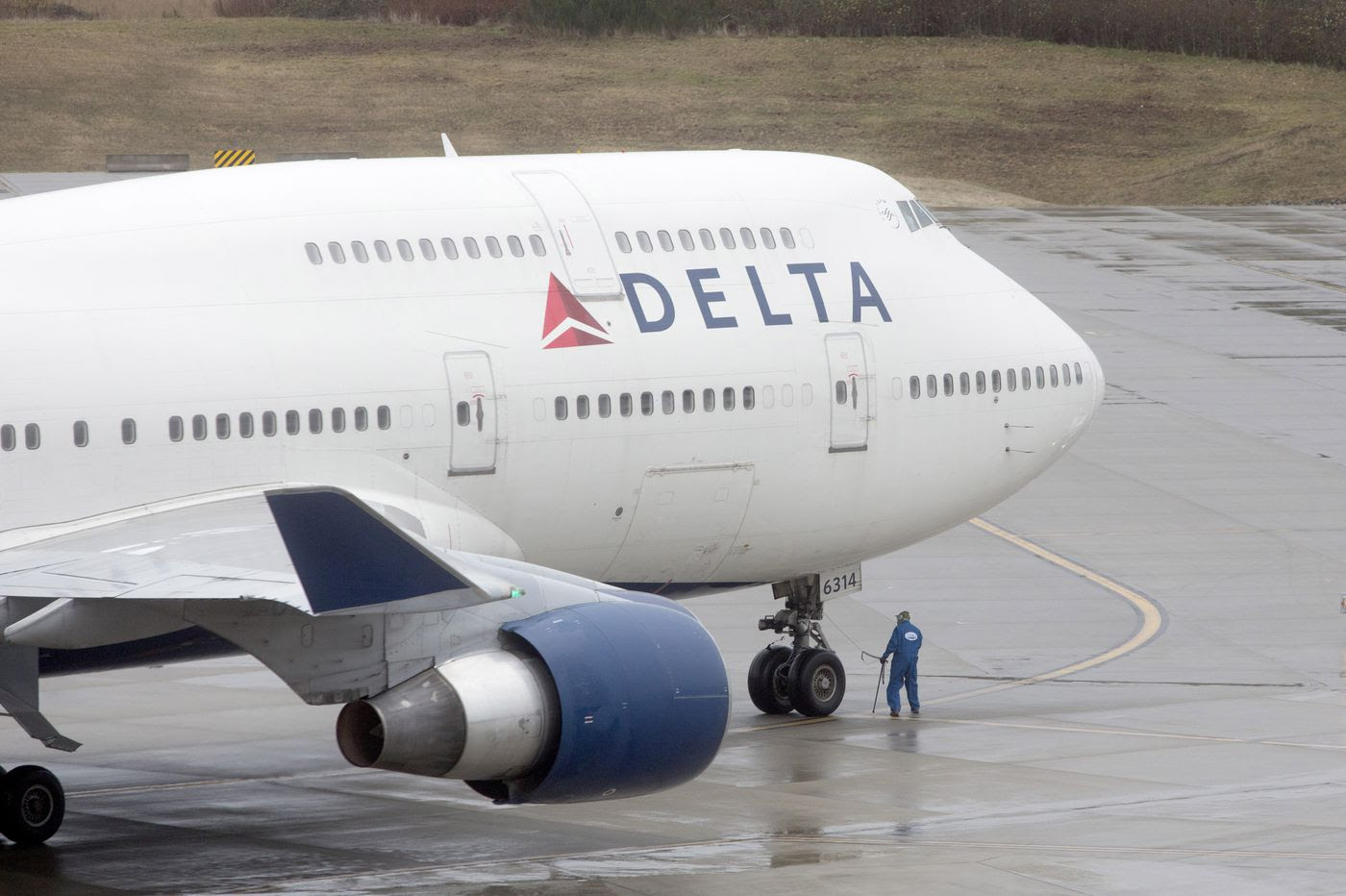 Makes a change from refusing to sign at them I suppose!   A deaf couple accused a Delta Air Lines staffer of discriminating against them by refusing to communicate with them in a way they would understand - in writing.


Instead, the couple said, the staffer rolled her eyes, the situation escalated, police were called, and they never got on their flight. Socorro Garcia and Melissa Yingst have threatened to sue and said Delta should train its employees on how to communicate with deaf passengers. In a statement, Delta said: "We have reviewed the situation with our Detroit team and continue to work with these customers to better understand what transpired.

We take situations like these very seriously and as part of our culture of continuous improvement, we are using this as an opportunity to learn." The dispute happened at the Detroit Metro Airport on Sunday night, when Garcia and Yingst, who were in Detroit for the National LGBTQ Task Force's Create Change conference, were heading home to California. The women said they had initially been told they would be able to sit together, even though their assigned seats were apart. At the gate, they tried to communicate their request using an iPhone, but the agent kept talking and refused to write anything down, the couple said in a Facebook video recounting their experience.

The recent response to concerns about AOHL financial viability.  ATR has received some assurances of no cuts to its current provision in East Wales and indeed a new 'service' called 'jobsense' was announced, but 'restructuring' recently announced by its CEO appear to contradict this. Ergo:  "I don’t think it’s appropriate to use voluntary fundraised income to subsidise the responsibilities of the state,"

Yes, we can reassure there are no planned cuts to support available in Wales. To reassure we are planning to support more people across Wales and will be launching a new ‘Jobsense’ service. This will support people across East Wales into employment and is funded through the Welsh Government and European funds.

Perhaps AOHL could consider closing it's London office HQ? which take up huge amounts of money away from its funding, as cost of living and sky-high London costs are prohibitive?   This would be more realistic usage of AOHL funding I feel, as would 'devolving' AOHL itself to reflect the political and assembly UK realities?

AOHL Cymru e.g. could be a stand alone set up, as could AOHL Scotland etc....  AOHL must be the sole charitable area that has failed to recognise devolved assemblies, and it is an issue because as we know support systems for HoH are devolved to.

Can AOHL add 'tags' to video updates to identify WHICH areas they are talking about? and whose responsibility and area it covers?  It is not always clear what area they are talking about.  The nature of the viewing beast is assumption few take the trouble to investigate or validate the news they read.

We had a farce recently where some Welsh HoH actually commuted to London to lobby over one issue, (Including 2 AOHL members!), via people assuming a post pertaining to an NHS change in England applied also in Wales too because they read it on the AOHL London-centric website, and because AOHL's only website is there, it is assumed all such info applies everywhere else.  Whilst AOHL has website 'links' to local areas (Wales, Ireland and Scotland aren't local), the reality is most do not seek those links out.  There is concern 'regional areas' of AOHL aren't making local decisions, but support and care directions are dictated from London, often overruling local AOHL Staff recommendation and defined the localised need, AOHL appears to be dictating what that need is by itself..

Many care and health services for the deaf and HoH AREN'T run via London or Parliament any more.   E.G. most welsh assembly guidelines for deaf and HoH care and support in health are 'advice' only and depend on various trusts to include, (or  as posted to ATR recently via a welsh assembly health minister), ask they 'honour' their obligation to our rights, and they can't or won't because of other cost demands on the Welsh NHS, and despite access laws.

AOHL withdrew active participation in the all-party set up, it was/is getting nowhere, and there was no support for the deaf who went unless they provided their own.  AOHL responded by rewarding the Assembly with awards congratulating the staff there on access provision.  You could not script it, and far be it for ATR to suggest, it was a cynical ploy to engender more funds, as deaf were unable to get any identification of the staff who 'qualified',  curiously the data protection act was used so they could not be identified, so what was the point?

(1)  What is the official breakdown of London HQ costs?  Wages? rent? staff? etc One rather fears this situation has rambled on since 1911 when benevolence was king/queen and is dated,  it no longer reflects the current state of the UK political reality nor has for 15 years.

(2) Has the AOHL reclaimed money spent on migrants settlement cost, as this is free now?

(3) Current financial position of AOHL.  Income £40,060,000   Spending £42,719,000.   It's the financial approach of Micawber, and they are warned about viability.  This also suggests cuts are inevitable, you cannot keep spending more than you get.  Something has to go.

(4) Can AOHL explain plans to move areas and expertise to Europe?

It is reassuring the AOHL is getting involved in work support, but the law is already there to ensure we are treated fairly isn't it? and it ignores fact the government has CLOSED job centres and running employment approaches via welfare allowance rulings instead.

ATR was asked, will we all be attending AOHL job-centres?  No, They aren't job centres, they are proposed 'advice areas' probably suggested because CAB and Co weren't supporting deaf and HoH via lack of funding, and the Welsh BDA was unqualified to advise their own deaf and excluded HoH anyway.   ATR asked the BDA for comment and hasn't had a reply as yet, with regards to how many deaf unemployed there are, given current rivalries we probably won't get an answer..

The AOHL in assuming its moral high ground as 'non-political' is defying realism and practicality, as well as telling a few 'porkies' because they got itself involved in EU issues of migration, and refused to oppose attacks on the rights of deaf and HoH by our own government to ensure they kept the funding coming in..  The AOHL CEO stated this week, "I don’t think it’s appropriate to use voluntary fundraised income to subsidise the responsibilities of the state,"   So, what is 'jobsearch'? The AOHL, in essence, operates APART from the mainstream of our deaf and HoH support/communal areas.  It pretty much does its own thing as some sort of 'support area' which systems pay them to provide, via need the AOHL itself defines.

ATR could also suggest the AOHL no longer pursues hearing aid cleaning etc and uses funds to ensure deaf and HoH get what they are already promised by a legal agreement and by no less than 4 equality laws.  Not least because it is deterring membership and belief, as well as ignoring the fact the NHS has that responsibility.  This is a real way to make difference.  If only to stop apathy towards what AOHL provides otherwise.  ATR feels AOHL are constantly bailing the government out and being opportunistic,  instead of attacking them for withdrawing that help, blocking deaf and HoH rights, and still hoping funding will keep going in for that. AOHL is part of the solution or part of the problem, isn't it?   Again,  the AOHL CEO stated this week, "I don’t think it’s appropriate to use voluntary fundraised income to subsidise the responsibilities of the state,"

AOHL aren't really paying for jobsense and, to be fair, all 'EU funding to the UK' is money re-sent back to the UK from billions we send there to trade with them (Minus the redistribution fees),  which raises the point will jobsense support funding continue When we leave the EU?  That funding could dry up. The UK government as we know, won't finance it is why they appealed to the EU fund.   We really need to target who is creating the issues.  AOHL may have applied for that funding. We are unsure it is was researched for practicality or for viability, or just another attempt by the AOHL to create jobs for themselves. Of real concern is the fact they haven't the staff yet to set it up and still trying to get such staff (who will need quite professional qualifications if it is to work, and still doesn't take into account DWP approaches, which will be neutralising anything they try).

Last year with huge welfare allowance issues taking place, East Wales deaf and HoH, had to rely on the RNIB, because neither the AOHL or the BDA were able or qualified to help.  It's rather late in the day to have a  stab at it.  Jobsense seems to be going nef the funding cake that is disapperaing fast.  It's just a never-ending begging bowl and pointless mess, that benefits few if any of us.