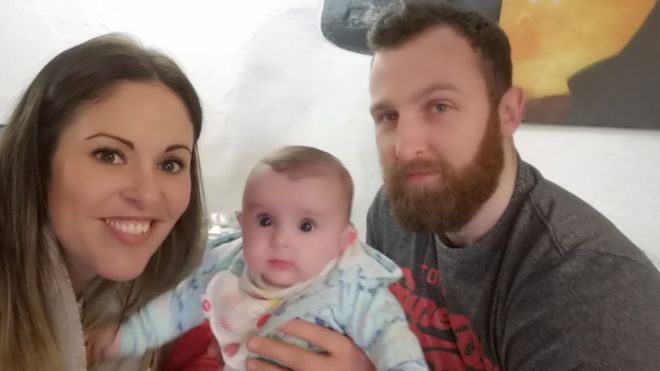 The huge costs of teaching sign language, not only to children but their parents. Why doesn't the welsh BDA help them?  They appear advocates of sign and culture but unwilling to help the parents with a deaf child unless they get paid too.

Why the assumption their child will only be able to sign?  There ARE other options and assists.  Parents of a deaf four-month-old have to pay £6,000 for sign language classes if they want to communicate with her.

Ros and Josh Hannam's daughter Lola was diagnosed shortly after she was born. Although they had some support from Monmouthshire council, the couple from Caldicot will have to pay for British Sign Language (BSL) classes themselves.

Mrs Hannam said people found it "ridiculous" when she told them they had to pay. The Welsh Government said it would review BSL funding. "I think the first thing we felt [after Lola was diagnosed] was probably devastation," Mrs Hannam said. "She was going to have extra requirements and extra needs that we weren't anticipating.

"I think once we got over the initial devastation, it was about what can we do to make this good?" The couple got some basic language support through the council's Sensory Communication Service, but how much parents have to pay towards BSL classes depends on where they live. Some get it for free, but others have to foot the full cost themselves.

What is Auditory Verbal Therapy from Hype Pinay Mom on Vimeo.
Posted by MM at Monday, February 04, 2019 No comments:

Not!! Far easier would be to simply NOT draw any attention to whatever 'issue' they have and address them the same as everyone else and treat them the same, this is just creating and cementing labels. A rose by any other name is still a rose.
Posted by MM at Monday, February 04, 2019 No comments:

Undeniable proof English is the primary way forward for the deaf.  What is surprising are claims it wasn't being used to educate our deaf children, what on earth have they been educating these kids with?  A millstone?  It's time these linguistic isolationists considered the futures of deaf children.  Whose bright idea was it to invent an alternative that would just handicap the deaf child for life?  Culture doesn't create jobs (Except for hearing interpreters, hearing teachers, hearing carers),  it doesn't even equip the deaf to do them.

Around 6,500 deaf children in the UK use English as an additional language. Without the right support, they can face a number of challenges which affect their development, confidence, school work and happiness. A new booklet and video are being launched with practical advice and strategies for teachers and education professionals to help children overcome these challenges and learn at the same pace as their hearing classmates.

The number of children using English as an additional language has more than doubled in the last decade to over 1.5 million, around 6,500 of whom are deaf. 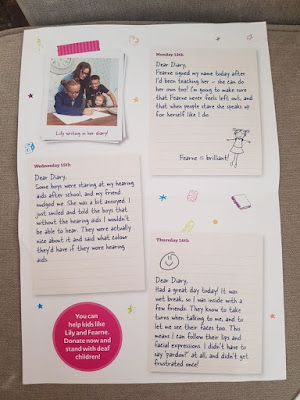 An 11-year-old girl who is profoundly deaf has shared her diary, giving a moving insight into her world and the difficulties she faces every day.

Lily Murray, 11, from Workington, Cumbria, wears bright pink hearing aids but has been picked on by both classmates and adults as a result of her condition. She was approached by the Deaf Children's Society to front a campaign about her experiences and has so far raised almost £24,000 for the charity. Some of the diary entries reveal how she feels left out in school or embarrassed when she doesn't hear what someone has said.

Her mum Nicki said "Lily was bullied a bit last year over being deaf and missing out on things really. "It's difficult for anyone going to secondary school but she says in her diaries about how if she doesn't hear something she's the butt of a joke. "Her school have been doing deaf awareness workshops and we're hoping to get in a few sign language classes as well for the children who want them. 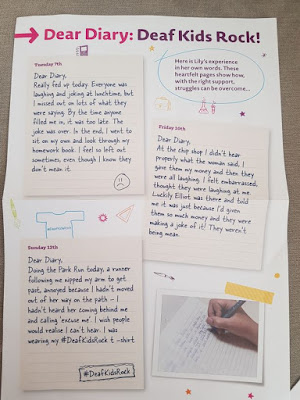 "She's just so proud to have raised so much money to help other people." Lily wrote in her diary about how her hearing disability leaves her feeling left out at school.  She wrote: "Dear Diary, really fed up today. Everyone was laughing and joking at lunchtime, but I missed out on lots of what they were saying."