Unplanned Pregnancy Support from SLIS on Vimeo.
Posted by MM at Tuesday, February 19, 2019 No comments:

Hearing in a deaf world affords me a front-row seat to witness the injustices imposed on the Deaf community.

Although I consider myself fortunate to not be directly impacted by these acts of disservice, there is something infuriating about watching friends and loved ones face unnecessary obstacles in the name of convenience and bottom line for the hearing world. One such atrocity is the hearing world’s disregard for equal access to language, especially in the for-profit funeral service industry.

Before I elaborate, I would like to express my belief that providing interpreters for any language is important. Our country is a melting pot of diversity and, along with it, comes the responsibility to nurture a variety of languages and dialects. The reason I feel it’s important to prioritize interpreter access for the deaf population is this: A deaf person can never learn to hear the English language and it’s inhumane to withhold the opportunity to understand what is being said around them.

The federal government agrees with this inherent right of language access. Title III of the Americans with Disabilities Act requires all public businesses to provide accommodations for deaf individuals, including interpretation. This regulation goes into much greater depth, but let’s focus on the person’s right to an interpreter.

Statewide, the deaf community has been battling for their right to interpreters for decades. Many businesses are either unfamiliar with ADA law or fight tooth-and-nail to try to get around it. Let me be clear, a deaf person should never be asked to pay for an interpreter. The infrequency of interpreter requests a business faces paired with their profit margins and tax incentives for providing the service makes their unwillingness to comply with this federally-mandated law ridiculous. Ironically, the cost of hiring an interpreter is far less than the time and resources needed to defend an ADA lawsuit. 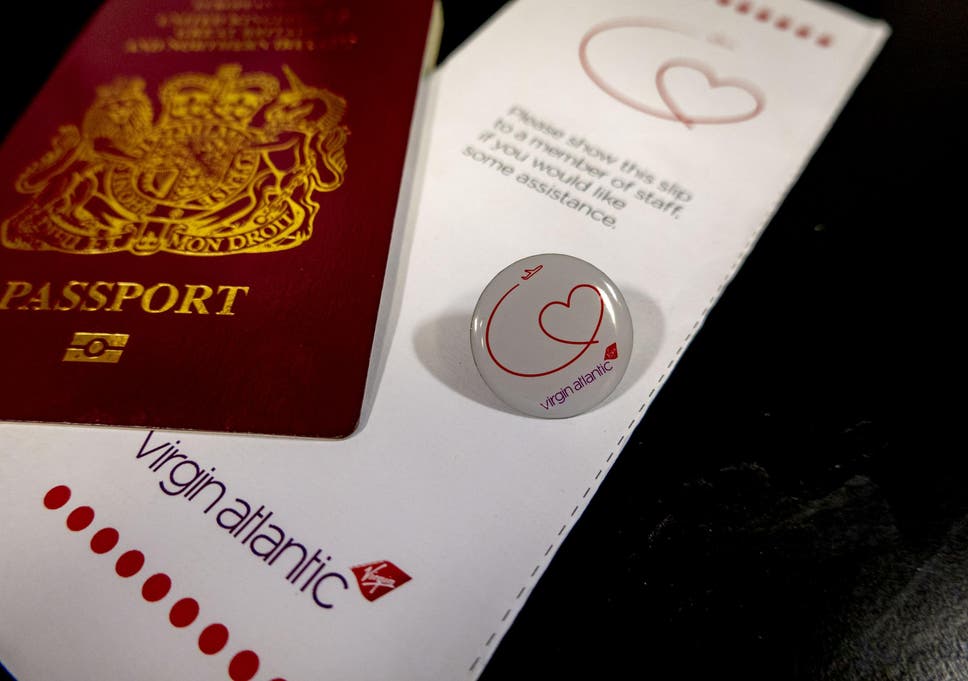 Virgin Atlantic has launched a Hidden Disabilities scheme across its networks.


The initiative aims to make flying easier and less stressful for those who may face additional challenges when travelling. Virgin staff have undertaken specialist training to ensure they are fully informed about and able to assist passengers with hidden disabilities, such as autism or Asperger’s.

A specially designed symbol, which can be discretely tucked away in a passport or worn as a pin badge, signals to Virgin Atlantic crew that additional assistance may be required.  The scheme, which is available at no extra cost, can also extend to staff working with passengers before and after a flight in an effort to minimise the impact of what can be a stressful experience.

Staff can accompany passengers through the airport, arrange priority boarding and reserve seating where necessary. Onboard, staff can also arrange in-flight entertainment for blind passengers, while some crew members have had sign language training to assist deaf travellers (although this must be pre-arranged).

Geraldine Lundy, passenger accessibility manager at Virgin Atlantic, says: “We are committed to giving all customers easier access to travel. The Hidden Disabilities scheme is one of a series of initiatives that Virgin Atlantic is planning on introducing over the coming years, to help those with disabilities overcome any key challenges they may face.”

How to get funding

Stating the obvious and using long words. A recent advert for a new publication on deaf and mainstream/support attitudes.


It would help if they stopped using the term 'Hearing' as if it is a swear word or form of abuse.

There is no us and them, just me and you. Mainstream sees deaf thought their support, they do, how else can they see it when there is always a 3rd party there?  and the client is barely looking at them?  It's not a 'natural' state to talk to someone else instead of the person are trying to talk to.  The hearing background will out just as a deaf one will.


Interpreter/hearing attitudes as regards to their work are not going to show (Officially), anything more than they will support the people and politics of those who pay their wages, probably add criticism to systems that don't sign direct, but not too many in case their services are no longer required! Let's NOT overdue the access thing.

It's more to the point to address deaf concerns a number of terps are acting as unqualified social workers and advisors in defiance of their job remit and the attitude of deaf clients who encourage it.  Also the lack of independent regulation of BSL interpreters with the power to remove terps who don't maintain the proper distance required of their work.  An end to freelance would also provide a more effective support base for these BSL users.  As would a ban on family support create real demand, given 60% of deaf rely on them, thus reducing demand for trained and neutral help, do Deaf NOT want independence?

Another article doomed together dust somewhere.  Far better more investigation and research was given as to the need for funding these things when the money could be better used to educate deaf people.  It's not all bad news, flogging BSL awareness is a real money spinner.  I would be uncomfortable with that.

Can't these people write in plain English so the deaf can read it?  It's a collection of obscure dictionary terms thrown together to look like an academic opus.  Where Paddy Ladd leads they all follow apparently!  Always using 5 words where one would do.  When in doubt create another obscure term.  It's an assault on readability.  In part, appears to be a Deaf drive to legitimise deafness as an academic pursuit, instead of the god-awful disability it is, except for the few who view deaf ignorance is bliss.

Hearing people perceiving deaf people through sign language interpreters at work: on the loss of self through interpreted communication by Alys Young Rosemary Oram Jemina Napier.

"This article addresses the impact on occupational relations of mediated communication through a sign language interpreter from the perspective of hearing people who do not sign but who work alongside deaf signers in the workplace.

Based on a phenomenological analysis of eight semi-structured interviews, findings address the influence of phonocentrism on working practice between deaf and hearing people. In particular, the implications of the inscription of identity and presence through an embodied language are discussed. The consequences of failing to acknowledge the interpreter as a contingent practice for all, not just the deaf person, are examined.

The findings have implications for the recognition and promotion of deaf agency and talent in the ‘hearing’ workplace and extend understandings of structural influences on workplace discriminations to include those of interpreted communication."

Note some translation if it will help, I suspect it won't! Clear as mud innit.

Phenomenology is the study of structures of consciousness as experienced from the first-person point of view. The central structure of an experience is its intentionality, its being directed toward something, as it is an experience of or about some object.

Phonocentrism is the belief that sounds and speech are inherently superior to, or more primary than, written language. Those who espouse phonocentric views maintain that spoken language is the primary and most fundamental method of communication whereas writing is merely a derived method of capturing speech.
Posted by MM at Tuesday, February 19, 2019 No comments: