But, they INCREASED funding for sign language users, and in the UK offered them $1400 a week.


Shirley Edwards was thrown into a world of confusion and frustration when she began losing her hearing in her 30s. Key points: The Federal Government wants to cut NRS funding by more than $10 million a year Senate estimates has heard the new tender process failed to deliver value for money Deaf Services Queensland said one in six Australians were affected by hearing loss The Brisbane woman, who has two cochlear implants, is able to handle phone calls on her own thanks to a service that converts conversations into text for people with hearing difficulties.

But there are growing questions over the future of the National Relay Service (NRS), which provides the translations, with the Federal Government planning to cap funding for the service at two-thirds of its current cost. Mrs Edwards is among more than 4,000 people around Australia, largely hearing-impaired or elderly, who rely on CapTel handsets to communicate on the phone. The handset operates like a regular phone, except it connects to an NRS operator who translates the conversation and sends it back as text within seconds. "It takes away the isolation and gives me a lot of independence," she said.

"I don't have to rely on people to make my phone calls for me." A range of phones for deaf people PHOTO: A range of CapTel phones for people with hearing difficulties. (www.nocostcaptel.com) A Senate estimates hearing in February was told it cost more than $31 million to provide the NRS in the 2017/18 financial year and $32 million in 2016/17. With the contract now up for renewal, the Federal Government has called for tenders capped at $22 million a year.


About 6 in every 1000 children screened in the world are born deaf, and for every 200 of them, only one speech therapist is available. The situation is even worse in countries like India, where most people are poor, and health services are not readily available. In a recent study, a group of researchers from the Indian Institute of Science (IISc), Bengaluru, have designed a hearing aid that can offer substantial support, especially in the Indian context.

The study, published in the Proceedings of IEEE Global Humanitarian Technology Conference, emerged from a course project at IISc, with intellectual contributions from Dr Ramesh A and Ms. Littina George Manalel, St. John’s Medical College, Bengaluru. Speech and hearing therapy require considerable time and commitment from the parents of the hearing impaired. Besides, therapists are unavailable at many places across India.

The cost of hearing aids, which range from INR 15,000 to INR 2,50,000, and regular visits to a therapist, add to the economic burden of these families. In the current study, the researchers have designed a simple smartphone application to offer therapy, integrated with an affordable hearing aid. The prototype of this hearing aid costs about INR 5000—a third of those available in the market. “We are working hard on the therapy application now and are hoping to strike partnerships for faster development of the hearing aid. We hope to raise some funding to start clinical testing of this concept within this year”, says Dr Manish.

Arora, the lead researcher of the study from UTSAAH Lab at the Centre for Product Design and Manufacturing (CPDM), IISc. The newly developed hearing aid can be connected to a smartphone application, via Bluetooth. The application is multilingual and currently supports English and Kannada languages. The app is designed to switch between two modes—a ‘hearing aid’ mode and a ‘therapy’ mode. In the ‘hearing aid’ mode, the ambient sounds are amplified and processed to enable the child to hear clearly. In the ‘therapy’ mode, pre-programmed audio clips, available in the application, can be accessed and therapy sessions can be conducted by the parents or caretakers of the child.

UK Goverment to be dissolved? 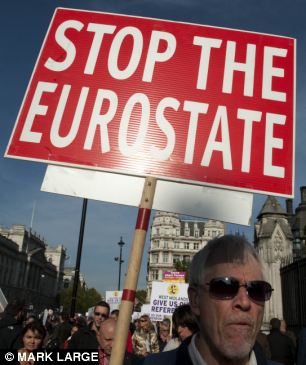 A tale of the tape regarding the UK's vote to leave the European Union and EU plans for re-arming Germany and a German/French-run European army (Despite Europe 40% reliant on Russian Gas and Energy).  Plus, 10,000 UK police and troops on standby if Brexit rejected.

How they voted so far in MP's 'taking back control' from the government. Ergo, how NOT to run a democracy.

Contingent Preferential Arrangements (Proposed by Marcus Fysh)
AYES: 139   NOES: 422 There was not a majority for any of the propositions

G - Joanna Cherry’s for revoking article 50 in the face of no-deal Brexit.

Undaunted and still in complete denial, they wanted to demand an indefinite extension while they 'sort it out'. A tied result was returned on an amendment which sought to pave the way for the third round of votes on Brexit alternatives, with MPs voting 310 to 310.  A majority of ONE.

This was hailed by MP's as 'democracy speaking'.

Question: if just a single vote is a democratic majority, then, why is near 2 million NOT a majority?  because they voted to leave?