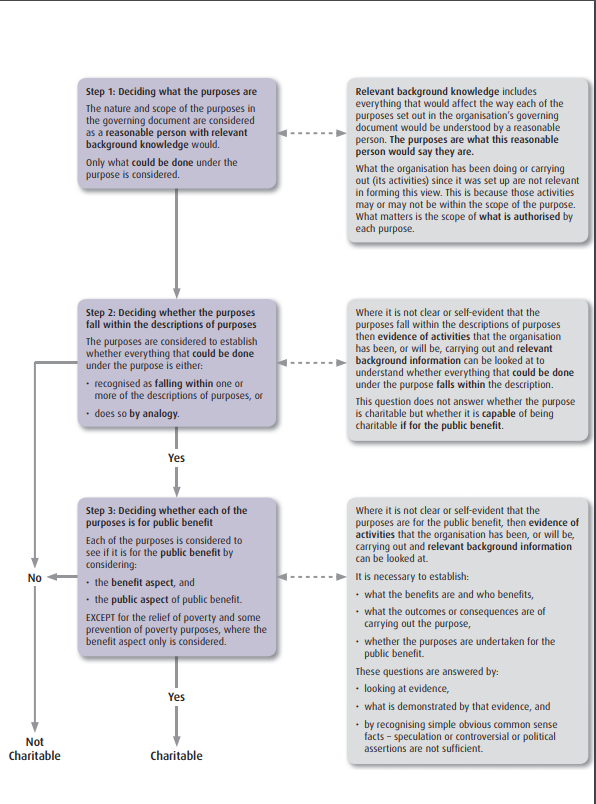 And perhaps why many should not?  There is no mention of qualifications for the people that run them.   There is no coverage of the degree of staff viability, background, or experience.   This appears to be the opposite of how employers hire staff, in that there is an essental qualification to do the job. The deaf are a vulnerable and disabled area with a high degree of need for trained support too.  Nowhere else would the amateur be allowed to set up or run, such a support system.

It would seem the whole ethos of the charity commission is to assist an uncaring government to offload its legal and ethical/moral duty, to its most vulnerable, by selling them the image best they sort themselves out, 'you know best', perhaps being the greatest hype/spin of all, and, it costs the state nothing, making deaf beggars by default and reliant on handouts, when they are legally entitled to support anyway.  Sadly the deaf are not listening and see it as a way to create own jobs instead, i.e. until the handouts stop, or the unqualified deaf run it into the ground.

A cursory glance at the charity Commission legal site also suggests many deaf groups are openly flouting equality and inclusion rules.
Posted by MM at Wednesday, June 12, 2019 No comments:

This book was a significant step in recognizing Auslan as a language and a growing awareness of Auslan. The book has since been used in courses, workshops and schools to support people learning Auslan all across Australia. To celebrate the anniversary, we’ve asked people to share a few words, have a look.
Posted by MM at Wednesday, June 12, 2019 No comments:

Deaf Charity folds and under Investigation by Charity Commision

Most of these cases are down to people who lack sufficient qualifications to run a 'business' for the deaf, by far, the Charity Commission does not check sufficiently if many such appeals for charity status are viable or can be run properly.  Anyone can set up a charity and it shows.  The fact you are deaf also isn't enough qualification to run a charity supplying support.

A charity to support deaf people in Preston has gone into administration. Lancashire Deaf Service, in Cannon Street, offered advice, advocacy and information for people with hearing difficulties.


But after falling into difficulty paying staff wages the charity – which also has branches in Blackburn and Burnley went into administration last week. Around 70 staff across the three branches have lost their jobs. A spokesman for the charity said: “Lancashire Deaf Service has ceased to operate from Cannon Street, Preston, Keirby Walk, Burnley and Heaton Street, Blackburn. “The reason for this was a shortage of funds for staff wages. Inevitably, this resulted in the organisation going into administration on 3rd June.

“Understandably, it has been a difficult time where over 70 staff were made redundant and more importantly the support services have been cut to Deaf people across the county.” A spokeswoman for the Charity Commission confirmed they had opened an investigation into the charity and its governance. She told Blog Preston: “We are aware of concerns relating to the governance and finances of the East Lancashire Deaf Society Ltd and we have opened a regulatory compliance case to examine matters further. “In order to avoid prejudicing the outcome of this work we cannot comment further at this time.”