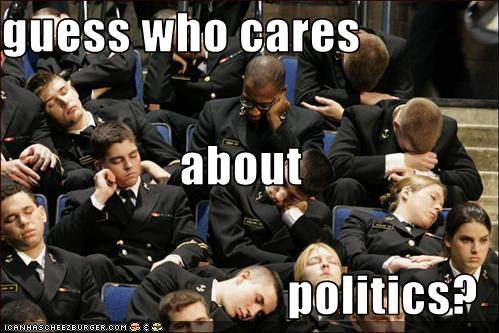 An Online View by William K? (Posters are saying they aren't able to comment here?  ATR will print any reasonable response let us know why you can't.).  The response was too lengthy to include in the comment spot anyway.  Try a PM to the ATR social site if all else fails.

ATR is covering political representation by BSL users, but the UK actually couldn't put up any of note.  I follow ATR not always certain he approves of the deaf community as such but he raises a good point occasionally.  I put this query myself to an AOHL CEO and he didn't answer, that was after he lauded BSL representation in politics on his twitter account, ATR pointed out the lists did not include ANY actual UK BSL people.  Probably because they covered only those who were visible in the political area in 'politics' and not just those as lobbyists.

What they do is lobby hearing areas about how BSL users suffer a lack of support, it's a worthy cause, but it isn't 'deaf' representation as such, a minority cause would be more accurate a description, but we won't see BSL MP's or MEP's because the deaf show no interest in those issues they are 'hearing ones' not about sign, not about culture, not about deaf schools, not about deaf clubs etc, and there is a hardcore of deaf who take themselves far too seriously to be eligible.

Deaf online sites don't really exist for real politics they are fragmented complaint/closed areas about the lack of BSL access, none of it based on real inclusion.  There isn't a single political meet in my area I feel excludes me, and that is because if I want to go I will and ask for help to follow, if you don't present as a demand they won't see any so that isn't discrimination.  Use it or lose it applies there too.  It's like demanding a car and then showing no interest in driving it or passing the necessary test. Everyone has a car so why shouldn't I have one? it shouldn't be a rule I have to drive it properly..

I take interest in non-deaf issues which is the only way really to get any respect for turning up.  No-one wants to listen about BSL till their eyes bleed to the exclusion of everything else. It is instantly marginalising yourself, and, ignoring other deaf people's need too. BSL is still a minority cause.  If you want access you have to front up and get involved using it.  Online deaf sites are anathema to democracy they don't really understand what is involved or their part in it, and aren't able to cope with challenges to views party politics involved, topical issues, but I do wonder who apart from me (Or ATR Site), takes an interest in them anyway.
Posted by MM at Sunday, June 16, 2019 No comments:

Find out in this timeline Deaf people around the world who have held political responsibilities and who communicate in Sign Language in the exercise of their functions.[ATR] Try to avoid UK Deaf political sites they have no idea how to attain representation because they refuse to get involved outside the deaf area themselves, they use excuses e.g. we don't have access, the real question is what do they use present access for? 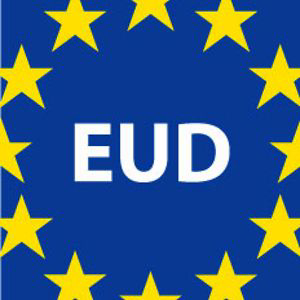 Given 60% don't even use BSL interpreters, and their campaigns are about improving the cultural profile, not inclusion, there is little or no proof they are getting into hearing politics or even hearing debates and areas to be more aware of what they need to be aware of.    Hearing are not going to sit there listening to the trials and tribulations of BSL users day in, day out, they want to know you care about their issues too.

Until the deaf understand they need the hearing vote to represent because there aren't enough deaf to swing it, they are NEVER going to be a political representation, just another deprived area ad infinitum, they need to know what hearing want/need to.  Their only current aim is to represent themselves in own charities and adopt the martyrdom approach it seems.  It's about cultural preservation, not inclusion.

This current list of successes by signers did not appear to include a single BSL user from the UK or NI, 2 leading areas for access provision in Europe (At least until October perhaps!), even New Zealand had some.  A lot are European, but the distribution of European updates for the deaf are in a format BSL users claim they don't know or isn't their preferred option.  It's text not sign.  The only sign is 'uni-sign' a format British deaf doesn't know or care about.  When did the UK 'Deaf' area last read up on European deaf inclusion? or representation?

1992, Stefano Bottini (Italia): member of the Social Affairs Committee of the Italian Parliament from 1992 to 1994. Party: Italian Socialist Party (centre-left).

1996, Alex Ndeezi (Uganda): member of the Parliament of Uganda since 1996 in representation of persons with disabilities. Party: National Resistance Movement (right).

2009, Helene Jarmer (Austria): Member of the Parliament at the National Council of Austria between 2009 and 2017. Party: The Greens, Die Grünen (centre left).

2011, Martin Vahemäe-Zierold (Germany): member of the Berlin-Mitte District Assembly between 2011 and 2016. Party: Alliance 90/The Greens (centre-left).

2015, Camila Ramírez (Uruguay): member of the Parliament of Uruguay in 2015. However, the Chamber does not allow access to Uruguayan Sign Language interpreters. National Party (right).