ATR extends many thanks to the followers of ATR for helping it reach 2m views on Deaf. Read alone.  This is a true reflection of your interest as ATR blocks return visit and views being counted to 'bump up' audience figures too.

ATR is a blog produced by 'MM' from Wales in the United Kingdom.  It is not culture or 'Deaf' specific in nature but does have own views on that area, it covers wider areas of the hearing loss community and world news/views too.  We don't feel deaf culture is all there is to our world.

ATR had and still has, many opponents and much opposition in the UK itself, who feel ATR is negative and oppositional to the signing deaf and their culture.  Involvement by ATR on UK social media sites were eventually blocked wholesale such was the opposition to ATR input.  It meant if ATR was to survive it would have to seek a more democratic and open area to express a view, and to challenge if need be, established attitudes that ATR felt are neither helping the deaf or HoH community.  The rise of the clique being a direct threat to harmony and a threat to democratic discourse.

ATR being only the 2nd UK site involved at the time.  ATR then went on to attain the 1st position on the DR blog rating list, as far as we know still unchallenged by any other UK blogger.  But, ATR isn't about being best or first, it is primarily a micro 'news' blog.  We aren't a 'website' as such only a blogger format if ATR wanted glory (!) it would be using extensive Social media options and a dedicated website Google would actually see or flogging ad space to charities to engender more views.  ATR ISN'T primarily a 'social' site, the area is too much of a vested interested minefield to get involved in without us wanting to throttle some people!

ATR is by definition 'at the edge' of the deaf community. The owner is deaf and signs but also lip-reads and with a born deaf signer of the community as a partner who hasn't forgotten his hearing roots despite not really having anything useful after the 13th birthday...  Profound deafness kicking in at 21.  ATR's experience covers a lot of areas, from the early disability movements to now.  ATR also solely represented UK deaf people at the launch of the UK 1995 disability Act launch in Manchester, England.

Since ATR started blogging we have seen many access and inclusion issues, technology advances, and ATR was there when the first captioned CC video was aired on youtube, indeed was the third party as a grass root deaf person to have a go at it himself despite claims CC was some fad at the time.  ATR also saw the first subtitling on UK TV sets. 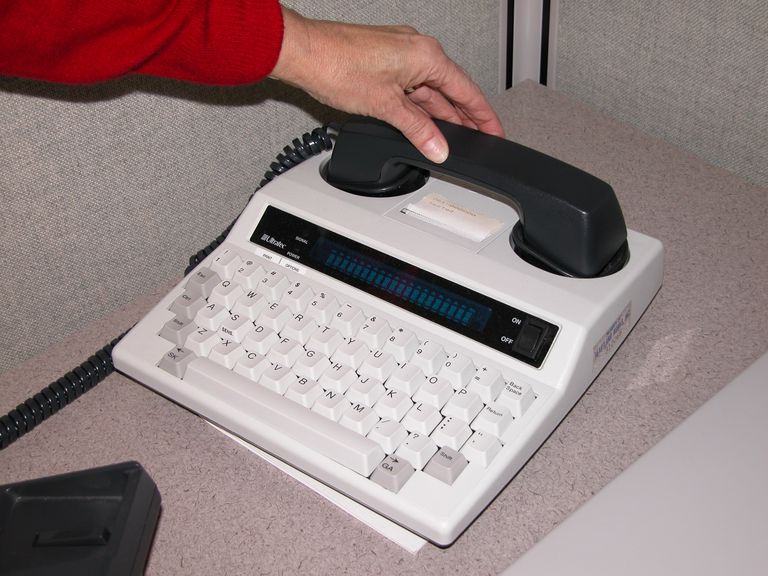 ATR saw the introduction in the UK of minicom access to the telephone, another 'fad' the deaf and systems at the time thought would never catch on.  ATR also campaigned for and had installed 40 of them in his area to be installed at the police, hospitals and welfare and SS depts enabling deaf to communicate direct themselves as well as a designated office and accessible hospital area for deaf alone.    There was no widespread use of the mobile phone then it was strictly dial-up.


The primary opponents to such access were the Deaf community themselves, and the systems who assumed the deaf could not use the telephone system namely because they couldn't read, so how could they text? (that statement came from their own dedicated social services), and the Deaf said they had no phones to make a call.  Not everyone at that time saw the phone as a future option, how times have changed!

As a short overview today, we see much less deaf or HoH access or innovation than we see now, huge concerns deaf and the disabled are under wholesale attack from UK systems who think we are too expensive to support, and too lazy to help ourselves, combined with major closures of deaf clubs, deaf schools, and withdrawals of basic access to deaf welfare and care support and caps on our support to work.  we have gone back not forward. 2020 looks like more of the same.

We have less than we had 25 years ago. Technology usage has masked many realities, and the claim we are an online community has mixed feelings with ATR, given the deaf and HoH need face to face to make communication really work, ATR feels people need other people.  Deaf attitudes and direction have changed too, many areas have polarised into cultural communities and 'rest' doing their own thing pretty much, ATR doesn't see that as unity or inclusion or these as a deaf priority anymore.

There is a singular idea of what progress and access is, that does not look very inclusive to ATR.  That was always the basis of ATR challenges to culture, it never challenged the people on the ground, who look entirely puzzled at what passes for their representations online and far more realistic and inclusive.  They want to get to the next day and really less concerned with projects that are ideological more than practical.

ATR also is challenging to charities, which it feels limit the advance to independence.  There is a corporate stitch up of who directs that support too, with us an image, but without any real clout at all.  What ATR leads on DR and UK sites is basically that little has changed in real terms in the UK at least, and the community ethos has become part of its own view of an 'establishment' but still hasn't managed to divorce its social from medical attitudes because of the basic realities of need, both financial and supportive.  Hopefully, ATR won't change in the future, again many thanks to that who have persevered with ATR regardless!