A look at the last 'War' between oralists and Signers.  When a UK hearing Loss charity sent the police around to deaf activists, a Deaf CEO was ousted by Hard Of Hearing, and then gagged for 2 years.... 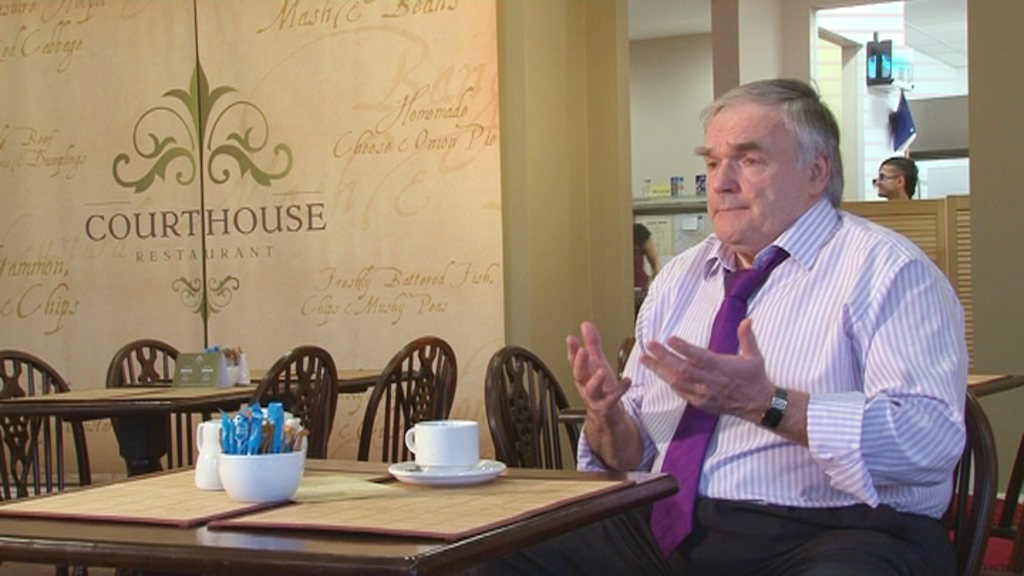 
Wed 5 Jul 2000:  Several thousand deaf people are expected to march in London on Saturday to promote awareness of British sign language (BSL) and call for its official recognition as the equivalent of a spoken tongue. The Federation of Deaf People, which is organising the march, says BSL is in more common use than Welsh, Cornish and Scottish Gaelic combined.

The federation has been set up by Doug Alker, former chief executive of the Royal National Institute for Deaf People (RNID), who this week also publishes a book setting out his version of the momentous events surrounding his departure from the charity in 1997.

At the time, the charity said he "wanted the freedom and time to tackle issues close to his heart". But Alker, whose severance deal included a two-year vow of silence on events, now says this was far from the truth. In a bitter and outspoken attack on the RNID leadership - in particular, chair David Livermore - he claims he was victim of a palace coup for moving too far and too fast towards a deaf people's agenda. The significance of this is that Alker was the first deaf chief executive of the RNID.

His appointment in 1994 was hailed as a watershed in the world of disability charities. But, according to his account, he soon became mired in the long-running feud between "oralists" (those who believe deaf children should be exposed to the conversation and discouraged from signing) and advocates, like himself, of BSL.

In the book, Really Not Interested in the Deaf? Livermore is portrayed as sympathetic to the oralists. He is accused of manoeuvring to oust Alker and replace him with James Strachan, the current chief executive, who is also deaf but comes from a very different background to Alker.

Alker's departure in 1997 triggered outrage on the part of some deaf activists, who forced an extraordinary general meeting of the charity but failed to defeat the leadership. Many activists are said then to have drifted away from the organisation.

One of the saddest episodes in the saga, as the book recalls, was the involvement of police at the apparent instigation of the leadership. Officers visited a house being used as a mailing address by a self-styled "RNID action group", collecting support for the emergency meeting, and seized correspondence that was allegedly then handed over to the charity. Alker writes: "The RNID's involvement of the police against its own deaf members had a chilling effect."

Alker, 59, is now based in Lancashire, where he is working to attract young deaf people to the federation's rights agenda. The RNID says it is unable to comment on his book without seeing it, but points out that he worked for the charity for 10 years in all and that it shares his goal of official recognition of BSL.


Complete rubbish basically, as she described the medical people suggested things a deaf child can USE to advance her access in life, there was no suggestion they told parents not to sign etc.... her tirade was rather silly, uninformative, and biased.  As for 'fitting into society' doesn't every one of us want to be included?  frankly, I think she blew any options she might have had...
Posted by MM at Tuesday, July 23, 2019 No comments:

BSL in Education? NDCS says No.

There is a fair amount of publicity recently re education and sign, with demands for BSL on the curriculum for all deaf and Hearing.  The Government response seems to be standing back and leaving it to schools themselves, on the understanding no other lesson on the curriculum suffers as a result, and more importantly for schools, the government are NOT going to provide funding for it, read below a recent transcript of a debate in parliament.  With the NDCS stating BSL ISN'T a primary requirement.

"I, therefore, need to ask the Minister what discussions he has had with his ministerial colleagues at the DWP about the prospects for a British Sign Language GCSE. As he knows, the DFE has already piloted a GCSE and has it ready to go, but the Government will not give it the green light. One has to ask why not. Perhaps the Minister will explain in the wind-ups whether that is a DWP decision or a DFE one.

Scotland has led the way with the passing of the British Sign Language (Scotland) Act 2015. In 2016 Northern Ireland launched its consultation, and now the Welsh Government are consulting on introducing BSL into their curriculum. England seems to be lagging behind. In 2003, in UK terms, BSL was officially recognised as a language in its own right by the Department for Work and Pensions. In 2009 the UK Government ratified the UN convention on the rights of persons with disabilities, which states, among other things, that we should uphold such rights by:

Having said that, however, I think there is a small conflict between the title of the petition and what people were being asked to sign. The title states, “Make British Sign Language part of the National Curriculum”, but the wording asks why BSL is not taught in schools. The National Deaf Children’s Society has reiterated its position on a BSL GCSE: the society does not believe that it needs to be a mandatory part of the national curriculum, but that it might be easier for the DFE simply to approve the GCSE in British Sign Language that has already been piloted. That would make it an option for schools, should they deem it appropriate, but the DFE appears to be refusing to give the go-ahead due to a blanket policy on no new GCSEs.​" 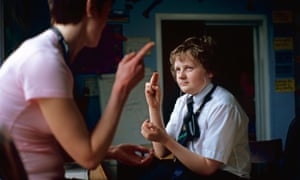 Indeed!   But the TYPE of educational format is still undecided, they are still highly reluctant to adopt BSL as any primary means of language access for the deaf child and given oral tuition is proving more successful in academic terms.  Here, a deaf charity uses the  topical issue of a new PM in the UK to urge more investment, given the last 10 years I doubt it will happen, my own local educational areas is trying to  cease supporting SEND e.g.  The UK has no money it seems to invest in the disabled or the poor or elderly any more, and the welfare arm of the DWP is removing daily, care/support and financial assistance.

The issue with the Deaf is they are not promoting/support/access on the right grounds if they did, there 'might' be more funding going towards them.  E.G. mi££ions are going towards sign promotion and cultural art awareness and little or none into basic education of the deaf child,  all that is happening there are hard-line deaf activists demanding BSL for everything.  What will happen is an impoverished community, at a huge disadvantage, not a vital or thriving one... and the state won't OK a signing educational approach.  Not least because it affects parental choice, but essentially,  there is no infrastructure, deaf schools, or trained people to make it happen.  From what we read the deaf charity hasn't understood that yet...

"A new PM must help children with special educational needs They’ll have to find a way of reversing cuts to staff and repairing the damage caused by years of underinvestment, says Steve Haines of a children's deaf charity.

It’s heartbreaking to see that children with special educational needs are being left without the support they so desperately need (Special needs education is breaking our budgets, say councils, 19 July). Every child in this country has been promised a world-class education. Instead, they’re being constantly held back because of a chronic lack of funding. The responsibility to fix it now falls to the incoming prime minister.

They’ll inherit a broken system that is failing disabled children. They’ll have to find a way of reversing cuts to staff and repairing the damage caused by years of underinvestment. But they’ll also get the chance to have a lasting impact on the lives of over a million children. Whether they choose to take it, and how quickly they act, will show exactly what kind of leader they want to be."