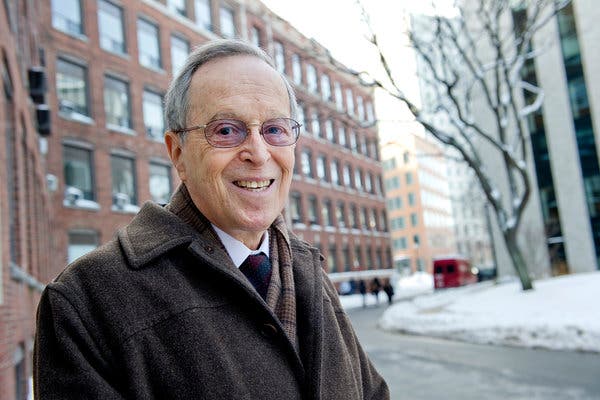 
Dr Harlan Lane in 2011 at Northeastern University, where he was a professor of psychology and was instrumental in starting an American Sign Language program.  Harlan Lane, a psychologist whose immersion in the world of deaf people led him to become a leading champion of the position that people born unable to hear are not disabled but are part of a distinct ethnic group with their own vibrant culture, died on July 13 at his home in Roquefort-Les-Pins, France, near Nice.

He was 82. Dr Richard Pillard, a friend and collaborator, said the cause had been Parkinson’s disease. Dr Lane also had a home in Boston. Dr Lane was a hearing person whose work in psychology and linguistics was transformed in the early 1970s when he was introduced to deaf students communicating in American Sign Language at the University of California, San Diego, where he was a visiting professor. “I became quite excited because I realized there was a whole new way to look at the psychology of language,” he recalled in an article in 2011 about him on the website of Northeastern University in Boston, where he taught for many years until retiring in 2012.