12 Tips to welcome the Deaf and HoH 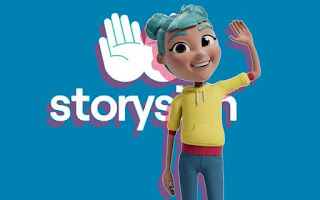 Probably THE most misleading claim for BSL.   Today, on International Day of Sign Languages, Huawei has revealed that 95% of parents are in favour of having British Sign Language (BSL) added to the national school curriculum after 74% of British parents admitted to not knowing the difficulties some deaf children experience when learning to read.

The study of 2,000 British parents, also found that 81% of people surveyed did not know how to sign in BSL or were only able to communicate in it very badly and wished they had been taught a few words when they were at school (82%). Whilst, 58% believe BSL is difficult to learn, there is an appetite to learn sign language. In fact, 98% think it would be a good idea for children to learn sign language to help them communicate with the deaf community.