They are closing in on the rogue deaf genes.  Researchers have identified 44 genes linked to age-related hearing loss, giving a much clearer understanding of how the condition develops, in a new study led by UCL and King’s College London. Hearing In the study, published today in The American Journal of Human Genetics, researchers analysed the genetic data from over 250,000 participants of the UK Biobank aged 40-69 years to see which genes were associated with people who had reported having or not having hearing problems on a questionnaire.

44 genes were identified to be linked with hearing loss. Co-lead author Dr Sally Dawson (UCL Ear Institute) said: "Before our study, only five genes had been identified as predictors of age-related hearing loss, so our findings herald a nine-fold increase in independent genetic markers. "We hope that our findings will help drive forward research into much-needed new therapies for the millions of people worldwide affected by hearing loss as they age." By the age of 65, one-third of people are affected by some degree of hearing loss which can lead to social isolation and disability and has been identified as a risk factor for dementia.

[Risk Factor does not mean primary CAUSE].

Despite being a common impairment in the elderly, little is known about the causes of the hearing loss and the only treatment option available is hearing aids which are often not worn once prescribed. The findings of this study will allow researchers to determine how the condition develops as we age and may identify potential targets for new therapies. Co-lead author Professor Frances Williams (King's College London) said: "We now know that very many genes are involved in the loss of hearing as we age. This study has identified a few genes that we already know cause deafness in children, but it has also revealed lots of additional novel genes which point to new biological pathways in hearing." The next steps in this research are to understand how each identified gene influences the auditory pathway, providing opportunities to develop new treatments.


Consolidating deaf support in the wake of more and more deaf charities failing to continue or survive.
Posted by MM at Tuesday, October 01, 2019 No comments: 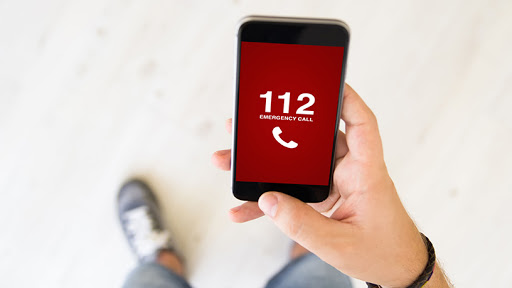 Vodacom has unveiled an app that enables deaf and hearing-impaired persons to contact emergency services when they need help.

Vodacom says users can request emergency services such as fire, police, sea rescue, traffic and ambulance. Karen Smit, Vodacom's principal specialist for specific needs, says: “As an organisation that aims to include all members of society through our different product suites, we realised there’s a gap in the market. Most emergency services are predominantly accessible via voice calls. We recognised that this was a barrier for the deaf and hearing-impaired market segments, hence the birth of this app.” Smit adds it became evident to the company that it needed to address the needs of those that are vulnerable.

The app helps deaf patients better manage treatment Hearing-impaired abuse victims get a lifeline “As a brand that believes in inclusion for all, Vodacom works hard to promote an inclusive digital society, regardless of age, income or disability. “We will continue to launch accessible products that offer solutions to those that need them most.” The app is available for download from the Google Play Store and Apple App Store. Once downloaded, users can register their mobile number for the service. 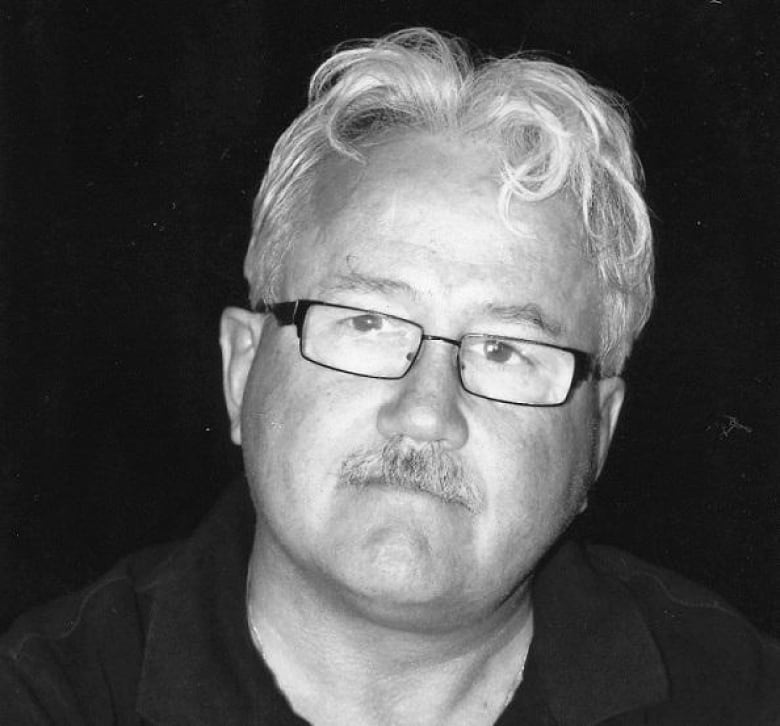 David Burke waited over 60 years to be able to communicate with the world. And with the help of relatively new technology, that wait is over. Burke is deaf.

The 66-year-old Winnipegger said that for most of his life he had very few options when it came to connecting with people. "If I was sick I would still have to physically go to work, inform them that I was sick and then return home. If I wanted to go visit a friend I would have to physically go to them and see if they're home, and if they weren't home, I would have to come back," Burke said. But that's all in the past.

Burke now uses the Canada Video Relay Service (VRS) — a national telecommunication service that allows people who are deaf or hard of hearing to make direct phone calls to anyone in North America. He said it has changed his life forever. "I remember my first call. It was so clear. I was so happy and thankful," Burke said. "I feel more equal to the hearing population." David Burke, who is deaf, says new technology known as Canada Video Relay Service has changed his life forever. (Submitted by David Burke) Burke said deaf people prefer to use their first language — which is usually sign language — instead of their second language because they're more comfortable signing and communicating that way.

According to Canada VRS's website, interpreters are available to provide services in four languages: ASL, LSQ, English and French. He said text and email don't allow for the same freedom of communication. VRS is the closest he's ever come to speaking directly with the hearing community. "For me, I have my computer open and there is a video that I see the interpreter who has a headset on in order to communicate [with the person on the phone] and can be hands-free in order to communicate with me. The interpreter can see me signing and I can see them signing and they can hear [the person] speaking and [the person] can hear them speaking." VRS was introduced across Canada in 2017.

Today it has over 300 certified interpreters and over 7,000 registered users. It's available 24/7, year-round. It allows the user to make and receive phone calls, as well as take and leave messages. Battle for better communication Diane Underschultz, a community outreach specialist for Canada VRS, said this technology has been widely available in the U.S. for over 25 years but it was a bit of an uphill battle to bring it to Canada. "The deaf community tried to advocate with the [Canadian Radio-television and Telecommunications Commission] and they were the one's kind of rebelling against it," Underschultz said. "It was all about the money." But the community didn't give up.

Underschultz says the Canadian Association of the Deaf spent over a decade in negotiations with the arm's-length federal telecommunications regulators before finally gaining approval and funding. Now, the national commission provides funding for private call centres to hire certified interpreters. For deaf users, the service is completely free. All they need is a device and a connection to the internet.

Hearing loss not holding Ben back. 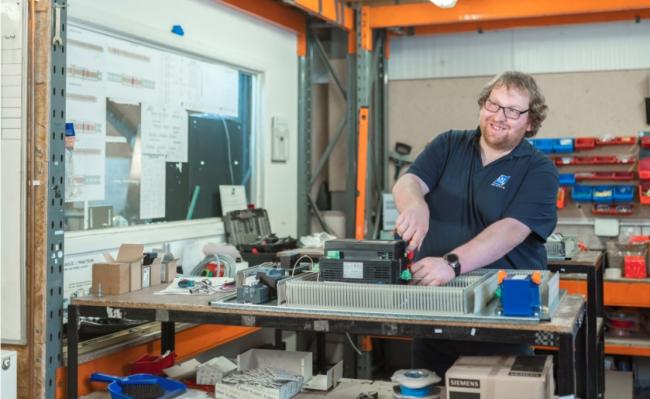 An apprentice engineer who was worried his hearing loss would hold him back is encouraging other disabled people to apply for apprenticeships.


Ben Hamblett from Wrexham is an electrical and electronic engineering apprentice with ACE Lifts and works in a small team wiring lift component units. The 28-year old achieved a HNC in Engineering at Glyndŵr University after leaving school but struggled to get into employment for five years, which resulted in him suffering from low confidence and anxiety. Ben said: “I was worried about the future and not being in work. It reached the point where I knew I needed support, so I contacted a charity for help. They were really useful and gave me practical advice on making phone calls to potential employers, interviewing techniques and how to state my disability on a job application.”

It was important for Ben to find an employer that would be supportive towards his deafness and advice to help him identify a list of potential employers. Ben added: “We found a company called ACE Lifts advertising engineering jobs. I was nervous about applying because some companies can have misconceptions about deaf people being a health and safety risk in the workplace - especially in engineering roles.” The job he had applied for involved working down a lift shaft where he would be required to follow the instructions of a colleague who would be positioned at the top of the lift.

Ben, who in his spare time enjoys producing music, said: “I went to meet ACE Lifts for an informal chat and during this, I realised that the role wasn’t suited for me as I may not have been able to hear the instructions. It was obviously disappointing but then they mentioned a Level 3 electrical and electronic engineering apprenticeship that was live and offered me a two-day work trial. “After the trial, I was offered an apprenticeship role. I was shocked when I got the call but overjoyed that I finally got a job after years of searching. I’m now nearly a year into my apprenticeship and I’m really enjoying it and have regained my confidence,’ 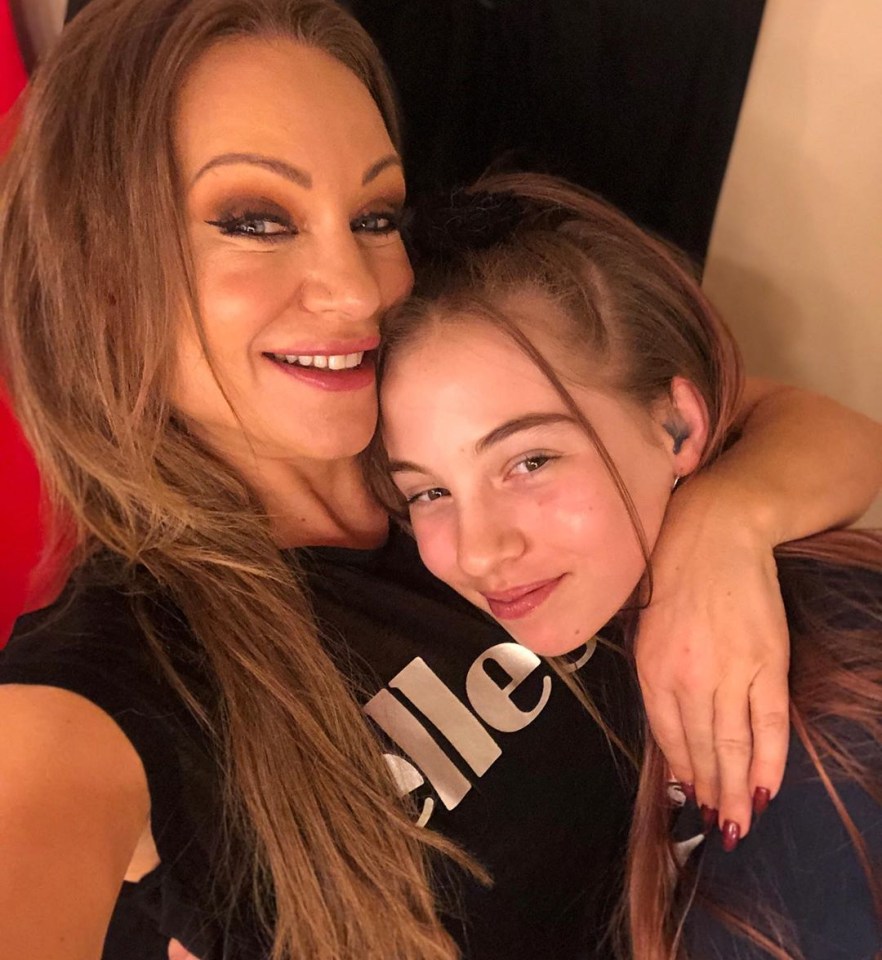 Eastenders favourite Rita Simons has shared a jaw-dropping video of her deaf daughter Maiya singing note-perfect in an amazing stage performance.  [Note she finished in the soap opera some time ago].  When she first told everyone she was having her daughter implanted she was viciously attacked by born deaf, who called her a child abuser.   It's sad the deaf community still allows the hating deaf any mileage at all.


Rita, who played Roxy Mitchell in the BBC One soap, revealed she was "going against" her parent rule of shading her kids from the limelight, because of her sheer pride. Rita Simons has shared an amazing video of her deaf daughter singing.

Rita Simons has shared an amazing video of her deaf daughter singing. Maiya, aged six, is profoundly deaf in her right ear and partially deaf in her left ear yet belted out an amazing rendition of Spotlight, a tune from musical Everybody's Talking About Jamie. She was diagnosed with the condition aged just five months. Rita, 42, hailed herself a "proud mama" as she uploaded the scenes which captured Maiya working the stage in sheer delight.

The 10 year old's face beamed in delight as she sang the tune, complete with facial expressions fitting to the theatrical track. Rita hailed herself a 'proud mama' at witnessing twin Maiya's performance.  Rita's eldest daughter was diagnosed at just five months. Rita accompanied the touching video with a lengthy caption, in which she wrote: "I don’t normally put too many pics of my kids on social media but I am going against my rule this to show all you parents of deaf kids out there that #cochlearimplant CAN change your child’s life.

"Maiya is almost profoundly deaf. Without her processor, she hears nothing. "She was implanted six years ago and this was her last night singing a song from the show I’m in right now."