Just HOW effective is it?  Can it replace sign when deaf are having issues with text/grammar?

How an app will revolutionise education for deaf students.  Imagine you’re in class trying to take down notes for an important test next week. How you do in this test and what you’re learning in school are not without far-reaching consequences in how your life and career will pan out.

Now imagine trying to do this without being able to hear. This is the reality for deaf and hard-of-hearing students everywhere. Not everyone is privileged enough to have an interpreter and not every learning environment will meet their needs. Google’s Live Transcribe app may change deaf students’ learning potential forever. “This app really helps all kinds of information, not just [making] education…accessible to a greater set of people. So if you’re hard of hearing or deaf, you don’t have to go to a special school anymore,” said Sagar Savla, a product leader in Google’s AI Research group, in a video conference at Google Malaysia last Friday.

“You can continue in the same hearing school or university and follow along and get conversations without having to learn or teach somebody else sign language.” All you need is a smartphone and Internet connection for Live Transcribe to turn speech into large, easy-to-read text on your phone screen in real-time.  Available in 70 languages (including dialects such as Indian and South African English), the app also detects other sounds apart from speech, such as running water, a whistle or a baby crying.

The app lets you set a primary and secondary language, a convenient feature considering that in many countries, several languages can be spoken in one sentence alone. The app is able to correctly transcribe two languages at the same time.

Me and Don (Quixote). 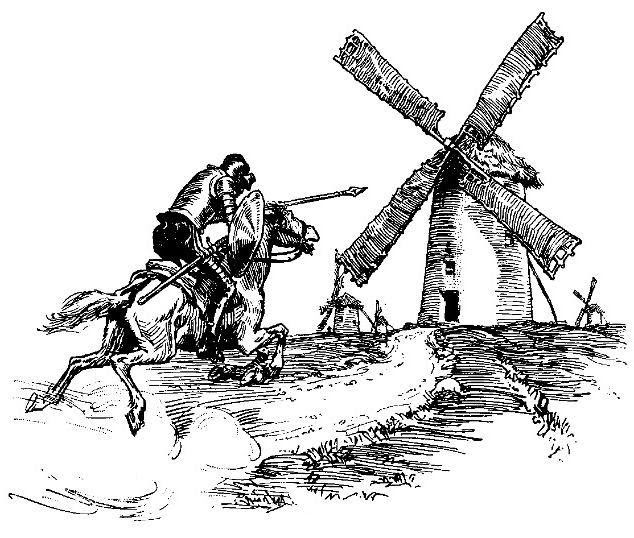 A response on HoH social media on why inclusion does not seem to be working for the HoH or the 'deaf'.  I was told we must keep fighting...

"My life work in reality but I feel the HoH as an issue area does not exist in the UK.  I feel more like Don Quixote than myself as being ignored is the norm.

There is no national UK support system, but amazingly I was told HoH have found their own 'cure' for it all that requires no support, and that apparently is technology or lip-reading. Because we can text anyone or post here with others then the isolation no longer exists, well we fool ourselves daily, with aids and lip-reading we can follow OK so why not that?  We can lip-read OK, if people adopt the right stance and we are adept enough but, 98% are not that and the remaining percentage relies pretty much on inspired guesswork.   It's just that I think people on people is a community and I don't want to spend a lifetime posting to social media as the only 'social life' I am ever likely to get.  My computer is my tool and I use it for that mostly, friends I prefer I can see, feel, and talk directly to.   In part, I reject social media as an alternative.

There is no alternative to real friends.  If we are lucky we will have 6 true friends in our lifetime according to one survey.  I do a blog and that is ALL about deaf and hearing loss issues but it is 95% factual/News because the social media for hearing loss or the deaf tends to be one of existing in 'closed' areas, (So we do it ourselves?), we are scared mainstream will attack us or misunderstand?  It is expressing concerns in a vacuum to me.  We already know what the issues are, we need to educate and make aware those that aren't and they are not reading our social media to find out themselves so are we just bolstering paranoia and instilling on ourselves some sort of 'I am a Victim' mentality? and 'blaming' everyone else?

I understand there are those who rely heavily on social media to maintain viable contact with the outside world, but people, need other people.  What is clear is the 'unity remit' of "Deaf & Hard of hearing'  (UK), is a complete non-event it is simply a unity designed to include while inclusion and unity are not on the agenda. In reality, we did not create that remit, that was done by the state and charities trying to unite where we couldn't, and to try to identify our areas better to target support, it failed rather miserably.  We aren't the Deaf and they aren't us and we have charities and national systems polarised to reflect that.  It's not a criticism, just a basic reality.

The USA areas are definitely more on the inclusive road than the UK is, albeit I  suspect the legal avenues in the USA drive that via their effective sue culture, am I convinced even that is forcing inclusion through? erm... not yet no.

The UK shut down legal aid support/advice to us, the UK welfare arm rejects we have disabilities if we do, the law provides the answer, as we know it doesn't do that.  63% of deaf never get full-time work, and HoH support in education does not seem extant either e.g.  There exists complete myth about what help actually exists or even level of actual demand for it.  We do at times in some half-hearted and desperate attempt try to validate hearing loss and being deaf in the hope we can be accepted that way.  You just get identified as 'someone with a problem'.  Unless you can foot your own legal bills despite being in the right any success or failure does not set any precedent for others, so it is basically you can only fight own corner and uniting won't change that unless a significant number of HoH unite to bring a real test case.  That displays we all want change by visible demand, it is how the 'Deaf' get what they need, again they aren't including you, you have to fight for what YOU want.

We bought into the credo 'Only we know what we need..' which on the surface is reasonable enough but, it also means that divide and ignore rules, we were sold a dream and it became a nightmare of misunderstanding and a fair amount of vested interests from the more determined areas.  Deaf and HoH clubs are different animals altogether, in essence, the HoH fail to run any of them effectively and HoH baulk at being told to join Deaf ones or told to sign first or don't bother, because deaf cannot or will not adapt to you.  In turn, the HoH have adopted the pose 'live and let live' and go their own route that has no direction as I can see, and neatly avoids confronting the realities of go it alone areas.

It's a root and branch realism we want and demands different things despite every support area insisting it includes all, it has to state that or get no funding.  Then we are asked to unite by remit to the disabled areas too, and again that doesn't work too well because it is also designed around funding, and once each area gets theirs it isn't used to include others...  Whatever the answer is it will mean the Hard of hearing and associeted areas have to unite and go own way too, there is no evidence or will identified to do that.  Most of what campaigns exist for the hard of heairng are tgepid and pretty ineffective too, theyaren't run by us, but hearing and charitable others.  We cannot be othered it seems to put ourselves out."