"So what wrong with British sign language?! I don’t want to any change sign by other countries to involve at all! I notice some sign from the USA in our country is spoiled it in my view!"

Complaints British sign language has too many random influences in it and complaining sign isn't universal at all, the comment came from a deaf immigrant to the UK struggling to make himself understood to other deaf and is asking why UK deaf are opposing a 'Norm' and allowing outside influences in?

ATR:  I will try to explain the Brit way of things (As I see it anyway).   Initially, Sign language skills depend on the person, how they are educated, and factually most deaf don't bother to improve or hone it when they finish school. I.E.  once a 'plateau of signing skill' has been reached that's it.  Any issues it is the terps fault.  Hearing people have to continue learning a lifetime, deaf stop at leaving school and education.  You will find few if any of them in further education or Uni etc... and the classes WON'T be about improving their own communication skills.

I am deaf, take or leave how I sign or a campaign is in the offing etc... Regional signs are a distraction and nuisance and aren't a cultural thing to be welcomed since it openly challenges the norm, and because they confuse, and create issues training Interpreters.   Interpreters spend a lot of money attaining 'BSL' skills and regional judging has failed them by arbitrarily failing them to attain certain levels simply because a signing level judge will declare 'I sign that differently so your signs are wrong'.

That means students lose a lot of money and have to do it all over again, some cannot afford that and give it up.  The problem is you get level 6 Interpreters trying to assist level 2 or 3 signers, and that is without learning difficulties kicking in making things more difficult.    Systems say most deaf don't need a level 6 terp and level 3 would be OK.  Level 6 would be legal areas medical specialisations etc, in reality, few at that level specialise anyway.

The UK does need a Signed English norm to enable deaf to follow what is written if nothing else, and to dispense with 'BSL' which is really an excuse to sign any old way you like really.  Its a mess masquerading as diversity and culture.  The reality is that many Interpreters are already using S.E.

The BSL dictionary is a dusty old farce really but it was made up mostly at day one because the community was so fragmented in sign use the creators had to make up signs for things there just weren't there, nationally recognised, or it depended on how the deaf individual signed it themselves. There was/is no norm.  Deaf opposed the norm as this would create issues with how they sign and make issues with regional variation which they say is integral to their cultural aspirations.

Sadly need is taking second place.  E.G. 'BSL' has changed 4 times in living memory leaving a lot of deaf people unsure what terps are signing at them. Different area terps could not make themselves understood properly. Court cases difficult to operate causing deaf an inability to follow properly.  This also means different age groups of deaf people are not able to follow current 'BSL' signs.   In 10 years this generation won't either.

ATR reported a case where a deaf scientist had no signs at all for the work he was doing in research and had to make up his own.  It's not 'progression' a la BSL signing and takes little account of people who sign, their education, their background or their own sign skills. The 'best' signers academically are still hearing people. 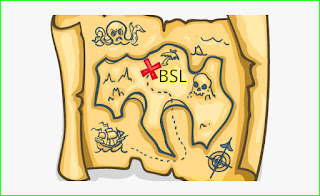 Paddy Ladd launched a tome that confused and still does USA deaf convinced it's treasure map showing the way for the holy grail of culture is in there somewhere.  Unfortunately, he used format deaf aren't aware of,  English and terms only know to professional studies of obscure terms in language terminology.  Undaunted USA deaf decided these obscure terms were something special too although have yet to decipher any of them.   It was dubbed the deaf equivalent of the Emporer's new clothes, an old fairy tale.

We understand many sign users spring to its (BSL) defence but they aren't looking at the whole picture or accepting the reasons they are left out. 63% of deaf can't get a job and the reason?  Their communication is unwanted by employers and unsupported by the state.   Even handing some of them £1,000 a week to support them in work hasn't done it, they are just stuck in a cultural arts rut or charity or trying to teach hearing signs they know for a living.  Unfortunately, each area has its own random approach to that.   BSL exists because it shows a profit.

We can shout discrimination but the same old excuses will still come out in defence of it rather than accepting where the problem really lies. Deaf education is primarily to blame arming deaf to fail as adults, aided and abetted by cultural activism who put need as a secondary issue to its cultural drive.

The best signer in the world is not going to do well in a hearing environment, so they need a plan B.  What they are doing is sticking to Plan A, a known failing except in financial terms, more out of sheer defiance than accepting the realities. So in answer to the question is there a BSL/sign norm to help this person, erm... NO!
Posted by MM at Friday, November 08, 2019 No comments: 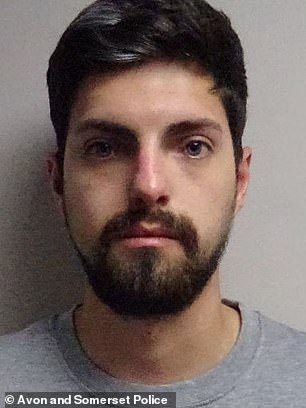 A deaf man has admitted carrying out a campaign of bomb hoaxes against targets in the US, Canada and the UK, including the Houses of Parliament, the Super Bowl and dozens of schools. Andreas Dowling, 24, of Torpoint, Cornwall, admitted 30 counts of communicating false information with intent between October 2014 and February 2016, after he made a string of hoax bomb threats in Britain, the US, and Canada.

Bristol Crown Court heard that one of the charges relates to bomb threats made against Jewish schools and will be sentenced as 'racially aggravated'. He also pleaded guilty to a single charge of 'encouraging or assisting the commission of an offence believing it would be committed' under the Protection of Children Act 1978. This related to Dowling threatening to 'ruin the life' of a 17-year-old girl in the US unless she sent him nude photographs of herself. The hoaxer was caught following an international investigation led by Counter Terrorism Policing in the South West of England, who teamed up with the FBI and officers in Michigan.