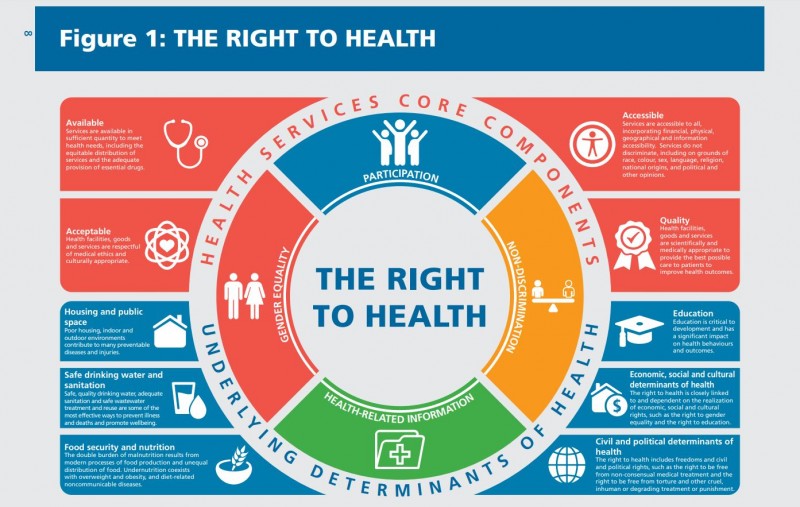 
"For many of us, a visit to the doctor's office can be wrought with anxiety. A persistent cough that won't go away or an ailment we hope is nothing serious can make GP visits emotionally difficult. Now imagine that you can't phone the doctor to make an appointment, you don't understand what your doctor just said, or you don't know what the medication you've been prescribed is for. These are all situations that many Deaf people face when accessing healthcare services.

We use Deaf (with a capital "D") here to talk about culturally Deaf people, who were typically born deaf, and use a signed language, such as British Sign Language (BSL), as their first or preferred language. In contrast, deaf (lowercase "d") refers to the audiological condition of deafness.

[Herein lies the issues, e.g. well-meaning people complaining sign users are excluded and ignoring 5 times as many deaf people who are completely ignored too, and, by sign using lobbies]

For our study, we talked to Deaf patients in Wales who communicate using BSL to learn about their experiences with healthcare services. Their experiences illustrated the challenges they face and show us that patients have unique needs. For example, a patient born profoundly deaf would have different needs from a person who became deaf later in life.

[This is untrue, no surveys have been done in Wales, indeed none in the entire UK to identify them.  Various UK privacy/Data laws prevent identification, we may know who has hearing loss and who is deaf via health stats but again, we don't know how many are sign dependent.  The welsh assembly cross-party committee on deafness, responsible for supporting the deaf e.g,  says it could only get signed survey feedback from just TWO deaf clubs in Wales, one of which in the capital city (Cardiff), had less than 10 deaf people responding.  It's ridiculous to say this is in any way representative of a reputed 300,000 in wales with hearing loss and deafness issues, or what formats they are using.]

Many Deaf communities around the world face inequalities when it comes to accessing health information and healthcare services, as health information and services are often not available in an accessible format. As a result, Deaf individuals often have low health literacy and are at greater risk of being misdiagnosed or not diagnosed at all.

Problems with healthcare access often begin when making an appointment. Because many GPs only allow appointments to be made over the phone, many of those we interviewed had to physically go to health centres to ask for an appointment. Not only is this inconvenient, but booking without an interpreter could also be difficult and confusing.

[Again not correct, Wales has over 47 BSL interprets, most in south wales, by comparison, there is NO system of health support for (A) The Hard of Hearing, or (B) deaf who use non-signing forms of access. Only TWO professionals for 300,000 with hearing loss exist in Wales for those requiring text, there are no text-based systems and no lip-spoken ones, just WHO is being neglected?].

Interpreters are essential for patients to receive the best care. However, we heard recurring stories of interpreters not being booked for appointments, arriving late, and—in some cases—not coming at all. Before interpreters were available, one woman described going to the doctor's office as intimidating "because the communication wasn't there". One participant said they always make sure an interpreter has been booked, saying: "Don't let me down… I don't want to be going through this again."

[To be explanatory, many issues are because of a lack of understanding of medical issues and poor education/learning issues within the deaf community, where even the best BSL terps can struggle to convey issues effectively.  The UK BSL System is random, free-lance, and piecemeal as well as a lacking in interpreters for the deaf being aware of medical issues and the signs that go with them, because they are freelance, specialisation in medical or legal matters doesn't really exist within the UK BSL systems.  There is an assumption within the community the terp is aware of professional jargon and medical issues, and most aren't.  In legal terms also, if the terp doesn't convey effectively there is no legal recourse after either, terps operate on the basis if the deaf person agrees to their help it also takes own responsibilities for any other issue that comes from them not really following because afterwards everything is 'hearsay' and legally inadmissible (Unless the deaf film the event, we don't know if this has been done or, if the interpreters are prepared to be filmed).]

These issues are worsened in emergency situations. One woman recalled an incident where despite texting 999, she didn't get help until her daughter phoned 999 for her, acting as her interpreter throughout her entire interaction with emergency services.

[There IS a lack of access to BSL support in emergencies, by their nature, they may be unavailable at night time, and again this can be down to the freelance nature of BSL terp availability, attempts to establish a 24/7 BSL access system have failed because they aren't available, or because the nature of any emergency means time does not really allow for lengthy delays whilst a terp is found, it is up to deaf people, not their families to establish day one their own viable access contact, not least because family legally-speaking, cannot make decisions for relatives, we can also show that a deaf man who fell over breaking his neck in Wales refused to go to hospital unless his daughter was with him, he did not ask for a terp, it took hours to contact that daughter during which time issues had advanced and he later died, is the system at fault there? It isn't it is the deaf insisting on a right to use untrained help (family), who contain bias also)]

Another person who texted 999 said: "There are all these questions that they are asking you. And all that we want is to be able to say, 'We need an ambulance' … Because what's happening is we're panicking, we don't understand the English, there are all these questions being texted to us, it's hard enough for us to understand it anyways without panicking at the same time."

[Issues regarding the lack of literacy with deaf people cannot be addressed by the health services, it is an educational issue.  There are valid concerns with BSL support the deaf client's own sign is not up to the level of awareness they need to follow effectively.  Such issues and the decisions on deaf education have to be made elsewhere, and deaf activism is insisting the deaf should not be 'forced to read' so why are they demanding captions?  Systems cannot be held responsible for the chaos and such that is hyped as awareness, each to his own etc.]

Interviewees also recalled emergency situations where interpreters weren't available at short notice. One Deaf woman recalled when her husband—who is also Deaf—was rushed to hospital. They received no support from staff, and no interpreter was provided to help them.

[We refer you back to the previous response, re availability and the nature of BSL support itself.  Lack of education, lack of literacy attainment, reliance on the untrained family etc, combined with random excuses via rights are at the root of the whole thing.  It should be noted their current support (the BSL interpreter), is opposing ANY standardisation on their availability too.  This in itself means a lot won't make themselves available 24/7, so demand the Health provision provides it, is acaemic.]