BSL and the UK Election.

GDA does occasional good things, pity they did not address online deaf sites who have spent the last year deliberating lying to deaf people to push a pro-labour and anti-Brexit view.

Informing is the last thing those people are doing, nobody has tackled downright disinformation emanating from those sites, or in-house bullying of pro-Brexit posters.  Most hosted by biased remainer deaf people living in London pretending to be a truthful and informative site for their deaf, when like others in London have defied a majority vote and opposed democracy to support a Marxist, racist, and a communist representing a constituency with more focus groups, more minority activists and more immigrants than local residents, and who used Russian hackers twice to hack into government filing systems to discredit opposition (Where have we heard THAT before!).

The latest attempt, a 4yr old left on the hospital floor? 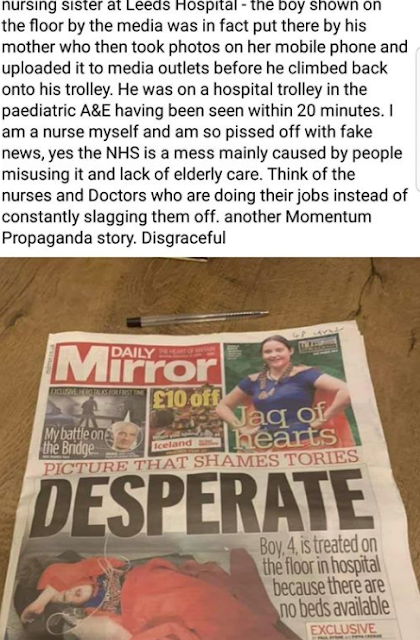 Immediately sub-headed to Hard ON hearing, hosted by an ASL user, and then the usual plugs for ASL and culture, a vlog designed to mislead.  To comply with the ADA they wheel out a HoH person who 'might' consider sign.  Fraud!

Abysmal and biased vlogging. Titling the output 'Hard of Hearing' then using ASl and promoting a culture that has nothing to do with Hard Of Hearing people, or, their communication or their basic need and support.  Is there no clause in the USA's ADA that states fraudulent awareness and deliberately misleading output is not allowed?
Posted by MM at Tuesday, December 10, 2019 No comments:

When you make or receive a call using CaptionCall, a live captioning agent is automatically connected to the call. This person uses voice-recognition technology and manual corrections to turn the audio into captions. This combination of technology and human involvement helps CaptionCall deliver the most accurate captions possible. We follow strict privacy regulations and none of your conversation is recorded.

ATR:  So basically it is another relay service correcting poor speech to text technology?
Posted by MM at Tuesday, December 10, 2019 No comments: