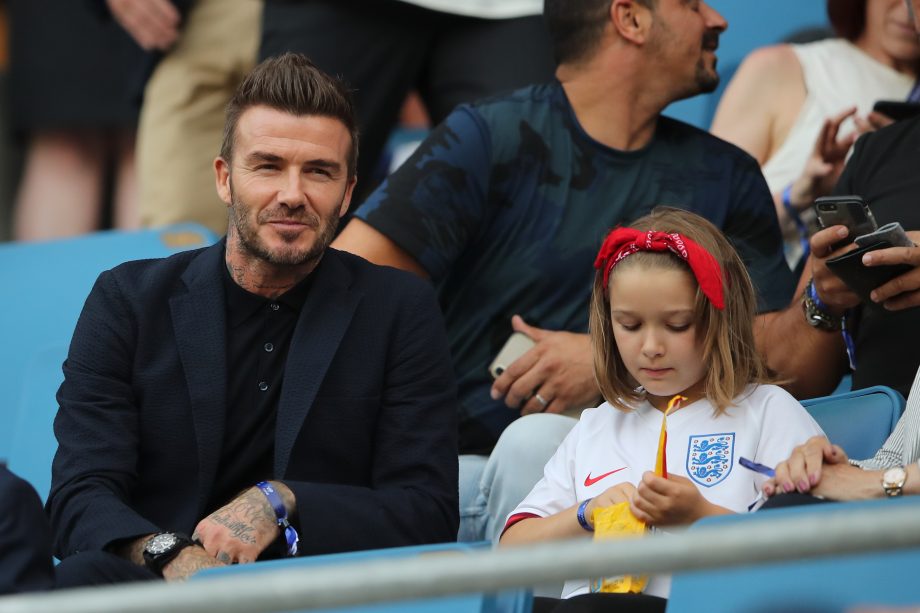 David Beckham has been praised by fans for sharing a 'ridiculously cute' video of Harper where she wishes merry Christmas in sign language. Albeit ASL isn't British sign.  Prepare to be underwhelmed.


The proud dad shared the sweet clip on his Instagram account, where the little girl is seen wishing people a merry Christmas in American Sign Language. Alongside it, he wrote, ‘I mean come on this is ridiculously cute and Harper wanted to wish everyone a very Merry Christmas 🎄♥️ #ASL’.

Many commented to praise the dad and daughter duo for raising awareness about the deaf community. One said, ‘I’m deaf. Brilliant sign 👌🏻 Merry Christmas to you and your family too ❤️❤️❤️’. Another wrote, ‘Awww so cute ! Thanks for spread all around the world everyone to know about our deaf community .😊😊’

As we grind on to yet another year, just what IS available for people losing hearing, and struggling with it?


This charity offers some sort of talk and linking up with other therapies to help us cope, but looks more like the off-shoot of lip-reading class systems where those who really can struggle to cope cannot access even that.  Talking requires hearing what is said, it's pretty basic a reality.  Do not confuse deafened with signers.  Their option is an operation 'maybe' or text.

I think it a mistake and really sad that LINK had to amalgamate to survive, and with so many losing all hearing still with no viable support in the UK.   Even more obscure it contains advice on how to hear, clearly suggesting they are part and parcel of the lip-reading fraternity who also only support those still with useful hearing, but with no advice when the aid and LR starts to fail.

LINK originally had residential support in Eastbourne where you could take some family with you to work out the 'Next Step' the only one of its kind in all the UK after the national charities carried on with those who needed less support and more able to get funding for.  The plug was pulled because LA social services who were asked to foot the costs said no and tried to dump deafened on the health pros, charities, and welfare system instead, and they were just abandoned basically because a dedicated support system did not exist.  We will never know how many ended up in a hospital for mental health and breakdown, what you can be sure of is that their loss of hearing was never put down as a primary factor for it.

Now (As before), the deafened for want of a better description, just go downhill and wait vainly until it gets so bad clinical support steps in. There is no real advice when the issue of loss arises, no plan A, or Plan B either.  As regards to talking therapies, how do you do that when you cannot hear who is talking? You cannot go to either of the major charities like the AOHL or the BDA because they don't have the attitude or means to help deafened.   The deafened are either 'Deaf' or 'deaf' according to the abysmal blanket and adopted stat descriptions we read now defining everyone, so any area that does not exist.  As it doesn't 'exist' there is no demand seen to support it.

The BDA told deafened to 'come back when you can sign.', the AOHL said 'You need to see a social worker to hire us to help you, or get a CI or hearing aid..' displaying an appalling lack of loss awareness as deafened were already at the point where none of that was viable and were incurring mental health issues as well, where even that system was a joke and unviable FOR others, hearing AND the deaf, let alone those without a portfolio.

The deafened area (And Hard of hearing), exist via technological support, not people. They are 'in it' by proxy, but still isolated.   Where the 'Deaf' do whatever their thing is to cope and pretend that works, and isn't isolation, it's 'relative', and the fact none of that works without an army of interpreters and disability support networks etc, goes over the head........... The deafened have no such delusion to adopt. It's life but not as most of them know it.   Bring back LINK.  It is a false economy to let things slide, and in the end, the cost is far far more than if they offered the right support day one.