ATR: One suspects hearing areas are trying to establish a norm regarding sign language to enable children deaf more able to integrate with hearing?  But yes, commercialisation of sign language is the norm in the UK too, the success of deaf activism in selling sign language was seen an opportunity by hearing areas to capitalise on.   Sign is a victim of its own 'success' and the deaf cannot compete with hearing sales-wise.  I would have thought such commercialisation was part of the American dream anyway?  Many DEAF ASL users have made a business of it also, some less than sticking to the script!

Mary Pat Luetke-Stahlman Callista, a teacher of the Deaf with a masters in Deaf education posted a vlog on her personal wall discussing the issues of culture appropriation when it comes to ASL items for sale.

She met with Mary Pat from The Deaf Report to discuss some concerns she had with a situation that happened recently. According to Callista’s research, the majority of people that work on ASL resources are hearing. One of the biggest concerns is that many of the resources being developed by hearing people are not utilizing proper rules or word order/classifiers. Missing things such as order of words and what needs to be taught first.

These errors are critical in the development of language for children and because of the tools missing these things, the language being taught can be taught inaccurately and affect the quality of education students are receiving from the teachers utilizing these same tools. This is a widespread problem Sheena Lyles does a lot of videos demonstrating how people sign things inaccurately and are teaching these signs to hearing people. Destiny Slater also discusses issues in 3D animation and hearing people designing animations signing ASL that are not fully accurate. It appears that more people were utilizing a certain type of clipart, which was developed by a hearing person.

With the increase in demand, the owners changed their terms of use was changed. Once that happened, Callista realized that continuing to use their clipart was not feasible for her future work so she stepped back and reassessed her products. Callista decided to start utilizing her own artistic skills to develop her own characters and signs. “This is so time consuming but it is worth it because I need the conceptual signs that have multiple meanings e.g. run. Run can be applied in so many ways such as “runny nose” or “running” or “the program kept running”.” (Callista) 2 weeks ago Callista received a take down notice from someone else. This puzzled her and in an attempt to understand what was going on, she did some additional research.

“When I did further research, there was ONE product that looks very similar but the inside resource is completely different.” (Callista) How this is different is on the cover of the template that shows a “flip book” model that has five sections. You can develop any flap book from this. Both of them had classifiers. (CL:1 CL: B Cl:A ) “Hers (the woman who sent the take down notice) had just a word definition or description in text. Mine had more visual cues such as hand shapes to demonstrate each classifier. So because she saw the cover on Pinterest, it was reported that copyright infringement occurred.” (Callista) Callista did further research and both of them had developed the tool Feb 2018. Both Callista and the person that submitted the copyright infringement statement developed their tool at the same time without knowing each other.

“After I’ve seen hearing people teaching wrong signs and then seeing Destiny Slater’s vlog, I realized it was necessary to say something” (Callista) When asked about changing the external portion of the “flipbook”, Callista explained that the change would require a lot of things such as the jpeg, PDF, and so forth. Many steps in changing one item. When Callista found out that other people were hearing, there was this feeling that something was not right. When Callista did some more research, this person is an ASL teacher in California and is hearing.

This is what led to the vlog that she did to discuss culture appropriation within ASL material development. Most people that demonstrate their products use English spoken language without any sign language. This woman is selling ASL products without any kind of visual language in her vlog. “This is oppressive, speaking but not signing when selling ASL Products.” (Callista)
Posted by MM at Wednesday, January 15, 2020 No comments:

Lip-Reading: What is that?

Protocols for accessing the hearing. 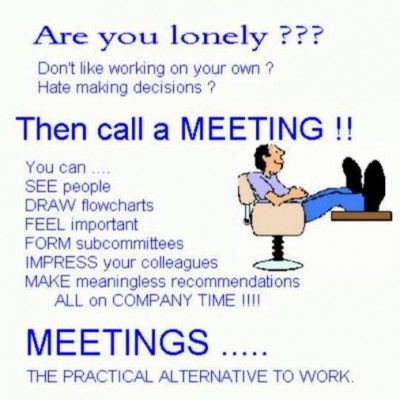 The perfect meeting, does it exist? I've used various technologies but hearing workers rendered them unreliable because they kept talking over each other and would not wait until I could follow properly.


The right protocol presumably, is one person speaking at a time and nobody having a discussion amongst themselves, (so that prevents the Deaf bothering to hold one unless they have a dozen cooks making broth they don't eat).

Basically, it is ensuring each point has been followed and understood before going on to the next.  Not rocket science. One bright deaf spark said utilising technology is the way forward, but it takes no account of hearing co-workers who ignore it or tell someone else to 'Explain to him what we mean', effectively zeroing your contribution at the onset and the point of assistive technology.  You have to be able to decode what you see and evaluate/respond at the speed of light it seems to me.

Many hearing workers will assume the technology (Or an interpreter if that is your bag),  can discriminate between all this chaos going on when you struggle to follow they say 'he has the access but still can't use it, not our fault', but using a 3rd party is no guarantee either and can invite curiosity and time-wasting too. The reality is nobody really listens at a meeting and assumes everyone there is there because they know what it is all about anyway. Asking for clarification because they keep yapping amongst themselves, can suggest you aren't up to it.  Then our fabled 'Nod' of assent kicks in and we are out of it really.   NOT asking means you can't keep up.  So using pride to overlook the fact you aren't following is another killer really.

The Deaf can do the same thing, everyone jabbers on and on regardless who is saying what, and rank and file may well be talking about something else entirely regardless amid themselves.  The way they all get to understand what is going on is via some system of 'Chinese whisper' where those most able to follow detail involved tell the next person who tells... etc; unfortunately, if you are at the end of that line you probably won't have a clue why you are there in the first place, but hey, the bar is open after.

I usually find most did not care anyway as meeting other deaf to socialise is all it is really about. At most hearing meets it is obvious there is co-worker 'power play' going on too and that can disadvantage you as well. It is essential all that is being discussed is given you prior to any meetings so you can ensure you can ask questions and get answers when you attend.

I used a palantype operator at one point and she gave up after 15 minutes she said too many people were talking at once and she could not ensure I was getting what was being said. My attempts prior to the start to ensure the operator gave me an indication not only what was being said, but WHO was saying it, said "that is impossible the way these meetings are run, by the time I ID who said what 5 other people have already chipped in, and the topic has moved elsewhere, I only have one pair of hands I may as well not be here then" and left me to work it out.  Apparently it is hard enough typing what is heard without having to memorise and indicate who is saying anything it only works at very small meetings where I can actually monitor 4 or 5 people visually, but if there are 20 then no. As regards to speech to text apps forget it, they don't indicate who speaks or ID's them. It's the same as background noise negating hearing aids.

Deaf signing meets are some sort of  'organised chaos', at least that is how it is explained to me, but I tend to avoid those at all cost,   I have all the chaos I need, hardly anyone but their closet friends can follow who is speaking and visitors get ignored in favour of locals. Of course, as sign is the prime medium of what passes for communication, it is a basic requirement you use it or don't bother to attend. But mostly, deaf avoid discussions on serious stuff and leave it to others who enjoy attempting to follow what goes on, being there seems to be the prime point.

When people meet to discuss some issue, inevitably someone there will raise a point not included and when that happens you have no way to get involved because you had no prior notice it was coming up, at that point you should suggest that is for another day. We don't 'do' spontaneous really.  It does seem any time you make a point the meeting is not actually conducive to discussing and arriving at any decision really, they don't invite you next time.

If they fund your access they will be convinced there is no need to treat you any different to someone else hearing, it's a sort of follow-on to shouting at people who don't hear thing, but technology and support may still leave gaps you have to fill yourself, but dare you suggest that is the case?
Posted by MM at Wednesday, January 15, 2020 No comments: