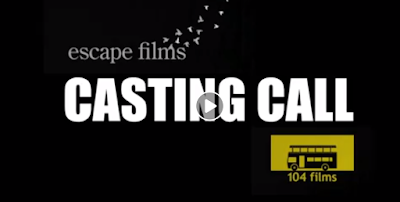 #1  Aren't 'BSL only' advertisements discrimination against deaf that don't sign? and a violation of commercial job advertising? They can say deaf they cannot demand BSL only.

#2 It looks like they're focusing on making a film in sign language, not just "a film with deaf people". Just a different opportunity. (Like, if they wanted Chinese people who could speak Chinese, I wouldn't think they were discriminating against Chinese people who couldn't speak Chinese 😊 Advertising for filming specify what they need all the time - tall, short, fat, thin, White people, Black people, wheelchair users Italian speakers, BSL users, all sorts! 😊)

#3  If only the same acceptances came from the BSL specific area, they are rather random in opposing 'deaf' inclusion if a signer is not included, we need the equality law to sort this out, because I believe the 'D' and 'd' thing is an abuse of equality a cultural 'assault' on hearing loss, as well as a grey area.  E.G. I was told it is 'illegal' to make 'non' signing' areas with deaf BSL people not allowed or invited to participate?

#4  The reality is deaf cannot prevent HEARING acting as them so the bias then goes unequally against non-signing deaf or even the hard of hearing.

#5  I suppose at the basis of all this is the continual suggestion if you are deaf, therefore, you sign which is not true actually.

#6  As a side note does not BSL specific output marginalise the deaf?  If it is all about BSL people then, that is minority output, not inclusive output like watching foreign films with subtitles or another language, as one poster put it, but that is the misunderstanding, it suggests that area is playing both ends of the equality aspect using a cultural or language aspect to override their issue, which in turn affects views on how that same issue can affect others.

#7  Thus these deaf forever portrayed as in some 'world of their own', and apart from everyone else, so what price inclusion? or point of their equality output?

#8 Can they even state deaf BSL users?  After all interpreters are hearing (and better signers), so they would be eligible surely?  Would the cast area prevent them from applying because they can hear?