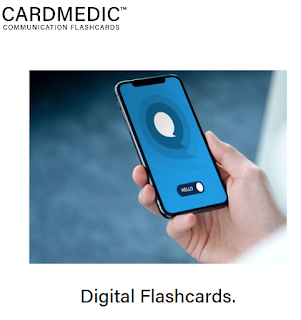 These would be highly useful if the NHS is treating those with hearing loss.  You can get cards too.
Posted by MM at Saturday, April 18, 2020 No comments:

Face Masks and the HI/Deaf.

The UK is not convinced the masks are all that effective.  The vlogger suggests it is in case we are carriers and unknowing (which means everyone given the lack of testing).  W.H.O. says you need only wear a mask IF you are already showing symptoms as the virus carries via coughing or sneezing droplets. You need surgical-grade masks to be sure, and these are restricted here to medical and care staff and essential services but NOT available to the general public, and not for retail sale either because of world shortages, wearing a scarf is ineffective too.   Sneeze in those and touch anything else you are still a carrier.

There are questions on retail and other staff wearing gloves too, as they don't change them after handling every transaction but keep the same ones on all the time or just change them once a day, which suggests any virus on the gloves is going to be handed out for gratis every time.

Sadly the general face me and speak up advice is unrealistic outside your immediate and known areas, it was before the virus, the general public will have no idea you can lip-read, or to what degree you are in doing that, or how effective it is, even the users don't know, it varies via whom they are trying to lip-read, of course, we would need to tell people first, and the HoH are notorious for hiding their issue.  I don't think raising your voice helps unless you have a viable hearing aid too.   The vlogger promotes hearing aids.

Lip-reading is often used as an 'assist' to the HoH and deaf, NOT as a primary means to follow, but, as another 'clue' to what is being said, the competency of the lip-readers in the UK is near 15% at best.  I don't know what the USA average is but it won't be much better I suspect.  LR is only as effective as your hearing aid use is to you. One may well not be viable without the other.  How effective IS your hearing aid? do you know?

One suggested campaign in the UK was to demand medical staff remove facial masks for HoH and sign users, which would expose them to infection and the medical staff too. NOT going to happen of course.  We are in a different world with this virus which can effectively seek out any flaw that exists, and it can adapt too.

We have never beaten the virus' they are always ahead of us and research.  We are going to have to find different ways to communicate and that is possible, with technology e.g.  I don't think this is the time to complain about things that would expose ourselves and others to Covid-19.  Face me and speak up no longer applies.
Posted by MM at Saturday, April 18, 2020 1 comment:

Hard Of Hearing fear for AOHL? 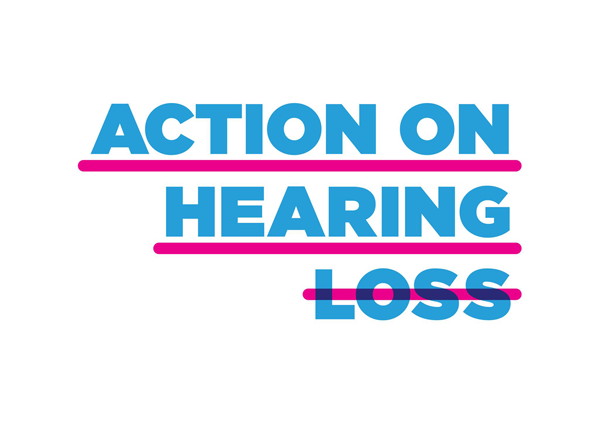 #1 Yesterday I received an email from Action on Hearing Loss advising that from 1st May they will no longer be selling “assistive products”.  They will continue to offer advice and information on assistive products but will be concentrating their efforts on other things e.g research, information, advice and support, and campaigning.  They want to do fewer things better.  No doubt many of you will have also received this email but am posting this for those of you who are not members of AOHL.
#2 I will miss this service as I have used it several times and found it useful.  Already there were a few things missing when I went online a few days ago and I was unable to find what I’ve ordered before in the HA maintenance section.  I will be interested to hear about other companies/organisations who sell products which are designed to help people with hearing loss.

#3 In January AOHL was having cash-flow issues and decided to sell off its deaf care options to the private sector, I got an email saying assistive devices are being closed too.

#4  ATR: This is part of the new AOHL they are moving AWAY from deaf support and provisions to concentrate on research and the deaf cure etc. As for campaigning, they won't campaign on a rights platform because they won't challenge the system.  Currently, they cut and paste campaigns from other areas they have none of their own.  It is a timely move as they cannot sell stuff anyway and many other device sales areas are far cheaper than the AOHL they were struggling to compete.

#5 I gather connevans was shut currently?

#6 I think AOHL is struggling to survive frankly but they had issues before Xmas last year, they got too big and now having to slash services to ensure they can survive. Membership and funding has nose-dived too. I know certain deaf areas won't support the AOHL anyway and left in droves some years ago over a row about BSL support.

#7 There are next to no BSL using deaf at AOHL any more, and few HoH either, so it is just the HoH area now AOHL serve, now they have stopped selling them assistive devices one fears the worst.

#8  It's poor relationship with grassroots HoH and the deaf hasn't made things easier for them nor was offering to use the funding to  pay visa costs for staff from abroad and not hiring UK people.

#9  The BDA has suffered too with mass resignations of ALL their trustees last year, which they had to replace, amid claims the old guard were bullying and financially incompetent, I don't think the new lot are any different. Dumb and Dumber springs to mind.

#10 ATR: Charity hearing-loss-wise is going to change but it isn't down to the virus it has been coming for a long time. Most are dissolutioned with them, a 19/20thc approach is not relevant in the 21st.  Deaf and others with hearing loss prefer the legal rights approach not the benevolent hand-outs one, where charity awareness is promoted in posh hotels clearly aimed at people who have money to donate to them, or charities hire professional beggars to raise money and thus make beggars of us all.  Equality is a right in law so is the provision to enable, why are we even bothering with Charities and thus cutting our own access throat?

#11  AOHL will have to move to calm fears they are folding, and to clarify just what sort of remit it is operating now, their rebrand was an unmitigated pink disaster that cost them dearly, then they realised removing the R (As IN royal), from their site meant donors would be less willing to donate to them, as the corporate ones only fund the AOHL in the hope of a meet with the queen and get something their money cannot buy, an MBE or similar.

#13 ATR: They had 4 years where they banned all feedback on their forum from its own members. Under pressure they re-opened it, but then shut them down for good after insisting you can only ask them for feedback privately.  Hardly inclusion was it, their social media has been in 'lockdown' since day one, heavy monitoring to ensure concerns do not get an airing there either.
Posted by MM at Saturday, April 18, 2020 No comments: