Growing up with hearing loss

One Life on Martha's Vineyard.

Life on Martha’s Vineyard has been mostly ideal for 11-year-old Mary Elizabeth Lambert, the protagonist of Ann Clare LeZotte’s historical novel SHOW ME A SIGN.

It’s 1805 and she’s lived in Chilmark her whole life, unaware of the safe harbor it has provided from the outside world. Mary and her fellow Chilmark residents are descendants of English colonists such as her great-great-grandfather Jonathan Lambert, who arrived in 1692 from the Weald, a region in Kent known for its deaf population.

Over time, as the townspeople have become a mix of the hearing and the deaf, they’ve replaced Lambert’s English sign language with their own homegrown version. This community seems to embrace intersectional identities. Mary, who is deaf, enjoys amateur spy expeditions with her best friend, Nancy Skiffe — who was born hearing to deaf parents — and exchanges stories with the grizzled hermit Ezra Brewer. She trails after Thomas Richards, a freed former slave working as a farmhand for her father, or his daughter, Sally, who is Wampanoag Indian on her mother’s side.

But the islanders coexist at the edge of discord. Freedmen, like Thomas, aren’t invited into Mary’s home; he could be kidnapped and sold back into slavery at any time. Irish immigrants are only slightly more accepted. Colonists, like Nancy’s father, angrily lay claim to lands that the Wampanoag have lived on for generations. Amid such tensions among the people she loves,

Mary has one overriding concern. It has been eight months since her beloved brother, George, was killed in a carriage accident as they played on the high road. Pushed out of harm’s way by George, Mary has been guiltily concealing the fact that she was the one who suggested their outing.

The response to the current chaos of deaf support and to respond to the 'Dossier Of Shame' produced in desperation by the NUASLI. 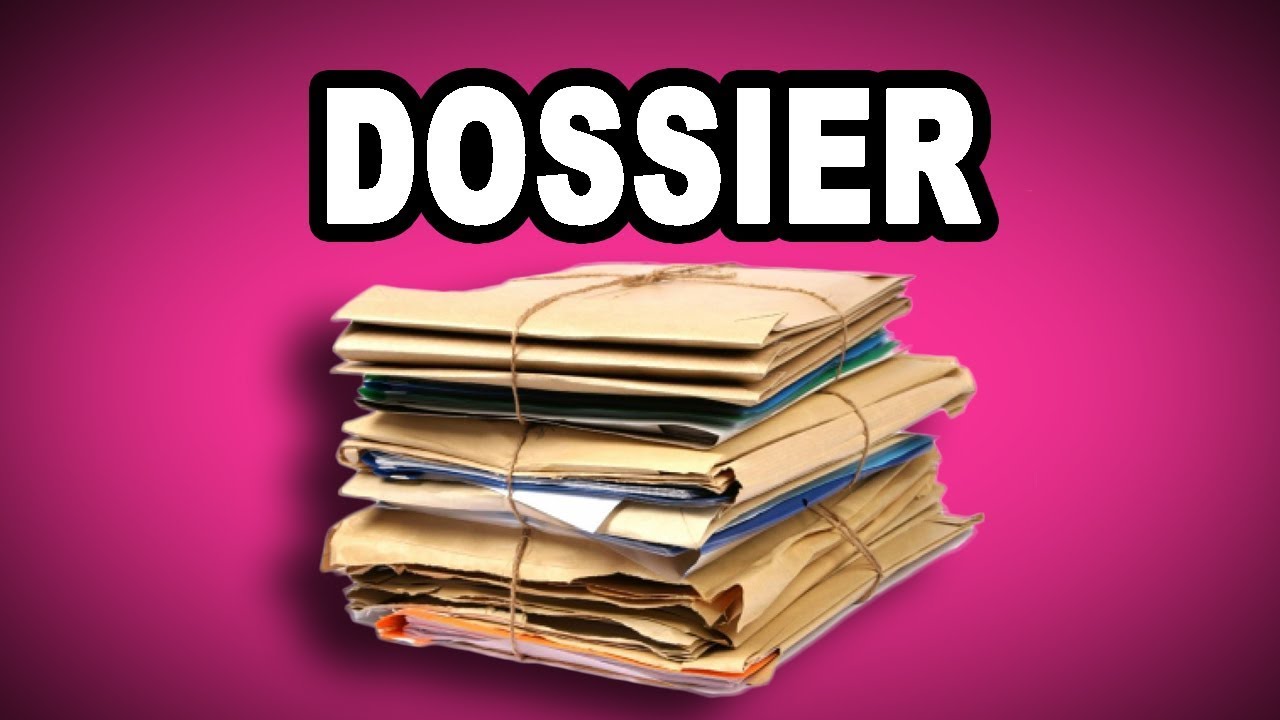 The NUASLI 'dossier of disgrace' was interesting if only it revealed just what a biased, random, and chaotic mess BSL support was and still is.  The NUASLI would not actually ID how many BSL users there were, and who or how many amateurs were cashing in on BSL to the detriment of the BSL users and the professionalisms of trained Interpreters, they would not even name the agencies they claimed were exploiting the Deaf and BSL for own ends, and providing sub-standard and untrained BSL support to deaf people.  Probably because a number of BSL deaf are involved. let's not ID their part in their own downfall!

As stated elsewhere the primary concern was not so much about that professionalism being undermined but the fact it had affected their wages, then cynical in complaining about a real issue they cannot or won't address (Or identify), themselves.  If people lack BSL qualifications then they are frauds plain and simple.

The way things have gone ATR feels completely vindicated in the view the whole aspect of BSL and deaf support is/was always a complete shambles and now heading for meltdown. We said day one, that once BSL was a commodity to be sold then the whole thing would deteriorate and it has.  Aided and incompetently abetted by Deaf BSL charities.

Even Lip-reading support areas are struggling and they can only see one way of surviving, that is following the BSL gravy train by putting on their site this confusing and curious advice.."We advise lip-readers to learn as much BSL as they can..'  Have they admitted what ATR declared 7 years ago? that the lip-reading classes and support had collapsed then via nil demand? and the huge failure of LR classwork? (As ATR mooted, was down to the incoherence of lip-reading tuition which is a  complete farce with no pupil qualification, no standard classwork, no testing, no assessments,  and ... no severe deaf in attendance?)  You learn OK, you fail that is OK, no big deal!  Hardly cause for complaint when the BSL system did the same but at least they made money from it.

The NUASLI has now admitted everyone and their pet dog has taken up a bit of sign and undermined the BSL support system flooding it with amateurs, and hearing developing own courses that in fact utilise S.E. not BSL.  Systems have lowered the standards even a limbo dancer would be hard-pressed to get under, which has encouraged lower qualified signers to act as semi-professionals in aspects of deaf care too.

The AOHL decided enough was enough and flogged its deaf care to the private area where standards are even lower.  'You just cannot get the people..' really?  These amateurs (And many may be from your own deaf social circle),  are cashing in, as are both deaf and hearing, setting themselves up as 'Mentors' and 'Teachers' to those with hearing via self-developed 'awareness' gigs that are vague finger-spelling things and a smattering of Milan, it's work and a wage innit?

Standards have gone out the window, no norms exist.   There is nobody to regulate it because the deaf and their supporters have lost control.  The NUASLI which did its own thing for years on end, never saw it coming, a bit sniffy and above it all, but pleading to the state now to protect their livelihood and do what they refused to when we asked years ago.   They sleep-walked into it.  They are still arguing with free-lance interpreters over wages and who does what and where.  Freelance interpreting is inefficient, unregulated, and has to be addressed.

ATR suggested 7 even 9yrs years ago to replace UK BSL and lip-reading tuitional classes and to promote neither, as stand-alone entities, and to set up a national system of qualified and supervised communication support and tuition classes run by the system and monitored by them, to include assessments of need too, you cannot just let people assess themselves if only so some norm can exist because the professionals and the deaf can't cut it. They laughed at ATR, but they aren't laughing now. That inertia has done it for them.

There are so few lip-speakers, and even fewer lip-readers to a standard required for their use,  as to render the point academic in most areas,. In Wales e.g. they would identify only 2 out of 53 BSL terps who had any qualification to lip-speak, we can assune from thwat LR is rathr low in the defa priority as a real need.

Amazingly, the Lip-speaking website has conceded lip-reading defeat and told people to sign instead? even the AOHL has started promoting they love the BSL user and sign language, after 15 years of feuding and even legal action between them and the BSL user, after they dumped their BSL using CEO, they too conceded they cannot sell hearing loss or even assistive technology to them, so want to sell BSL again now.

This is of course not going to happen and should not, given the support for sign language has gone down the pan it would result in competition, which would promote a race to the bottom for professionals in the deaf field.   The basic issue was never treating deaf (or Hard of Hearing), support as a vocational area or one that required professionalism in all its application.

The BSL user has mostly limited LR skills but can use enough with the sign to get by, well some can, we really don't except from own personal skill claims, nobody can validate, but neither approach works as a real stand-alone mode.  This is the same for everyone with hearing loss,.  As ATR mooted, the Deaf V deaf, V hard of hearing 'wars' ramble on and on and on.  The lack of any unity or of any sort or direction, combined with an unsightly and unwanted free-for-all mooted as choice and rights, have zeroed the point and made real rights a joke.  The needs of the many outweigh the choice of the few or should do.  Minority rule was never going to cut it.

The NUASLI now says the system is collapsing in disarray and they and the deaf have lost control over the standards and delivery of BSL support to the deaf who use it. No wonder the majority of deaf prefer their own brother, sister,  or mum and dad to do it instead.

ATR has no sympathy for the NUASLI and even less for the 'Deaf' rights area who contributed to this mess.  We asked them years ago to demand and unite to ensure standards were kept and to root out and remove those undermining support, bring test cases so a professional norm was more clearly identified, they ignored us, the Deaf charities did too.  The NUASLI D.O.Shame. then refused to name and shame. So offered no proof' of what was going on. DOH!!

Amateurs get away with it because the system gets no coherence from the deaf themselves and it then comes down to who is the cheapest.  Result? anything goes.

ATR could see the mess then via the emergence of DIY 'Deaf cultural' centres being opened up and people who although deaf and know sign socially, had not actually passed the higher  BSL level exams they needed, or any exam to teach it.  Instead, they insisted it was another language, another grammar and taking a teacher exam was a discrimination, they did own thing with the chaotic results we saw highlighted in the NUBASL dossier, too little, and far too late.

They and the deaf support need to admit they cannot run an effective own system any more and let the government NOT those who hire that support, run it because they don't know who is deaf or who isn't or what support they need to provide. Freelance BSL interpreters are blocking a lot of it.  Deaf rights merchants haven't helped. It needs a root and branch clear out, heads to roll, charitable remits challenged, and clarity to be seen.

Assess all, define need properly, demand qualifications, get a real support area established that includes everyone too, or, just see more of the same.  The only winners are those who care less about deaf or HoH support and more about how much they can make from it.
Posted by MM at Monday, April 27, 2020 No comments: