Gay Community: The rainbow is ours. 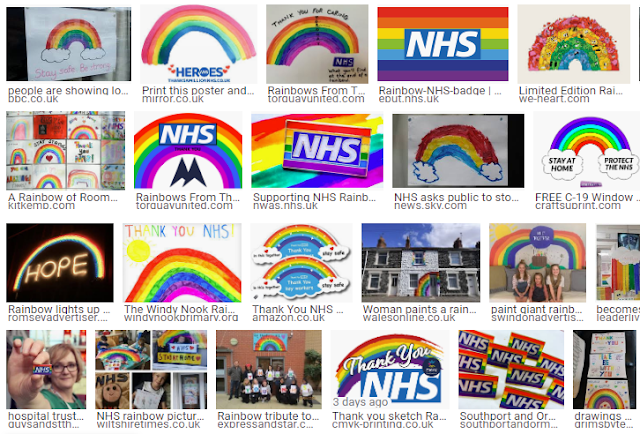 Not anymore it isn't...... A storm in a teapot on a deaf site where a deaf gay complained the use of the 'Rainbow' logo was taking focus away from the gay community and its issues, and rebranding the logo as now belonging the UK's National Health Service, where the UK population has extensively used it to focus support for the UK's beleaguered health services combatting the virus.


I'm no legal eagle, but the gay community cannot hold the patent for a rainbow,  I'm sure it was there long before Gays or Gay rights emerged.  Now is their chance to invent a new logo. Above is a sample of how the UK population has 'overridden' the Gay rights 'logo' and message.  For the record they cannot prevent anyone using or depicting the rainbow, kids have done it since day one.


This gay is on a certain loser, as he was panned and criticised for trying to undermine community support for the NHS. Sorry lads you have lost this one, to push it is inviting comment you really do not want see. NHS first and last sorry...  You can't be anything if you're dead we need the NHS more.