To CI or Not to CI 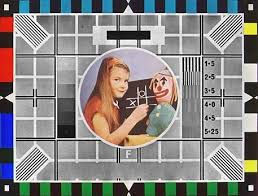 Is it even a question?  Social media agonising (that is what the lockdown does to you, you start watching TV again), about a UK soap opera currently obsessed with the burning issue, well, smouldering anyway, i.e. does the character, a gay murderer, should or not, get a CI after going suddenly deaf for a reason nobody is quite sure?  As is the common BBC political response a sign user emerges who doesn't really need to, because is a decent lip-reader, advising him to sign instead as the deaf community is lovely, and accepts the fact he hears less than we do or does he? (Bit of a spoiler there).

I don't watch EastEnders its BBC crap (And that was just the producer opinion), and from the start, it appears to be about people nobody likes and nobody cares for, being as disgusting as possible.  As a TV version of a back street Soho cinema where the audience is mostly comprised of furtive middle-aged blokes wearing plastic raincoats clutching the nudists' monthly magazine,  and fumbling about in the dark, it may be taking inclusion perhaps a bit too far to make it a prime time viewing program. 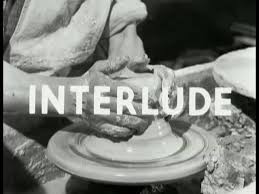 Attempts to be 'with it' by including everyone from paedophiles to yer local and average rapists, gays to ethnics, (They appear to be missing a trick failing to include a transgender character or someone with 3 heads but), most are alcoholics or teen family killers being converted to Islam overnight (Like that happens!), and in between drug sales, or sleeping with your own relatives, but there is no 'issue' they won't include in their drive to look 'inclusive'.
If that's inclusivity I don't want it.  If that is London I want to emigrate.  Apparently, online suggests the 'deaf' man used to be hard of hearing with an aid, who then stopped wearing one for 5 years, changed his face 3 or 4 times, (I wouldn't be happy with it either), who went from straight to Gay and the Albert to Broadmoor, i.e. after serving time for murder, and then wanting to kill his own father (As you do, but he'd have to queue up with most BBC viewers first),  now he is struggling with  CI or sign language angst.  We are betting sign language because we doubt he can spell Cochlear. 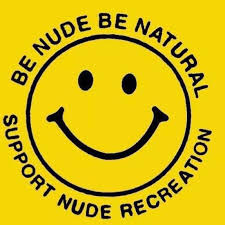 Do both?  Do neither? or get banged up again? decisions, decisions... Don't try to understand the logic behind this TV show it hasn't any.  I don't really care if he has a CI, signs or his hearing miraculously returns next week in the post either just don't let him out on the street without letting us all know.   The result is intended to be controversial by warming up old chestnuts and it isn't even Christmas yet.  Controversial is telling him to shove it up his backside and use an ear trumpet instead.

Perhaps it's just a rustic social service training video? ergo this is the really worst scenario you could encounter (Assuming you live in or just arrived from Neptune), what would you do about it? (Short of praying someone levels the place and builds a theme park on it dedicated to the plight of gay badgers or taking up macrame instead). You can be sure the BBC's addiction to being politically correct and taking advice from any loony tune London focus group not yet locked away somewhere, or not yet run by David Icke (Whose convinced wayward lizards are all behind it all and created Donald Trump),  will mean a total fudge anyway.

I'm with the 'let's all watch the test card or potters wheel instead' campaign and hope the BBC licence is removed and the show producers start taking their own advice and seek clinical help somewhere.  They often put at the end of some ridiculous 'gritty' episode 'if what you have seen upsets you, please contact..' and gives you a list of do-gooders currently on day release to make things a whole lot  bloody worse.

Maybe they get 5% like justgive to point funders their way? It could then mean they aren't targeting 80yr olds to pay more for this rubbish.  It's bad enough they are confined to care homes for the duration. Sorry, we're all fed up of being made 'aware' thanks.  Such people don't exist if they do London is in REAL trouble. We'll end up like the USA, where it is apparently obligatory to include at least 4 or 5 minorities regardless of what the TV soap is about, or include someone with leprosy and no legs determined to run a marathon in the terminally ill wards, and god blessing America, we do too and hope they stay there.

I'm full of ideas if the soap creators want to consult me... for a price of course.  Just stick to the unbelievable rubbish like e.g. Dr Kildare who cured everything in an hour from Cancer to brain transplants then sewing legs back on his tea break in-between ads, and won the girl every week (usually the blind one)...

No wonder the rest of the UK defied London and voted to get the hell out of Europe too.  We even thanked the virus for killing off Eurovision, although they did wheel out a few on Zimmers who won it when we had only Black and White TV, the black and white minstrels shows,  and 2 channels with people dressed like Fred Astaire accompanied by the Palm Court Orchestra.

No more soap operas please I'm in awareness overload on my fourth Chablis bottle, and don't care for anything at present, perhaps a lesson to those creating awareness? Drink less Chablis more white lightening?  give it a rest, please.  You have depressed more people than Covid 19.
Posted by MM at Tuesday, May 26, 2020 No comments: