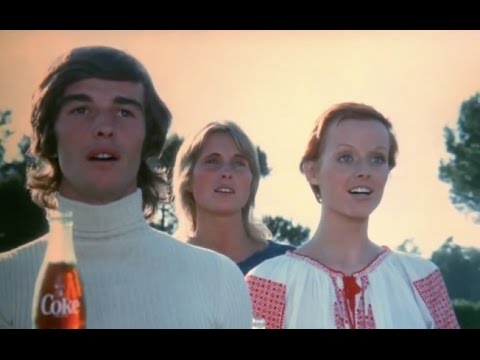 [Cue 'I'd like to teach the world to sign...'] As a poster challenges both a UK dedicated BSL site and a Hard of hearing one on their own remit failures.

"This group is for ALL people who have a hearing loss. Some of those people rely on interpreters and this is an amazing campaign to support people like them. Like Jasper says, we are ONE community fighting for equality!"

I would disagree respectfully, we don't really need a constant barrage of awareness of other people's needs but a distinct focus on our own, I would agree the concept of altogether is a great idea (if unrealistic as areas are already going it alone).

I do not think it works, as we can see any query we do things for our own HoH area without proclaiming we all sign as well,  is seen as some sort of discrimination, you can get a quite hostile response if you say I would rather this not that.  I've stopped paying 'lip-service' to others because it is dishonest, it's being false, and cowardly basically.

The UK has no HoH system of support and no real awareness either. There are obviously HoH who sign as well but that is just blurring the definitions they are minuscule in number,  unrepresentative, and it's not really advancing the HoH case.

Charities and focus groups, awareness seminars, individuals and minority groups, deaf and HI awareness campaigners etc all can 'specialise' legally,  e.g the BDA, who don't include the HoH, and often won't provide subtitles either and speak in our name statistically they also claim a 'Deaf and Hi' remit along with many others because they lose funds if they don't look inclusive but we know they aren't.   Once BSL is mentioned we know that isn't the HoH automatically.

Why is every plea for our HoH support seen as an 'attack' on the signers?  A stand-alone system for HoH is perfectly legitimate a demand.  We have the numerical clout to do it as well.  Most people posting here declare they are ...

(A) Not the same people.

(B) Do not have the same aims.

(C) Do not have the same social norms.

(D) Do not have the same communication needs.

(E) Do not have the same view of hearing loss or deafness.

Saying we aren't inclusive, is failing to understand long-established norms.  Deaf aren't inclusive, only of each other that's all and have some legal right to stay that way.   I don't see your sites viable in those respects to say we are 'all one and the same' it's not true, and this isn't a coca-cola advert it is our lives.

I wish the signer well but I'm not them, and I'm not spending my life ignoring my need because it isn't theirs.  We can co-exist it's what they are doing already.  THAT is equality.  Stop with the one world crap, never heard of diversity? or a right to choose?  It doesn't mean only YOU get to do that, equality is a double-edged sword.   You cannot do what you want, IF, it affects someone else.  You cannot speak in other people's name either.

Democracy is a myth too.

"Has anyone been turned down when reapplying for their freedom pass after holding one for 5 years. I’m being told I no longer meet the criteria, which hadn’t changed and being a previous holder means didley swot!! I’ve appealed and no joy and cannot appeal further as it’s a “policy” decision???"

Here they are removing them.    I don't know about other areas but the rules seem different depending on where you live because it goes through local authorities or used to, also subsidies are not being funded by a lot of areas who cannot afford it.  A lot would look to see if you were registered with their social or welfare services, if not they would be reluctant to approve or renew a pass without another assessment, they won't just accept nothing has changed for you, obviously, if a change for the worse has happened, it would need a re-assessment also.

Using LA social and welfare provision was a rubber stamp to get one as they have already approved or supported your issue etc. It's a throwback in part to the deaf people who were with social services all the time and had their own dept as well as LA's being heavily involved in their disability/mobility support.  It's fair to say a lot of deaf are now not getting automatic passes either or welfare allowances.

The price of deaf emancipation it seems. The pass provision was expanded by legal test case brought by a hard of a hearing woman, who proved that an inability to hear announcements and such on trains or airports or bus station/coaches or able to follow speech properly, meant she got lost or left behind and incurred higher costs as a result.

It was still argued this did not justify free travel as that situation still hadn't changed, communication would still be an issue, the legal case was however successful in proving subsidised travel was proven a case.. the system was already subsidising disabled with same/similar issues. It was a breakthrough, in that it changed the definition of 'mobility' (And indeed disability).

HoH got them initially, regardless of how much loss they had, but that has changed, systems now demand you prove a very high degree of loss first and to prove you needed assistance with it, deaf signers had lesser problems doing that because most rely on interpreters.

HoH had huge issues because they didn't or had a support system as such, and it came down to how you managed in front of an assessor, lip-reading well invalidated a claim etc.. you can be punished for doing the best you can, pride was a fatal approach as HoH then wouldn't press the issue or challenge a denial despite a success rate of 65% if they did.  Many lost a pass altogether, 63% recently lost PIP/DLA for the same reason.

Hearing loss awareness hasn't a norm, and affects different people in different ways, a db here or there (or using a hearing aid), means systems demand 'proof' that even with such 'help' it is still a problem for you.  There are cases where sign users were challenged recently because they can travel on their own thus 'proving' they don't need any special help/free travel concession to do that.  That is the system challenging again the original breakthrough case criteria to make it not reliant on hearing loss problems.

If you undertook an assessment alone then your claim could fail automatically, the fact you were able was proof enough to the system you can manage. HoH are not social or welfare users mostly, so no reference point there to quote, the DWP has also hardened the rules and are challenging hearing loss claims. The more independent we all become the less need for support is the view.

The rows are on mobility because the passes were designed initially for people e.g. who had wheelchairs or had physical issues getting around, (as is the LA 'Direct Payment' allowance designed to help further), no deaf can claim that it is pretty specific to the blind mostly or deaf-blind despite the criteria stating it covers 'sensory impairment', the deaf and HoH aren't deemed in that same definition unless there are other serious disabilities as well.

Claims by HoH get challenged because by and large our 'mobility' issue is specifically a communication problem not e.g. walking etc. A lot still get challenged on buses because they are showing no sign of an inability to get around, our issue is invisible, thus what you cannot see doesn' exist to others.  Deaf people using assistance dogs are being asked to prove they are blind etc...


Free or subsidised travel on public/rail transport may well become a thing of the past for many disabled areas.  The more access we win the less welfare support you can claim it follows.
Posted by MM at Saturday, May 30, 2020 No comments: