Awareness was this the real 'Casualty'? 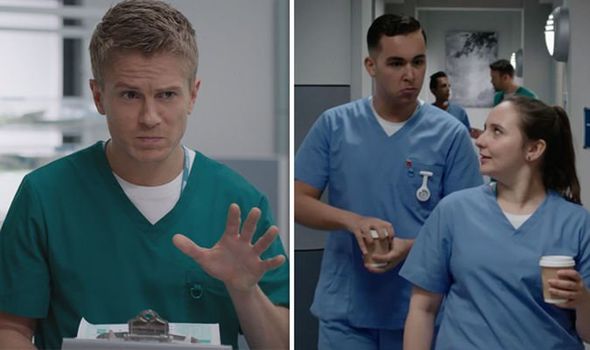 Being urged to watch a recent inclusion of deaf issues on a medical soap opera, I was astounded but puzzled as to what the plot was actually about.


The idea (I think), was to raise awareness an errant hearing parent had stifled a deaf daughter improving herself because medics viewed her unable to do anything for herself even talk, and she had become totally reliant on her hearing parent, who actively deterred sign tuition via advice from medical and other areas,, and that speech etc would be delayed or even non-viable if she took it up, in essence, the Mother (Hearing), opted for the oral approach.

Of course, this was/is, still, a norm in many respects, as many experts in the field are reserved about immersive sign approaches and point out that in the case of sign tuition today, adults are discouraging speech, to be avoided, as it is upsetting to deaf people.  So how would the nurses mum lip-read her peers if they don't speak? or others?  We didn't see that covered in the TV program so it appeared a bit one-sided from that perspective.  Taking her hearing aid off in work was less than subtle, another 'dig' at 'alleviations' for the deaf.

By far the most puzzling aspect was some sort of relentless dreamy expression on a nurses face and relentless 'white noise' being played in the background.  Was it Tinnitus? we weren't really told anything about that or why it was included.

As awareness of being deaf, I doubt anyone at all watching could be convinced this nurse was, either as a deaf adult, or born that way.  There was a lack of explanation really of the background, which the nurse claimed as horrific and she went from one foster home to another, but, managed to lip-read perfectly and sign along the way apparently, so not all bad news.  Dumped at age 3 because she was uncommunicative and not speaking, I doubt the system would have just shrugged that off the nurse is far too young for it have been allowed to happen, it would have been picked up after birth.

I understand Deaf took active part in the script this time? but I think 'work in progress' was the overview, probably fell foul of their own fence-sitting on the hearing loss issues.  The deaf woman (Apparently her long lost mother who dumped her because Gran had enough on the plate with her and viewed another deaf relative was one too many), was rather unkind and unrealistic, even via artistic licence.  Of course, social services never existed in this woman's time and she couldn't have attended school anywhere or they would have picked it up?  Unlikely.

I can recall way back when the obvious result of a deaf child being born meant shipping them off to institutions and deaf schools where there wasn't really much to choose between either.  The 3 women involved were too young for that to have been the case.   Looks like another hatchet job on bad parents not letting deaf children sign, ah, NOW I get it!

At least we were all spared 'This is what Deaf people do...'  So one lesson has been learned.
Posted by MM at Sunday, July 12, 2020 No comments: