It's a PETITION (Not a declaration of intent).

No more PIP reassessments for people with Lifelong disability or conditions? What was posted online:

"When a disabled person has a lifelong disability, or condition that will not change and will not diminish, they should not have to go through Light Touch Reviews at 10 years. If someone cannot self-advocate, they can be taken advantage of and can be manipulated. Medical Consultants give enough evidence through their reports that 10 year Light Touch Reviews, or indeed ANY reviews shouldn't be necessary.

Our daughter Holly is Certified Sight Impaired, On the DeafBlind Register, cannot use phones or fill in forms, yet we are still being told she will need a Light Touch Review at the 10-year mark, HOW? Unfortunately, we've already had an horrific PIP assessment when she turned 16 that we do not want to be repeated."

ATR response: As stated it isn't a declaration of accepting that deafness or blindness is for life by the DWP but a petition to hopefully do that.  However, validation is still an issue, as is defining deafness because grassroots are at odds with definitions.  Whether the DWP will then accept it as a lifelong reason for a disability allowance isn't so clear, the validity of financial support is defined on the ability to manage your issue.

I'm wondering if the increasing use of technology and such as well as relentless campaigns against being labeled AS disabled are undermining the support we need with our deafness?  Deaf are campaigning on the grounds of culture/language, so maybe the DWP is taking them at their claims and so not validating deafness and hearing loss support as a result? be careful what you ask for perhaps?   Recent 'new' video access to the DWP could well be used to suggest deaf don't need financial support as they already get free BSL support, the highest disability rate of Access to work help in the UK, reduced entrance fees to public areas, and free public transport on buses etc.

It's become an increasing 'problem' determining a lack of help is there or, support.  Whilst hearing with issues can claim help to facilitate social deprivation issues, the deaf can't, mostly because the 'Deaf' have own social setups and given any choice would stick with that.  Human rights are being used in cultural terms not disabled terms. The DWP allowances cover issues of disability in regards to hearing loss. LOSS is a prime factor as well as the ability to cope with it, Deaf are blaming lack of access, not lack of ability.

Nothing is for life at the DWP and can be reviewed at ANY time.  The only certainties in life are taxes and death.

Yes, we are deaf for life but if we claim deafness is NOT the problem we can expect that to have an effect, it then becomes a rights issue outside the remit of the DWP being political. When I first applied for an allowance they said being deaf was not an  'excuse', it took 6 attempts and 3 YEARS before I got the old DLA now that is gone again. I am profoundly deaf in both ears and have been for 50 YEARS. When I got DLA the DSS (as it was then), kept asking me when my hearing was coming back. I said never, they kept asking.

It would be a false assumption to suggest the deaf 'made' the DWP provide access this way.  Memories are pretty short. E.G. the DWP provided text access when we all started to use Minicoms. 2016 there was THIS.  A deaf charity offered to mediate.  That changed recently because the DWP wanted to retain all control over claimant applications and wasn't confident a BSL run area was neutral, being 'in-house' they could determine claimant approaches more effectively. (Bad news for claimants who are deaf).

In reality, the deaf only utilized video for their own social usage. Just as they do now with video apps etc. They are NOT being used to access the DWP or other systems much at all.  The DWP are also hiring own BSL terps so that deaf cannot rely on or use, terps they know.

There were also issues coming from the then 'Deaf' social services, (a dedicated area for the deaf sign user now defunct).  The Social services opposed Minicom use because they did not want to (A) fund them for the deaf, or (B) fund a telephone line as well, they also denigrated the deaf by stating there was no point, the deaf couldn't use a phone or read and write text, 'who would they telephone?'  Deaf were screwed by their own support.

Those statements empowered the DWP to withdraw access deaf campaigners had already got installed. In part it was to keep deaf reliant on social services who systems preferred to deal with.  When minicoms became obsolete the DWP withdrew the option, in reality, some Minicoms had less than 7 calls in 4 months, some had no calls at all. 100s all installed in regional DWP offices were mothballed.  Deaf started using faxes too these were also withdrawn and again deaf used the technology for themselves not interacting with the DWP or anyone else.

DWP also provided video access a few years ago. Campaigning deaf had reservations and still wanted face to face interaction with support, well, some did, but a lot didn't.  Part of the problem was deaf not using the options of access as each new technology presented itself to DIY. Minicom usage to police also became obsolete, where again the Deaf SS insisted there was little point in deaf terms for that, even suggesting Minicoms offered a way into police systems for hackers and spoilers. ATR campaigned against social services for 11 months to get a phone number deaf could use to THEM and convince the police direct access was viable.  So apart from getting a Minicom you had to get a number too.

I distinctly recall deaf refusing to use e.g. the police dedicated access and a lot still do. In the last few years, the DWP has started changing contact numbers and closing offices too, that in a few areas of Wales meant the CAB e.g. was unable to help the deaf because the DWP did not tell them of changes. The DWP has always been legally obligated to include the deaf and disabled, its not a black and white situation because 63% of ALL deaf are simply using family and friends to make those oral calls.  Demand has to be seen to be used.

During the last major benefit changes (PIP e.g.), BSL access, video access, and support were again established as a right then.  Part of the difficulties was the BSL user, who hadn't the support available they demanded, the BSL terps were swamped and couldn't meet the need of supporting EVERY deaf claimant the numbers just aren't there.  Offering video access is still an issue that deaf are advised NOT to use themselves without professional advice, because of difficulties understanding questions asked etc, so video access would be for the very few deaf confident of holding their own with a system like the DWP whose primary aim is to stop claimants from getting benefits.  Deaf complained the forms made no sense to them, they couldn't read most of it.

Many hearing also, havehad extreme difficulties wading through what is a very complex and negatively-run system.  In reality the deaf would be better off NOT attempting to use video access to the DWP alone, but seeking professional advice and letting them do the applications for allowances or sort out issues.   Deaf would have to record video interaction with the DWP too, and the DWP permission to do so would have to be agreed, or, an issue following would be invalidated.   Copies of video interactions have to be sent to the DWP also. 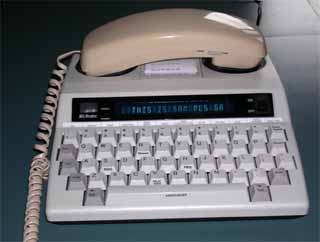 Sadly in areas of the UK there are still no adequate BSL - oriented DWP claim support areas they can turn to.  BDA advisors in Wales e.g. were approached and none were found qualified to help. Personally, I don't think 70% of the deaf are capable of using video effectively, it's one thing to sign to family and friends quite another to deal with the state arm of the DWP whose sole aim is to  PREVENT deaf claiming anything.


Via PIP one thing we learned was the DWP constantly moving goalposts continually and putting time limits on responses etc a lot of deaf people struggling to get advice ran out of time and out of claim eligibility.  The DWP like the NHS has ALWAYS been legally obliged to include deaf people, but barriers exist often with the inability of the deaf themselves to pursue their claim without help.  Its like deaf people having a visual doorbell, it works fine, you answer the door then....?

Obviously using a 3-way approach with a translator involved is a help, but, BSL interpreters are NOT DWP savvy and cannot help you on points of claiming allowances, they are there to translate what hearing people say, nothing else, the response has to be your own, so if you use video you better ensure you have ALL the avenues covered yourself first.  I don't think the DWP offering all sorts of access can help deaf with that issue.

I suspect this 'access' will be as difficult to utilize as all the other means being offered.  Obtaining video access is just.... the START.
Posted by MM at Wednesday, August 26, 2020 No comments: