It's refreshing reading recently someone has realised 'recognition' of BSL did not include rights as such, just 'recognised some deaf used sign language.  Most of the misunderstanding regarding deaf rights came from the British Deaf Association who stated the European Union had forced the UK government to recognise sign language and thus legal entitlement followed. 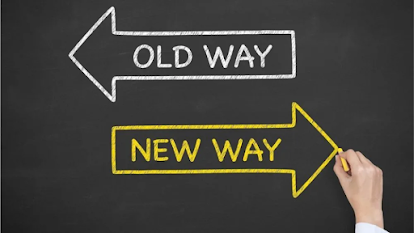 The reality is that while the UK government accepted the EU suggestions (The EU at that time recognised 37 other minority languages too),   the only 'legal' right that followed was deaf having interpreters to access state and other essential systems. Those didn't really include schools as each according to need is the rule.

There was never a commitment to enforce BSL in schools and it is doubtful that can happen now. Least of all as a sole means. A BSL act won't help much if the professionals needed to make it work don't get trained up first either.

For example, more trained teachers for the deaf, support in classrooms (which needs to be via note-taking and lip-spoken support as well), as all children are different in ability and need requirement. A viable awareness of the nation's language and written grammar is a must too.  A BSL Act would tend to push bias support towards one format only and accompanied by demands for own grammar and such which is contrary to the national curriculum.  Given fewer deaf children are around compared with years ago, the tuition base would have to be re-established and retrained too.  More so if BSL was to be the format used.

If a BSL Act meant deaf children in classrooms were divided by decibel or format that would undermine the deaf systems too and create have and have nots, it goes without stating apart from the state, parents pretty much decide what happens nobody else. Deaf activism has repeatedly attacked parents for CI's and mainstreaming as it is, so not done their cause much good as a result.

The fact remains no BSL lobby area is going to get to choose how deaf are to be educated, it's all relative given they should be demanding the training up of the people to make it happen. There are allegedly 50,000 or more deaf BSL users, regardless if there is truth or not in those claims, only 1 deaf adult sign user in 166 has access to an interpreter.  It's far from clear from those figures where the demand actually is.  If a BSL Act demands a BSL school and BSL for adults, it is blatantly obvious the support isn't going to be there to make it happen and demands are going to be rote for years with little result.

What it 'might' do is give more jobs to deaf people, but they still are not the pros needed to educate unless it is indoctrination approaches to culture etc.  For deaf to be involved IN the educational areas of deaf children requires skills a lot just don't have and aren't being taught to acquire.  They know this, and are demanding the lowering of the academic bar via cultural right, so they can get involved, but where does that leave the deaf child?  Being taught by people who cannot access mainstream themselves, have difficulty reading, and need support?  Cannot teach them what they need to know?

Parents may well have a differing view of that. Teaching any child with a serious disability issue requires quite high care and academic and adaptability skills, not just an ability to use BSL. Technology has undermined BSL to a huge degree (Lip-reading too), and the writing on the wall was there via '888' (UK), along with subtitling/captions that have freed up the deaf in reality, and both still relegate sign language to minority status.  Those who manage bilinguality know which side their format bread is buttered on and it isn't BSL.

If deaf activism worked towards inclusion and engagement instead of separatism and going it alone, then deaf would have a future and not doomed to repeat the mistakes of an already proven failure of dedicated deaf schooling approaches.  The days parents are forced to send their kids away to some outpost in a field, to emerge as young adults still unable to manage mainstream, is not going to happen any more.   We want, indeed demand results.  Children deaf are entitled to it.  They cannot learn integration and inclusion from a point of isolation, academic or social.

It's OK to be different but pointless being irrational about it, the deaf need the skills to manage inclusion and to compete on a level playing field, activism seems to want the systems to level down to them. They need to realise the old systems that propped up the deaf way have gone, there is no real community base any more.  We don't need another generation emerging with a chip on its shoulder blaming others.  We need to move on or get left behind.