Where is the Interpreter?

He's behind you (Oh yes he is, oh no she isn't). Joking aside, No, it's not a new game for Christmas for the kids, but a current campaign and lobby to get Boris with a BSL interpreter so we i.e. the English 'we', can follow what he is saying (Good luck with that the rest of us haven't a clue and not really interested either!). 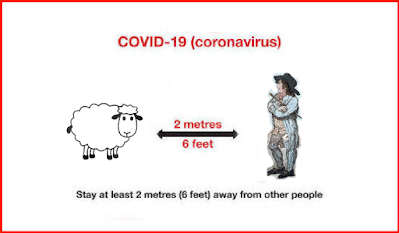 Because of how the UK is addressing COVID, which is targetting northern England rather unfairly, the deaf have started lobbying for more BSL and insisting COVID infects us all the same way deaf and hearing, DEAF POWER!   Now, the latest wheeze is instigating a 'tiered' system of lockdowns with varying severity, depending upon various individual statics area via area, and dependant on if the buses are still running,  (Try to keep up). God help the terp trying to make that as clear as mud to deaf people via sign language, and those who think graphs are something inside a pencil.

The 'Tiered' system is in 3 parts (Allegedly but), it goes

Take care, its out there.  Wear a mask and don't touch anyone without a 2-metre bargepole that hasn't been smeared to buggery with dettol.

It gets worse, gym classes are closing, no more nooky with the neighbours. Or travelling to Nova Scotia on the pretence they sell better apples.

You are in the S.H.I.T and then some, we did tell you, but you didn't listen, now pay up, lock up the elderly in prisons,  and quit the partying.

ATR has been at DEAF Tier 2 for years. To be serious... (Albeit covid madness does spare us some of the mental pain of trying to understand UK hieroglyphs), I think the deciphered runes will say we're screwed basically.  Is there a real point in getting miffed with Boris when fair play, he is in the dark as much as we are?  Would a BSL interpreter standing there make it all that clearer?  ATR suggests for COVID information the random nature of signed explanation is not helping anyone really and emanating from respective devolved areas 'looks' like access but apart from that image, those for whom nothing gets through unless it is signed (There must be some like that), they still aren't getting any in-depth detail are they?

It is more important local authorities explain the rules as it applies to you. What Boris says doesn't really apply to Wales/Scotland or N Ireland who can follow or ignore what he advises etc Wales just banned the English from going there. I don't watch him anyway as the devolved government here has BSL every time and titles even some welsh language if that is your forte.

We could probably do without the constant adverts for Armageddon 'though. Scotland and N Ireland also ignore that bloke who doesn't own a comb in London.  It appears Northern England is starting to ignore him too, you touch their pubs at your peril obviously.  Democracy means you can be as bloody-minded as you please (BLM and 563 other hashtag issues permitting).

It follows then the responsibility for signed support rests with your council?  (You know those people who empty your bins now and then or you pay council tax to), and with every area in England doing different things that is the logical area to lobby for signed support not Boris, who says in the room he gets with 2 others, a Terp is one person too far, social distancing and all that, or a concern BSL is infectious too. He explains the overall government view but localised issues and implementations rest with the local authority itself.

Like Boris they are saying use the app, go online etc or even watch the BBC, which is considered quite contentious advice as most presenters are running around our streets yelling the end of the world is nigh. 18% of the population isn't online and consider the internet a tool of the devil.  In some deaf surveys, 38% of those thought the internet was for catching butterflies or newts.

The online BSL channel BSL Zone lost all those viewers overnight, but, who is counting anyway? Thye could try SEE HEAR but it would be cruel to disturb their sleep, they are getting on you know.  One question campaigners never ask, is why did neither of these dedicated BSL channels do the updates? after all it is what they are paid for, not following deaf bicycle riders around etc..    They could have come into their own but decided access is for hearing to provide not them.

Sadly it seems some local areas are defying Boris, so again local support seems essential and will raise awareness a lot quicker too.  Where is the terp?  ask your councillor.  Sadly mine is still in glorious isolation in the Bahamas somewhere waiting for the whole thing to be over.